Hello! Good evening! I have been binge watching this tween musical comedy on Netflix called Julie and the Phantoms by the great Kenny Ortega of High School Musical fame (you think I’m kidding? but I am NOT kidding). And let me tell you something real quick.. it is honestly worth it?

Fag Rag: The ’70s Paper of Gay Political Revolution. This is the shit I’m here for.

20 Years Ago, Queer Women in Toronto Fought the Police. And Won.

Kamala‘s got a hot tip for you: “Basically, in quarantine you either decided you were in love with the person you were kinda dating or it became very clear you were not. Pathetic Woman is a short film made pre-COVID, but it very presciently anticipated option one with co-dependency brought up to another absurd level — even for queers.”

And speaking of our Editor-in-Chief Kamala…

like all the best lesbian stories, my novel begins at a 4 am bar in chicago. the real deal drops Oct 19th and you can now read the opening at my publisher's website! @notacultmedia https://t.co/JLMwDHCDyP pic.twitter.com/H23cHgYVch

Remember that new Janelle Monáe song, “Turntables” from the Stacey Abrams’ documentary? Well, now it has a full video and I’m very excited about that fact:

A Ball Python Laid 7 Eggs at the Saint Louis Zoo, Even Though She Hasn’t Been Around a Male in Years. ““Let’s go, Lesbians!” — Billy Eichner

What Do We Do When the Sky Is Orange? We’ve had a lot of Autostraddle Team members who had to plan exit strategies over the last week.

Liberation Library Is Pushing for Prison Abolition, One Book at a Time

Why Did We Ever Settle for Kettle Chips? From Vanessa: “this article is wrong and I am distressed about it!!!”

Picking the WNBA All-Bubble Teams: The 10 Top Stars and Five Best Rookies. (According to Heather, “This is a delicious list featuring Arike and Candace on the first team and Taurasi on the second… oh and a lot of gays.”) SPORTS! And what a great time to once again plug our weekly WNBA Autostraddle Column by Britni De La Cretaz!

Ok. So, right, I know basically nothing about sports. But this is now officially a Naomi Osaka Stan Account.

We salute you fam! ✊🏾✊🏾✊🏾@naomiosaka thank you for reminding the world that #BlackLivesMatter pic.twitter.com/iaDFaX6frM 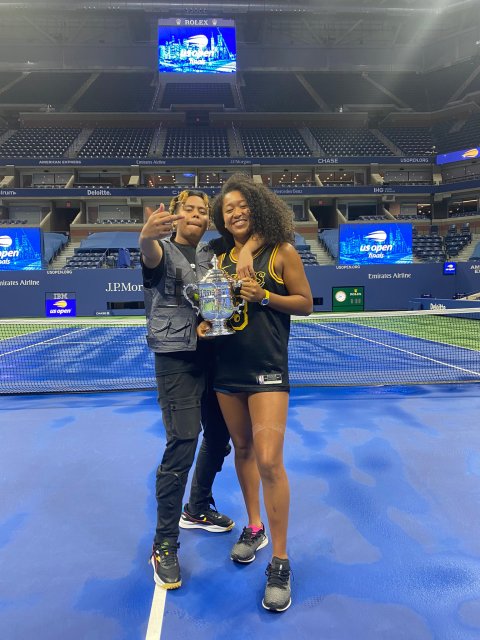 Autostraddle’s very own Christina Tucker of No Filter Fame also moonlights as a podcast maven, perhaps you’ve heard. Well! Her newest podcast adventure with Alanna Bennett and Jordan Crucchiola, “A Simple Podcast”⁩ is about the gay neo-noir comedy thriller we all love (by “we all” I mean ME!) A Simple Favor — Anna Kendrick is hot for her mommi neighbor Blake Lively and we’re proud of Christina!

“Nice girls grow up to be nice women who forsake their personal boundaries in exchange for likability. Nice girls go with the flow, until the day they realize they are drowning, and then they retreat behind walls.”

It’s Time to Take Inventory of Your Personal Boundaries

“I Have Blood On My Hands”: A Whistleblower Says Facebook Ignored Global Political Manipulation. Uhhh.. yeah, we know.

Dr. Fauci Says We May Not Get Back to Our Normal Lives Until the End of 2021. Hahaha “normal”

Florida Democrat Andrew Gillum Comes Out As Bisexual. A fun fact about me is that for a few weeks at the end of the 2018 election cycle, I got to travel to Florida and work on Gillum’s gubenatorial campaign. It’s one of my most cherished memories, and even though I wish he hadn’t been forced to come out in response to leaked photos, I am wishing him wholeness and peace.