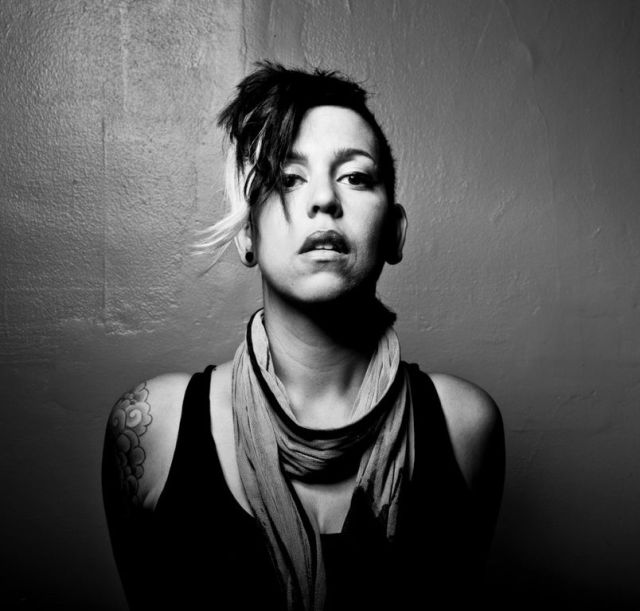 AG is a singer, songwriter and multi-instrumentalist who’s arguably over-qualified for this segment. She’s released eight albums, shared stages with artists like Tegan & Sara and Jeff Buckley (!) and was one of the founding members of The Rescues, which is a pretty rad band. Not shy of a challenge, late last year AG did something that I’m not certain many artists would be game enough to do: cover and release a handful of widely-loved songs by The Beatles, including a sultry genderbending rendition of “I Wanna Be Your Man.” Be sure to check it out below.

A Feist meets PJ Harvey baby. A brown baby though.

“I Wanna Be Your Man”

An irresistible urge and an overwhelming need. And I’m also not good at anything else (-:

Wow, well, I’d have to say no. But that would only be because my least favorite band in the world is Fine Young Cannibals. And there is just no way I could put myself through listening to them for even one second. No matter how cute the girl is. My vision at that point is clouded by by hatred.

How do you spend your time when not making music?

I direct music videos, I paint and take photos, and I build furniture. Basically if I’m not creating something all the time, I start to twitch. Very unattractive.

Best thing: traveling and being in the moment. It forces you to live in the present. Worst thing: Being hungry. Sometimes I go all day without eating because I refuse to eat McDonalds. And I pay dearly for it let me tell you.

U2 – Joshua Tree. That record is like praying to me.

Lately I’ve been doing Jillian Michaels moves. The punch out is a good one. I do these ALONE. No one but J Michaels looks good doing J Michaels.

Last book I read: The Girl with the Dragon Tattoo.
Last book I finished: The Hunger Games, book three.

Do you have any pets, and can we see a photo? 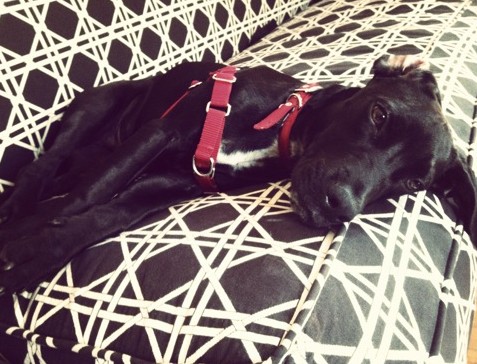 Everything else you’d like to know about AG, including where you can pick up The Beatles EP, can be found here: