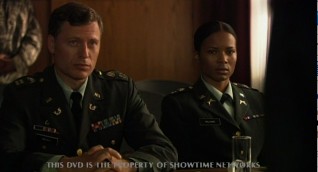 DADT: It still exists, and as long as it does, we’re going to keep talking about it. We’ve mentioned before how lesbians (especially African-American women) are disproportionately affected by DADT, and this weekend some other people noticed that too! Eugene Volokh discusses on his blog the fact that, when virtually all of the rhetoric surrounding DADT seems to be focused on how gay men’s sexuality is a threat to the cohesion and morale of their (presumed to be male) unit… well, if one there doesn’t seem to be any “reason” for lesbian soldiers to be banned at all. According to Volokh, lesbian soldiers are in fact closer to the army’s ideal for a female soldier than straight women. He says:

1. They are less likely to get pregnant.
2. They seem less likely to get sexually transmitted diseases.
3. If the stereotypes about lesbians tending to act in more masculine ways are generally accurate — hard to tell, for obvious measurement reasons, but that seems to be the conventional wisdom — then that cuts further in favor of lesbians as opposed to straight women. Many women may well make great soldiers, but if we’re speaking about generalities, and the military policy is generally defended using generalizations, I’m happy to at least tentatively assume (as I suspect would the military) that stereotypically masculine traits and attitudes tend to be more useful for soldiering than stereotypically feminine ones.

If all that’s true, Volokh asks, what possible rational reason could there be for wanting to expel these women? Even if the fear of sexual aggression from gay men were realistic (which it isn’t), there’s no real concern about the same thing with lesbians “since presumably they would very rarely be serving in all-female units, and never in all-female combat units.” 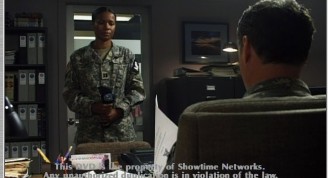 Queerty elaborates – first by pointing out that some of Volokh’s assumptions, like that we don’t get STDs and that butch women are more masculine and therefore better soldiers, are kind of problematic/untrue – and also by pointing out that no, it doesn’t make sense that we’re expelled from the military at all, and it definitely doesn’t make sense that we’re expelled at such hugely disproportionate rates.

In 2009, women accounted for 15 percent of all active-duty and reserve members of the military, but more than one-third of the 619 people discharged last year because of their sexual orientation. Queerty puts it best:

“It seems almost discriminatory (hah, get it?) that the entire conversation about DADT has revolved around fear of gay men rather than the reality that lesbians are more often the target of the homophobic policy—just another example of how society, and commentators, overlook lesbian women in gay politics.”

The hysteria in the government and the media over predatory gay men does indeed reveal our cultural blinders towards issues that actually affect lesbians in real life and not just in Girls Gone Wild, and also two other things:

One, how incredibly male-centric we are – even if gay soldiers did make the other men in their units somehow less effective, um, not only men serve in the military! There might be a lot of female soldiers who are glad to have comrades who won’t contribute to the outrageously high sexual harrassment statistics in the military.

And second, how outrageously divorced the rhetoric about DADT is from the reality. Maybe after a year-long study someone will figure this out!

Also, New York Magazine has an interesting piece about the “studies” done the first time around; quoting Rear Admiral John Hutson; “Our decisions were based on nothing. It wasn’t empirical, it wasn’t studied, it was completely visceral, based on our own prejudices and fears.”

ANOTHER SIDE TO DADT: Michael Anthony, author of MASS CASUALTIES, recently emailed Autostraddle wanting to tell his story. His book, drawn from his personal journals during the first year he spent serving in Iraq, is a non-partisan look at some of the escapades that go on behind the scenes in Iraq:

My name is Michael Anthony,  I am an Iraq war veteran and having spent six years in the Army, at the age of twenty-three, I have spent more than a quarter of my life in service to this country.  I have four older brothers and an older sister, all of whom have been in the military: Air Force, Marines and Army.  My father and both my grandfathers were in the military.

Hailing originally for a small sheltered town just south of Boston Massachusetts, I say this in all earnestness: the only gay people I know have all been in the military.  This is not a joke or some talking point, it’s literal.  Generals, Commanders and Civilians can talk all they want, but the fact of the matter is, the only gay friends I’ve had have all been in the military, in fact, my only experience of gay people(outside of the military) is when I once watched and episode of the TV show Will and Grace (it was kind of funny).

If people are already in the military and gay—from my former unit alone I know close to a dozen—what is it that people are afraid will happen with the repeal of DADT? Are people afraid that it’s going to hurt troop morale?   The Military suicide rate is at a thirty year high having consistently risen for the past five years, with eighteen veterans killing themselves everyday (according to the VA) so it seems like it can’t get any worse. 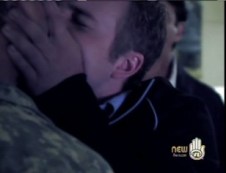 With everything said, there is a negative aspect to repealing DADT.  Having been in the military all my adult years, my peer group is filled with Iraq and Afghanistan war veterans.  Several of these war veterans having done two or three tours, have sworn that they will never go back to Iraq or Afghanistan.  Upon further questioning on how they plan to get out deployment if called, their answer is simple: “don’t ask, don’t tell,” expounding further, they say that if they’re called up, they will simply kiss a member of the same sex—in front of their commander.  So how is repealing DADT going to affect the military?  The answer is simple…my friends who jokingly suggested using DADT as a way to get out of a deployment are now stuck going to Iraq or Afghanistan.

And please don’t even get me started on the escapades that go on overseas.  But hey, what happens in Iraq stays in Iraq…ahh not quite.

On his charge that troop morale has never been lower, I’d recommend checking out The Fort Carson Murder Spree, which appeared in Rolling Stone last year.

Also check out Autostraddle’s interview with DADT discharge Lissa Young, and Skyler James who was outed by her fellow comrades and fled the military due to the abuse she suffered there when denied her expected DADT discharge.

SOCCER: UK footballers who were asked to participate in an ad campaign denouncing homophobia have refused, saying “‘At the moment, no one wants to be the player putting their head above the parapet.’ Justin Fashanu “encountered hostility” when he came out in 1990, and a source from the Professional Footballers’ Association has been quoted as saying “Maybe in three, four or five years we will have more players involved.” (@dailymail)

LUNAR NEW YEAR: On February 21st, there will be official queer participation for the first time in the Lunar New Year Parade in NYC. “The Lunar New Year parade will not only raise our visibility within the NYC Asian communities but also within our own families, especially during such an important time of the year where families come together to support one another. We’ll be there to be part of the Asian community and also to show that though we suffer hardships there are still loving families.” (@thebilericoproject)

CONGRESS: Gay mayor of Providence, RI, David Cicilline, has announced he will be running for the congressional seat now held by Rep. Patrick Kennedy. He would be the fourth openly gay person elected to the House of Representatives. (@theadvocate)

PARTNERSHIP: A domestic partnership bill is expected to finally get a hearing in the Senate Finance Committee in New Mexico on Monday. (@pamshouseblend)