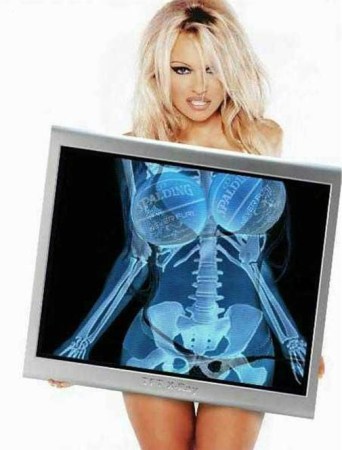 According to a statement from Peter LaBarbera, president of Americans For Truth About Homosexuality (AFTAH), gay Transportation Security Administration agents should not be assigned to pat down travelers “to avoid being put in sexually compromising situations.”

LaBarbera was responding to a recent statement by Homeland Security Secretary Janet Napolitano, in which she stressed pat-downs would be performed by members of the same gender. In USA Today, Napolitano wrote, “Pat-downs have long been one of the many security measures used by the U.S. and countries across the world to make air travel as secure as possible. They’re conducted by same-gender officers, and all passengers have the right to request private screening and have a traveling companion present during the screening process.”

LeBarbera responded with homophobic comments and fears of groping, as well as casually speculating that if Ellen DeGeneres were to pursue a new career in security, she wouldn’t be assigned to inspect female travelers:

Due to what Christian Newswire calls a “pro-homosexual Executive Order” and what everyone else calls equal rights, the TSA does not discriminate on the basis of sexual orientation. LaBarbera, however, advocates for “healthy discrimination” and suggests that the TSA “should put conditions on employment for self-acknowledged homosexuals” to avoid “sexually compromising positions.” He argues that this is necessary because otherwise a gay man might be assigned to screen a woman who might think he was straight, and “chaos would ensue.”

In what is perhaps the best part of the article, if by best you mean “place where I stopped reading after being involuntarily blinded with rage,” LeBarbera says that his proposed measures are in fact a means of protecting gay people from discrimination: “To allow homosexual agents to conduct same-gender pat-downs is tantamount to a new form of discrimination that must be recognized and prevented.”

To summarize: LeBarbera is uncomfortable with pat downs because they might be sexual and make people uncomfortable, even though they are routine and either random or requested (as an alternative to the new imaging scanners). Same-gender pat downs make sense, but he says they can only be preformed by straight people, and that this isn’t discrimination, it’s “healthy discrimination,” which will in fact protect gay people from “a new form of discrimination.” This guy is crazy. Here’s what’s actually important about pat-downs, note that it has nothing to do with a. inventing new ways to be homophobic or b. inventing new records for misuse of the word “discrimination”:

There has been a recent spike of interest in airport security and screenings following passenger John Tyner’s refusal to go through a body scanner at the San Diego International Airport on Monday. After being told that instead of the scan, he would have to submit to a pat-down, Tyner said, “We can do that out here, but if you touch my junk I’m going to have you arrested.”

As a result, National Opt Out Day has been organized for November 24. According to a statement from the organizer:

“It’s the day ordinary citizens stand up for their rights, stand up for liberty, and protest the federal government’s desire to virtually strip us naked or submit to an ‘enhanced pat down’ that touches people’s breasts and genitals in an aggressive manner. You should never have to explain to your children, ‘Remember that no stranger can touch or see your private area, unless it’s a government employee, then it’s OK.’ The goal of National Opt Out Day is to send a message to our lawmakers that we demand change. We have a right to privacy and buying a plane ticket should not mean that we’re guilty until proven innocent. This day is needed because many people do not understand what they consent to when choosing to fly.”

A recent poll by CBS found that 81 per cent of respondents do not object to screenings. (@pamshouseblend)

Victoria Kolakowski has been elected superior court judge in Alameda County, California, making her the first openly transgender judge in the US.

Kolawski, a patent attorney who has served as an administrative (legislative) judge for the California Public Utilities Commission, won with 51 per cent of the vote against prosecutor John Creighton, who had 48 per cent.

In an interview with The Advocate, Transgender Law Center executive director Masen Davis said, “We are absolutely thrilled that the people of Alameda County have elected Victoria Kolakowski to be their next superior court judge. We’re fortunate that the voters judged Vicky on her merits.” (@advocate)

The average coming out age in Britain has dropped significantly in the past 20 years, according to the results of an online poll by Stonewall, a U.K.-based gay charity.

The poll found that lesbian, bisexual, and gay people currently 18 or younger came out at age 15 on average, while those 60 and older came out at 37 on average. The poll was conducted via social media and had 1,536 respondents.

According to Ruth Hunt, Stonewall’s Deputy Director of Public Affairs, the results are encouraging and a sign of an increased need for support for gay students and anti-bullying in the school system. (@feministing)

Tina Fey won the Mark Twain Prize, and PBS snipped the following from part of her acceptance speech:

“And, you know, politics aside, the success of Sarah Palin and women like her is good for all women — except, of course, those who will end up, you know, like, paying for their own rape kit ‘n’ stuff. But for everybody else, it’s a win-win. Unless you’re a gay woman who wants to marry your partner of 20 years. Whatever. But for most women, the success of conservative women is good for all of us. Unless you believe in evolution. You know, actually, I take it back. The whole thing’s a disaster.”

According to Peter Kaminsky, a PBS executive producer, the cut was not related to content: “It was not a political decision. We had zero problems with anything she said. […] We took a lot out. We snipped from everyone.”

This is not the first time a Twain recipient has been edited: in 2008, George Carlin’s “Seven Dirty Words” (that you can’t say on television) routine was bleeped out. You can watch her unedited speech here. (@dorthysurrenders)

Yesterday evening, Washington Post columnist Jonathan Capehart, who is openly gay, appeared on MSNBC to talk about John McCain’s position on DADT. Highlight: “My question to Senator McCain is, what are you afraid of? Why are you defying the Pentagon leadership? Why are you defying the American people? After serving this country so valiantly and with honour, why are you standing in the way of others yearning to do the same thing but who are denied simply because of who they are? Don’t Ask Don’t Tell is a shameful policy. Senator McCain should be ashamed of himself for stubbornly standing in the way of its demise.” (@joemygod)