“Debt” has been in my vocabulary too long. Let’s get rid of it. 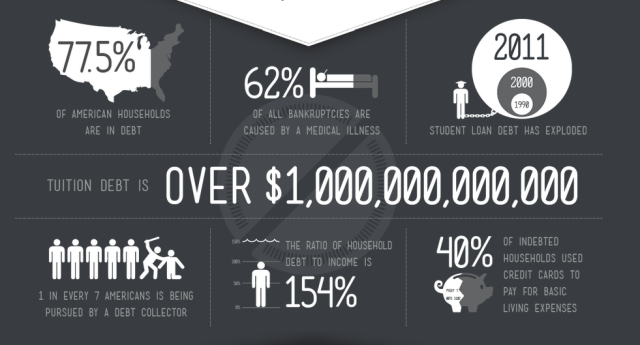 Today is the Launch Party for Strike Debt’s Rolling Jubilee, in which the huddled masses yearning to breathe free finally will be.

Rolling Jubilee is a Strike Debt project that buys debt for pennies on the dollar, but instead of collecting it, abolishes it. Together we can liberate debtors at random through a campaign of mutual support, good will, and collective refusal. […]

Jubilee comes from many faith traditions including Judaism, Christianity and Islam. A jubilee is an event in which all debts are cancelled and all those in bondage are set free. It worked in Biblical times and it can still work today. For example, a kind of jubilee happened in Iceland after the 2008 economic crisis: instead of bailing out their banks, Iceland canceled a percentage of mortgage debt. What these examples show is that debts are just a promise which can – and should – be renegotiated or cancelled when the circumstances warrant. Strike Debt believes that now is the time for a jubilee for the 99%.

Strike Debt, on offshoot of Occupy, is going all-out with a variety show telethon to prove that solutions to debt exist – if we want them to. Today, they’ll hold their sold-out event and stream it live from Le Poisson Rouge,  collecting donations as they go and working their way toward $3,502,802 in collected funds to abolish collective debt. For every dollar donated, 20 dollars in debt disappears.

You can learn more and contribute here.