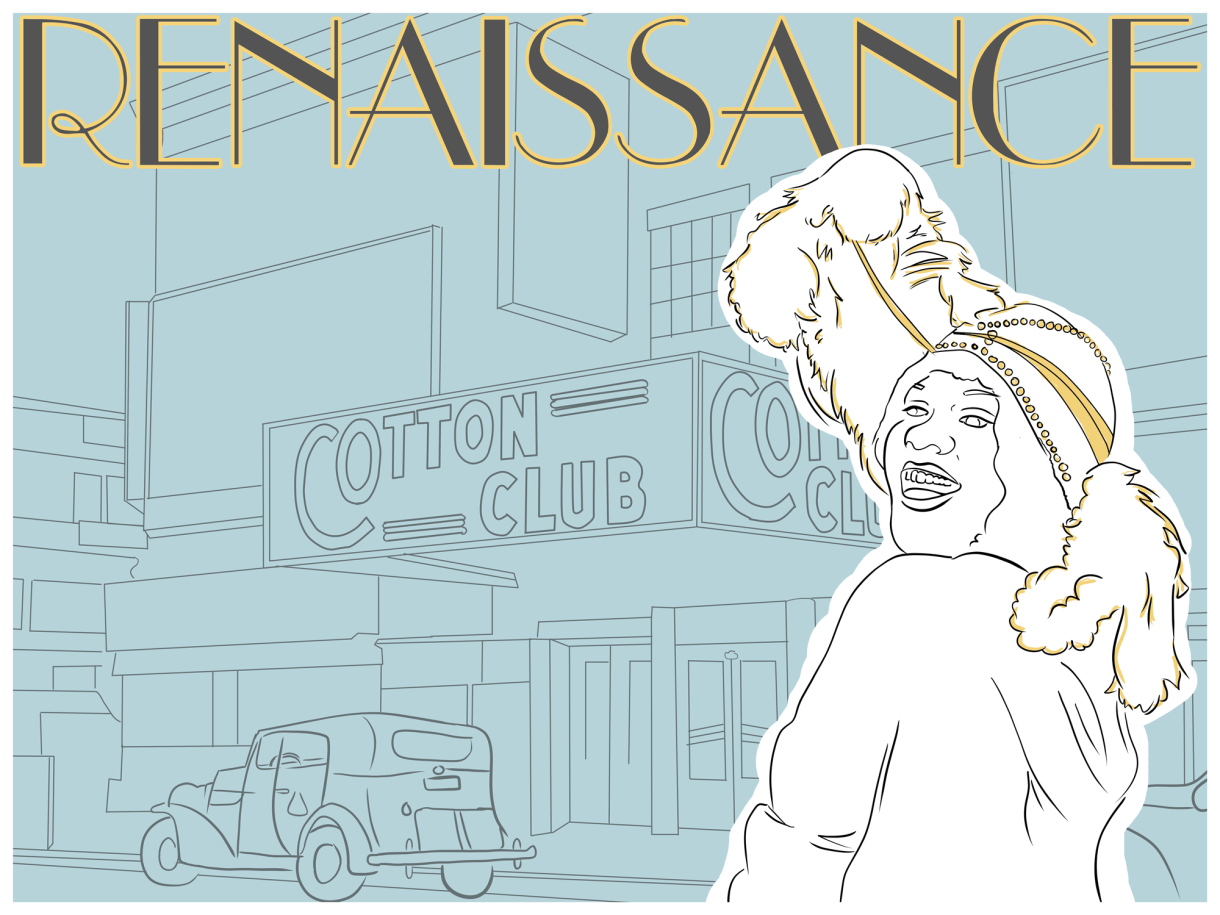 Many of us don’t yet have words for Beyoncé’s recent performance at the Grammys because… language has yet to catch up with her. But do you remember how, in Cranes in the Sky, Solange danced like a gold, shimmering bird? Remember how it felt to watch the last few scenes in Moonlight? How you were buzzing? Whether it’s the blues or a flash, there is this tradition of alchemy in African American culture. Using art to turn suffering to light. Inspired by Black History Month (but moving beyond it!), we are featuring personal essays as part of the Renaissance series. Each essay will describe how one queer black life has been saved by art. In the name of healing, wholeness and resistance, we hope you enjoy!

87 weeks ago I went to a Mykki Blanco concert. I stalked my “ex’s” instagram account just to fact-check that number. Let it be known that back then, the now ex was the first girl to make my soul sing, even if only quietly then. She was a hum I can still feel on my lips.

87 weeks ago we stood in the center of a beaten up Bushwick venue exchanging quick kisses between guzzling cans of beer we weren’t legally allowed to drink. We obviously weren’t friends but clearly were not an item. The newness was transparent. I would only let my fingers linger on her skin for so long, but her hair was half up and pulled back and my god I loved it that way.

We eventually waltzed our way forward to the front of the stage, excusing ourselves as we slithered by rows of mostly white arms all covered in what seemed to be stick-and-poke tattoos. Front left. We sway, waiting for an artist we both barely knew, still not exactly touching but close enough to count. We both were not quite sure what to expect, although I let on that I knew more of Blanco’s discography. Maybe it was the New Yorker, hey let’s go to this cool new underground show, developing in me.

She had gotten off the plane earlier that day and I had scrambled to find something special enough to fit her, something she’d really enjoy. We didn’t really know what we were then, in terms of “relationship status,” and if you had asked me I’d probably laugh and shrug. To be fair and to be frank I didn’t know much of myself then either. But, we had a similar taste in music and I knew she loved live shows. Two birds: A concert I wanted to see and a girl I wanted even more.

I had remembered reading about Mykki in an article once before — an underground gender-fluid black queer rapper. I hate the word “raw” as a descriptor but it seemed to make sense with her. Strictly from what I gathered from photographs, interviews and music videos, “raw” seemed safe to say. The tickets were cheap and from the songs I had browsed through, I figured this had to be novel.

It was maybe weeks before the concert that Blanco publicly announced she was HIV positive. I felt both lucky to see her and afraid to take up my space in the already small room, especially as only a fresh fan who could sing along with maybe three songs. I didn’t feel entitled to so many things in that moment: the headliner whom I hardly knew, the hand that lingered inches away from mine, the queer identity I barely knew belonged to me.

Mykki entered the stage the way you dream of entering a room, ideally with all of your exes in it, ideally with them begging on their knees. Her broad shoulders were back, her tattooed chest bare and high. She was hard. She was strong. She was powerful and radiated the kind of feminine energy my mother would advise me to avoid. There’s a lot of things a lady shouldn’t do, my mom tells me: show too much skin, sleep around, eat fast, kiss girls.

The crowd was packed, the room hot. An almost immediate intimacy fused us all together — it could be attributed to the cramped space but I’d like to think it was Mykki’s presence alone. It felt like a better version of the subway at six. Sardines. I can’t say I was immediately comfortable but I can say it got me hand-in-hand with the girl I brought along. Soon after that, the comfort set in.

Each song was a celebration of her individual voice — loud and black and hood and queer, bouncing from alto to soprano with ease. Her body contorted as she jumped and shrank and shouted her lyrics from her throat intro our gaping ones, each of us swallowing whole.

I wanted to wither at first, inside I could feel myself begging to shrink back at the strength of her pride. I didn’t want to free myself up to her, neither Mykki nor the girl to my left in the Green Bay packers cut off tee, looking at me the exact way I was thinking about her.

We continue to dance along, gaining speed and fluency with each dictated lyric. Suddenly Mykki was beside me in the dense crowd of underage drinkers and tattoo sleeves that sprouted from upraised arms clamoring for her attention, maybe her validation. All of us were closer than before, pushing hard and rhythmically to “Wavvy.” This song I sang louder, it was the only one I knew well.

My back and hips pressed against her skin, her hands held my waist and my toes curled at her touch. I sank deeper into her. All of us were touching, there was really no choice, but this was more than that. For a moment we were alone, deeply wound into one another’s rhythm. We swayed and we shoved, our sweat swimming from skin to skin, our throats shouting back and forth what might have been the right words.

I saw myself breaking every rule my mother once made for me, the same rules that seemed to be made for all women, but especially those of color. To be silent or restricted, to be anything but loud was something we left at the door.

I looked at Mykki, someone who’s music I could hardly recite, owning all of herself in front of me— in both the way she grabbed her body and her artistry by the fistful and shoved it in your face. There she was, full and damp in damn near underwear personifying what came to be part of my definition of a carefree black girl. And in nothing but her boy shorts; she was like Wonder Woman — but gayer and blacker and better.

I pushed and shoved and laughed and danced in big black shoes that would later bruise my feet, next to a girl who would later love me back. Our limbs were languid and loving. Only for a moment did a fierceness of envy seep into me when she noticed a friend of hers in the crowd. The sliver of emotion was not necessarily because I was jealous (he was a man and she was a lesbian) but more due to the fact that I only really felt two bodies in that room. One of them was on the stage, the other was next to me.

We looked back to one another, so hopeful and happy and all I wanted to do was stay exactly in this sweat-stained white crop top, brown belly out, make-up sprinting down my face, a cold ready to creep on, swaying my hips, raising my arms, hands open so wide. I always wonder what I looked like in those moments and I hope it reflected the way I felt: free.

There are few times where you are really able to feel your body and it feels wholly yours. Ironically, I began to feel mine in a crowd cramped so tightly together you may not even be sure where your body ends and your neighbor’s begins. My thick thighs kissed as I danced around. My back arched, spine contracted and I felt my form become my own.

Finding my body wasn’t necessarily the tangible feeling of it but the way I began to look at myself, the way I was forced to consider myself when watching Mykki Blanco roar across a too small stage. It was that intimacy that made us all special, lucky to bask in Blanco’s energy, wherever she was pulling it all from. She worked passed the venue’s compactness, using every bit of the stage, relentlessly taking up all the room that she deserved until she had given us everything. We could never fully know her roots but at least we got to see her leaves.

God, to walk through life like that. How hard it is when your body is loved less. I try my best to sit between men on the subway and manspread back at them, but I have few thigh muscles and it’s much more than that. I resolved to pull my own shoulders back and wear my spirit bare and unforgiving. I want to enter every room the way Mykki Blanco entered that stage.

I never formally came out, I was just kind of “publicly” gay one day. Although I knew my sexuality since sleepovers with a certain girl in the 8th grade, I struggled to take full ownership of it, as well as my blackness. To be a middle class, educated woman but to not be white often leaves you in strange social limbo of being a black girl aspiring to “whiteness.”

Surely I was able to suppress both my sexuality and in ways, my race — whether that was citing my previous relationships with men or flaunting my elite private school education. But as I stood a step below that stage, yelling and sweating and feeling my body for what may have been the first time, I realized I was finally fighting against the suppressed girl inside of me in order to find the entire identity I owed to myself.

When I think about my blackness as well as my queer identity, Blanco is not the first artist that immediately comes to mind but that night does…87 weeks ago, during my first summer in New York, with the first girl I ever loved, at a show, in a space, that showed me how to feel full.

Peyton has written 1 article for us.