My favorite genres in fiction are mysteries and thrillers, and I can say for sure that I’ve read every single book published by Claire McNab, Linda Kay Silva (The Delta Stevens series), Jennifer L. Jordan and others. But here’s where my taste gets a little complicated. Sometimes I don’t want to read romantic thrillers a la Gerri Hill, I want really dark mysteries and thrillers like Lilja Sigurðardóttir’s Snare (this one was an excellent suggestion by a friend and I’m anxiously waiting for the next part to be translated). I want the main characters to be lesbians, but I don’t always want the book to be centered on the romantic relationship. I’d really appreciate if you could help me with this. Thank you,
Yamila

Below are eight dark mysteries and thrillers featuring lesbian (and one bisexual) main characters; some have minor romance plotlines while others focus only on the thrills and whodunit. And if you haven’t read the lesbian mystery and thriller authors Yamila mentions, you should also check them out!

A Line in the Dark by Malinda Lo 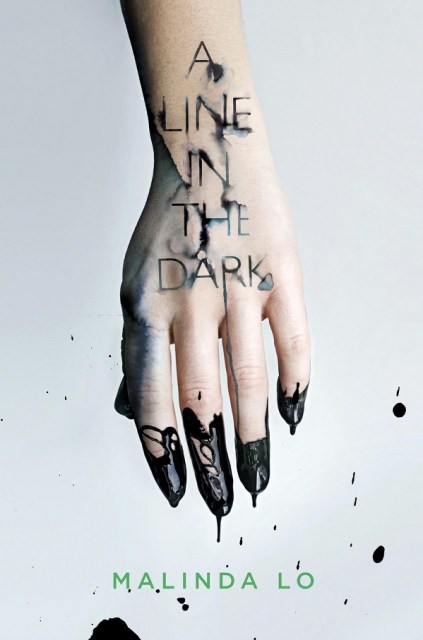 Toxic friendship, lesbian jealousy and dark secrets feature in queer young adult novelist Malinda Lo’s latest book. This isn’t fluffy, romantic queer YA: the main character Jess Wong is a kind of sidekick anti-heroine at the center of an increasingly complex web of secrets, lies and, eventually, murder. Her best friend Angie, who’s also a lesbian, falls hard for Margot, a rich girl from the neighboring private school. As Jess and Angie are drawn into Margot’s world of privilege and affluence, Jess can see that Angie is losing herself and can’t see how bad Margot is for her. Everything culminates one night at a wild party at Margot’s family mansion. Good thing Jess is able to pull her BFF from the ensuing darkness… or can she? Lo chatted with Heather about A Line in the Dark last year in her exclusive cover reveal at Autostraddle.

The Last Place You Look by Kristen Lepionka 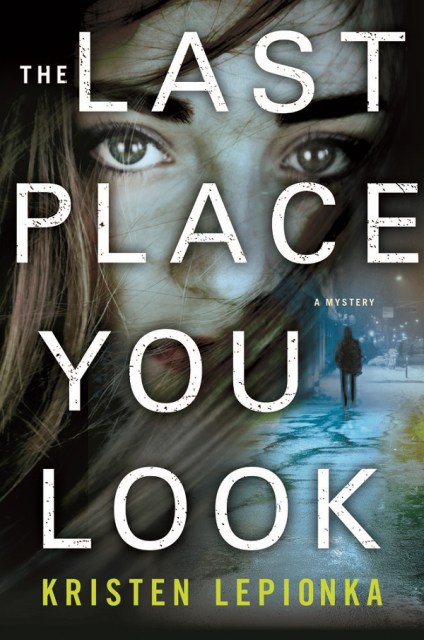 This strong debut novel is the first in a series featuring bisexual PI Roxane Weary. The case at hand is the disappearance of white teen girl Sarah and the murder of her parents 15 years ago; Sarah’s former boyfriend Brad, who’s black, was convicted of the murders and has two months before he’s executed, despite always attesting to his innocence. When Brad’s sister hires Roxane, the PI isn’t exactly in a good place: her father who was near-legendary as a cop has recently died in the line of duty and she’s been drinking even more than usual. But Roxane is drawn into Brad’s case, especially when she suspects there may be a link to one of her father’s unsolved cases about the murder of a teen girl. Can she free Brad? What about herself? Tight plotting is key for mysteries and thrillers for obvious reasons and Lepionka has definitely nailed it in The Last Place You Look. But the character development is just as excellent, which is a real treat, especially in a debut novel.

The Girl With The Treasure Chest by V.A. Fearon Wilde 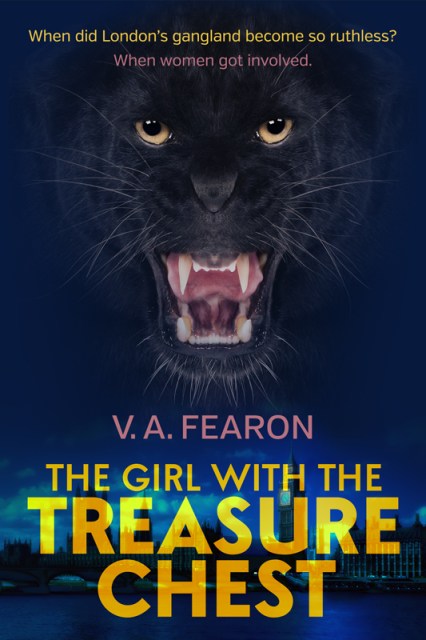 Set in London’s gritty underbelly, The Girl With The Treasure Chest is a kind of love story. But it’s far from a happily ever after romance — instead, it’s a novel about the obsessive and destructive potential of love. Dani Fenton is a black British lesbian who seems to have it all: after having struggled with a racist, sexist, homophobic society that pushed her into a life of crime at a young age, she’s now CEO of her own company, which negotiates deals and settles disputes between rival London gangs. Her partner Marie tolerates Dani’s weird hours and dangerous job. Dani has a close relationship with Marie’s young kid from a previous relationship. The young men who work for Dani worship her. She is confident, charismatic and successful. But it turns out her worst enemy might be herself when her ex Susanna reappears on her radar. Dani cannot control herself when Susanna is around, even though Susanna is no good for her. The situation goes from bad to worse quickly and Dani finds herself falling into dangerous territory, featuring physical violence and obsession that threaten both her private and professional lives. 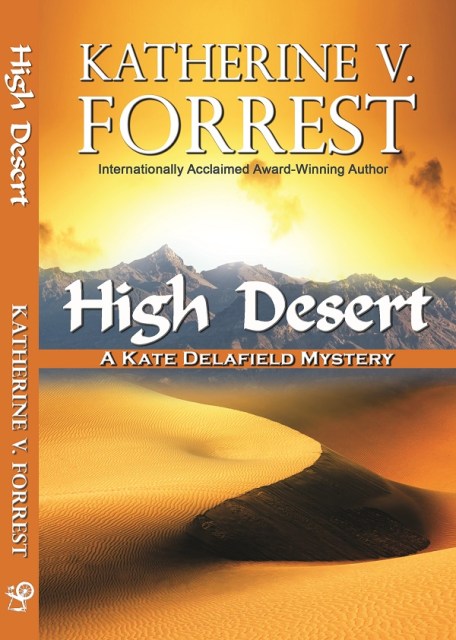 Any fan of lesbian mysteries should already know the legendary lesbian author Katherine V. Forrest’s name, as well as the name of her iconic lesbian police detective Kate Delafield. In this long-awaited ninth installment in the series — which first began in 1984 — Kate is now retired from the LAPD, although not by choice. Not only has she been forced to stop working, Kate’s on-again, off-again romantic relationship with girlfriend Aimee is in the off stage and her best friend is dying. Without her police work to ground her, Kate has turned to alcohol to numb the pain. Just when she hits rock bottom, Kate is visited by an old co-worker Carolina, who has a covert assignment for her: find Kate’s former work partner Joe who has disappeared. Carolina also slips Kate the business card of a woman from her past who, along with getting back to what she does best, might be able to help her return to her former self. Fast-paced and dark, this novel has been called the best one yet in Forrest’s long-standing series that has so far won four Lambdas.

The Devil Inside by Ali Vali 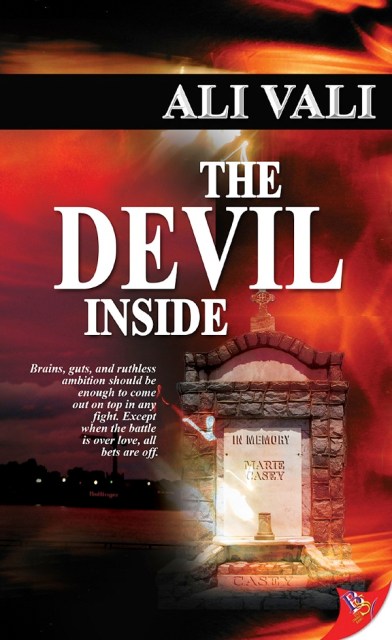 An intense crime novel with a strong helping of romance, The Devil Inside is set in contemporary New Orleans. The unlikable butch lesbian main character Derby “Cain” Casey has been preparing her entire life to take over her Irish family’s organized crime business. She’s intelligent, ambitious, and ruthless. She had always been fiercely protective of her heart… until she met Emma, a femme farm girl from Wisconsin who won her over. Fast forward seven years, and Cain and Emma are both far down a dangerous path. Emma ended their unhealthy relationship four years prior in a shocking betrayal that made Casey Enterprises vulnerable to someone bent on destroying it. Cain has been picking up the pieces ever since. The narrative moves back and forth in time, from the idyllic stages early on in Emma and Cain’s relationship to the present when Emma returns to Cain and Emma’s young son who she left behind in the aftermath of her breakup with Cain. Can they rebuild their relationship after so much mutual suffering? 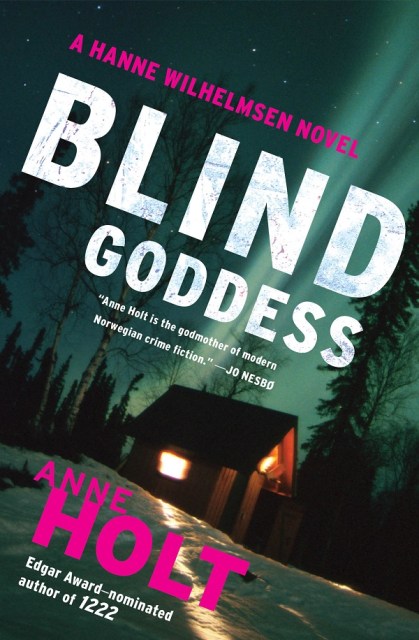 Norwegian author Anne Holt began this Oslo-set series featuring lesbian detective Hanne Wilhelmsen in 1993, but it wasn’t translated into English until the 2010s. The Blind Goddess is the first book and is it ever a great (and dark) beginning. The case is two connected deaths: one of a small-time drug dealer beaten to death and one of a crooked lawyer shot to death. A young Dutch man who was found wandering the streets of Oslo covered in blood is taken into custody in connection with the crimes; he insists that the lawyer who found the drug dealer be the one to represent him, even though she’s not ordinarily a criminal lawyer. How are Hanne and her work partner Håkon Sand going to sort out this complex web of lies and corruption, especially when their own lives become increasingly at risk? One thing to note about this excellent series is that Hanne’s sexuality is dealt with very nonchalantly and is not a significant plot point. If you enjoy The Blind Goddess, you’ll be happy to know the rest of the so far ten-book series have also been translated into English. 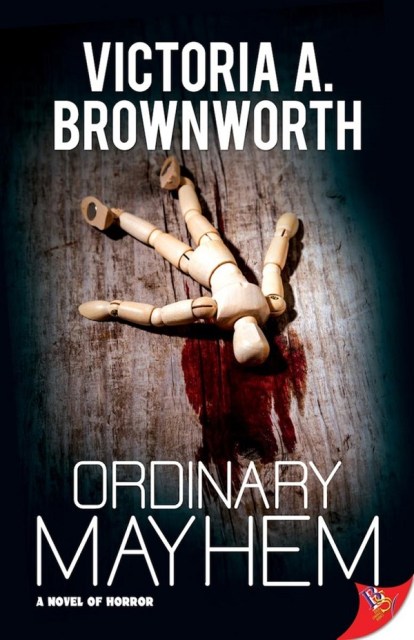 Faye Blakemore is a New York City lesbian photojournalist who specializes in what some call “blood-and-guts-journalism.” In other words, she takes pictures of the most horrifying things in the world, especially the violence done to women. Although dealing with this horror is now her job by choice, Faye has a personal connection: when she moved in with her grandparents at age six after her parents died in a car crash, she discovered that her grandfather was a misogynist psychopath who tortured and killed women. Faye’s latest assignments are in Afghanistan and the Congo, where she plans to report on women survivors of brutal attacks there. But these very dark and increasingly dangerous missions threaten to bring up issues Faye thought she had already dealt with and family secrets she didn’t know existed. Be warned: this is the darkest book on this list and it is decidedly gruesome and scary, although it is also a testament to the strength of women who have survived unthinkable horror. 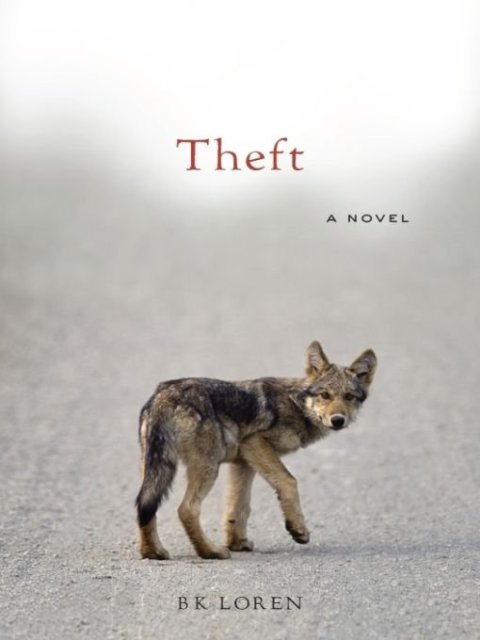 Theft’s lesbian main character is Willa Robbins, a tracker working to reintroduce the endangered Mexican wolf to the exquisite wilderness of the American Southwest, where the novel is set. Her work is interrupted by Colorado police, who recruit her to find her brother Zeb, a confessed murderer who is on the run somewhere in the same back country where Willa is. She hikes through New Mexico and Colorado tracking Zeb, who always seems to remain a few steps ahead of her while the police trail behind. As she makes her way through the landscape which is almost a character in and of itself, Willa’s complicated relationship with her brother and their dark family history are present in her mind like they have not been for years. Loren’s writing in this debut novel is beautiful and vibrant. The story she has created is as rich with adventure and thrills as the human relationships she portrays are complex and authentic.

Have any dark lesbian mystery and thriller recommendations? Share them in the comments! And don’t forget to send me your lesbrarian questions to stepaniukcasey [at] gmail.com.