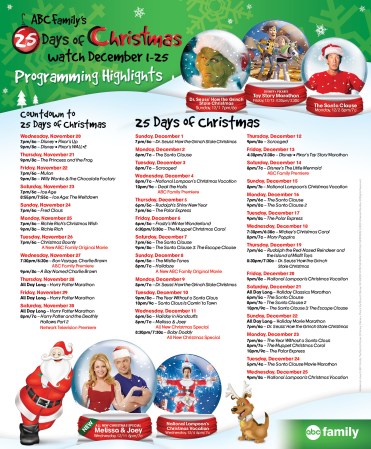 I believe this is heaven

It’s Christmas time which means it’s CHRISTMAS MOVIE TIME. There are Christmas movies on every channel of the television pretty much 24/7. My favorites are probably National Lampoon, A Muppet Christmas Carol and Home Alone. The worst ones are on Hallmark or Lifetime and almost always about single Moms who work too much whose children want them to date former Saved by the Bell cast members or that guy from Hercules: The Legendary Journeys and enjoy the spirit of Christmas. It’s pretty awesome. I’ll watch all of them, I can’t help it, I’m a Jew who loves Christmas and bad Christmas movies. LET’S GET WASTED.

One drink for the first appearance of the following archetypal characters:

Two drinks for the first appearance of the following archetypal characters:

One drink for cast members who:

Two drinks for cast members who:

One drink whenever anybody in the movie uses the following phrases: