For more info on sending in questions, see the bottom of this post. Now let’s get down to bossing people around on the internet! Today we’re gonna talk about coming out while in a May-July romance, “taking it slow,” and your pubes.

Q:
This is my first girlfriend — she’ll be 18 in July and I’m 22. All came out in a bombshell to the parents. I know the gay thing makes them uncomfortable but they are blaming most of it on age. How can I help my parents adjust to my sexuality and the age gap?

A:
The most annoying thing about this is that you have to act like the adult while they get to act like irrational children. Sometimes you have to let the toddler go all Exorcist on the living room floor while you ignore them and make dinner, because there’s no rationalizing with them — there’ll be a few interactions with your parents that will feel a lot like that. They’ll probably say a lot of ridiculous and easily refutable things, and make lots of weird accusations, and you kind of just have to let them have their tantrum.  And here’s why: if they’re blaming anything on age or an age gap (that is a tiny age gap, btw), the only way you can prove them wrong is by continuing to be your lovely self who just-so-happens to be gay. Besides, it’s likely that they could just be using that as a scapegoat, because it’s far more socially acceptable to be uneasy about age differences in relationships than it is to be uneasy about homosexuality.

So what they’ll need most is time, unfortunately. The golden rule of coming out is to remember to give people time / space to get used to the idea. Maybe you didn’t take long to ‘come to terms’ with your gayness, but they clearly need a few months / years to swallow this pill. Which is fine! Meanwhile, you should just carry on with your life as best as you can — make friends, get jobs, buy new shirts, tell funny stories, go on trips. The best way to help anyone adjust to your sexuality is to show them that your sexuality isn’t all there is to you, that you’re still the same grand human they knew yesterday.

Q:
We’re supposed to be “taking it slow.” What does that even mean? I just want to make sure I get this right! 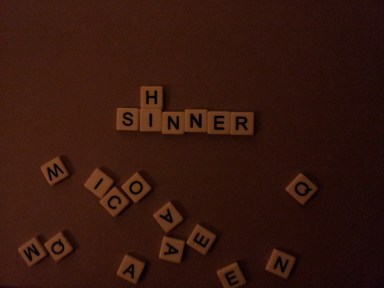 A:
Don’t you wish ‘taking it slow’ meant that you did everything in slow motion?

I think taking it slow means that you don’t lose yourself — your autonomy and independence — in the relationship. You keep your friends (via not flaking out on them so you can stay home and stare at your girlfriend’s face). You keep your own hobbies and interests, and don’t necessarily try to involve her in all of them all the time. You pay your own way when possible (and when it’s not rude). Sidenote: I have a really difficult time when it comes to who pays for what and being able to tell when I’m acting like a brat. I actually never want anyone to pay for anything ever. Ever. But sometimes people really want to pay! And if you insist that they don’t enough times, they tend to get a little irritated. I DON’T KNOW WHY. So anyway I add that example with this caveat: I have no idea how to successfully keep people from paying for things without sometimes hurting their feelings or pissing them off. So there.

In queer girl relationships, the most effective way of taking things slowly is by not planning ahead. Don’t think about anything more than two weeks in advance. Don’t imagine what your winter holidays might look like together. Don’t think about taking her to next year’s Pride festivities. Don’t wonder what she looks like in the spring. You may not even have a spring! You might be gobbled up by aliens or man-eating peat moss. You’d be much better off to stay right here in the present. So if you’re with her right now, then right now with her is what you think about. And if you’re with your puppy and a napkin full of kale chips, then kale chips and puppies are what you think about.

Also obviously there’s abstaining from sex, but I really don’t think that’s what ‘taking it slow’ is all about, especially w/r/t queer peoples. You can’t accidentally get pregnant, so there’s no real fear or of being tethered to this person for the rest of your foreseeable future just because you had sex, you know?

Q:
I’m a virgin. and there is this girl. and we’re at this point, but I keep putting it off because I can’t find a place to get a Brazilian. Would she panic? Guys do.

A:
There are two sides to this coin, plus a clarification.

Side 1: Will she panic? You’re asking me if she would panic upon seeing a human body naked, looking like a totally normal naked human body? I SINCERELY HOPE NOT. But um, yeah, I suppose there’s the chance that a person socialized in today’s world might feel uncomfortable with seeing female body hair. I think a better question to ask yourself might be, “If this girl panics after she sees me naked and unwaxed, is she the kind of person I want to interact with?” Because my answer to that question would be NO.

Side 2: Having said that! It’s very, very important to note that if YOU feel more comfortable with yourself after a Brazilian wax, then you should absolutely hold off until you can get one, because being comfortable during sex — especially the first time you ever have sex — is pretty damn important. There’s nothing inherently wrong with Brazilians. Just like there’s nothing inherently wrong with hair! It really just comes down to what you’re comfortable with. However, that being said, Brazilians are also pretty serious w/r/t pain/cost, so if you’ve never had any kind of bikini wax before, I’d start there before working up to a Brazilian.

Clarification: Not all guys panic at the site of a unshorn pubic situation. But more importantly, whatever you’ve heard “a guy” would or wouldn’t do in any situation has little if anything to do with what a girl would do under the same circumstances. If you read somewhere that a guy would have [x] feeling about something, that’s cool, but it’s a terrible plan to let that color how you gauge a woman’s feeling on the same matter. I’m trying to say this without sounding like a man-hater. Do you know how hard that is? It’s hard.

I hope you have fun having sex for the first time! Here, you should probably read this, too:

+ How To Have Lesbian Sex For The First Time: NSFW Sunday Special