For more info on sending in questions, see the bottom of this post. For now, we’re going to talk about what to do as a baby queer headed to college — specifically, whether you need to come out to your randomly-assigned freshman year roommate, because school is starting basically now and you are all apparently extremely panicked about this. Let’s get to it! 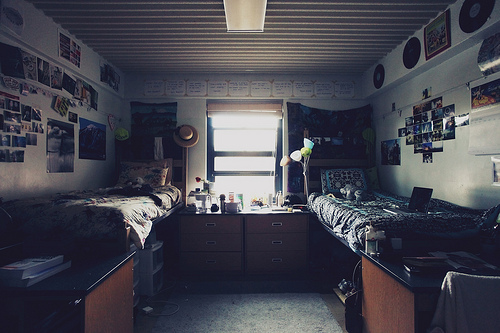 I’m about to be starting college, and I’ve started talking to my roommate. Should I bring up being gay? I’m kind of freaked out about it even though she seems pretty liberal. Or should I just grow fond of rainbows, and hang them all over the place?

Should I come out to my roommate or is it none of their business?

A:
Okay, this is just one fairly-recent-college-grad’s opinion, but: I don’t think you have any kind of ethical imperative to come out to your roommate. There are some reasons why doing so might make your life easier and ultimately be a good idea, if you want to, but we’ll get to that later. For now, I want to say this: you know who has to notify the people in their community about their status and identity? Registered sex offenders. Because they are (assuming they were convicted rightfully) actually predators. You are not.

Actually, we (and by we I mean I) have talked about this before — back when a wildly misguided advice columnist told a queer college girl that she was ethically bound to come out to the members of the sorority that she lived with. Here is an excerpt from my (stronger and more verbose than I remembered them being!) feelings on that at the time:

This girl is gay, not a sex addict; she’s worried about lying to her friends, not about how to physically restrain herself from tearing their clothes off. Comparing her to a straight male and reminding her that these girls don’t want to be “checked out” assumes that this student is naturally wired to do just that. By the time you’ve gotten to college, you’ve probably seen every single female you know half-naked; you’ve been living in close quarters with other women for likely your entire life. By doing this, you haven’t been preying on them or violating their trust in some way. They are your friends and your family and your community, and you’re a woman too; you aren’t sexually harassing them by sharing space, and you’re not a sexual deviant who’s incapable of having platonic relationships with someone who even identifies as a gender that you’re attracted to.

Basically, the bottom line is that if you don’t know your roommate, it’s totally possible that your being gay will make her uncomfortable. Given that, if she doesn’t know you’re gay, you might feel guilty about that. But I truly think that’s unfounded guilt. You know why? Because her discomfort is unfounded too. Presumably, if she’s uncomfortable, it’s because she’s a) never met a gay person and think you might be a space alien b) think you are uncontrollably attracted to her or c) is uncomfortable with her own sexuality. And since b) (probably) isn’t true, none of that is your shit to deal with. Seriously, none of it. Did my freshman year roommate basically change in the closet for a full year? Yes. Was that my problem? Nope! Granted, I wasn’t quite so well-adjusted about it at the time, but I wish I could tell my younger self that I should try to be. The sooner in your life that you learn other people’s hangups aren’t your problem, the happier you’ll be. I think you are totally within your rights to act like this is a complete non-issue, because honestly, it should be. If they feel differently, feel free to act shocked — the world gets better when we set high expectations for it. 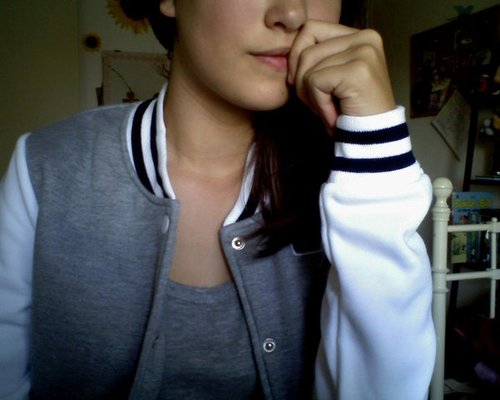 HOWEVER, it’s also true that while there’s no reason you HAVE to, your life might be easier if you do mention it. At best, it might save an awkward moment when she tries to set you up with her male friend or when she complains that her chemistry professor is, like, a total dyke. At worst, it might allow you to switch roommates if you find out she’s going to try to exorcise you in your sleep. How to do this? Well, Question Asker Number One, you are in luck! You are already talking to your roommate, and presumably it is not in person and is via Facebook or email or carrier pigeon, which is a way lower-stress way to come out to someone. If you are in the position of, say, already being in the room with your roommate, this will be a little less fun, but whatever, you’re a big girl/boi/human creature and you can do it.

That’s not to say that you need to Come Out in a really explicit way.* In fact, I would recommend doing it as offhandedly as possible, in order to set the tone that this is Totally Not A Big Deal. Suggestions include:

+ “Oh, you have the Buffy box set? My ex-girlfriend** was so into that show!”

+ “Are you headed to the orientation dinner now? Is it okay if I meet you there in a half hour? There’s actually a mini-orientation run by the queer student group happening right now that I wanted to stop by.”

+ “Yeah, isn’t this cute? It’s of my girlfriend and I, she had it framed for an anniversary present.”

* I’m going to hazard a controversial suggestion here and say that if you truly feel that in this first eighteen years of your life you have achieved a level of physically obvious gayness that is impossible to miss — I mean if your head is shaved so you can see the rainbow triangle tattoo on your scalp and you don’t own any shirts that aren’t from Pride parades or Lilith Fair — then you can skip this step. They know. Then again, if you’re that person, you probably aren’t asking this question.

** Normally I obvs think honesty is the best policy, but I think some fudging is okay here if it makes your life/this conversation easier. For instance: the ex-girlfriend here does not even need to be real? Or it’s cool if you talk loudly about going to the Radical Queer Womyn’s Consciousness-Raising Coffee Hour but don’t end up going. You’re trying to get a point across. That’s all.

Great, I’m glad we had this talk! Now that you’ve gotten that out of the way, you can continue on to the more important parts of college, like forgetting to call your parents and majoring in basketweaving for a short period of time during your junior year and having your heart broken between one and infinity times. Because really, your rando roommate is so much less important than that stuff, you know? 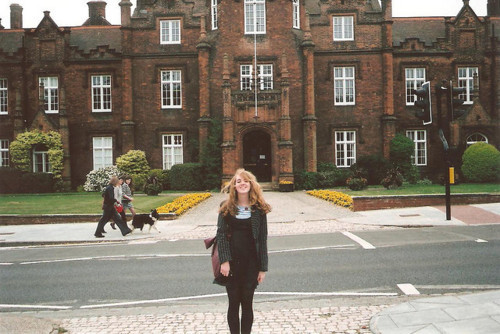 You should probably share your wisdom and overall feelings in the comments! There’s a good chance I’m totally wrong or left something out or haven’t been yelled at enough today.