Welcome to the first ever installment of XOXO Gothip Girl, an irregular gossip column brought to you by a person who wears black a lot and has never actually seen the television show Gossip Girl.  Herein, we will revel in only the most quality tabloid journalism and discuss the scandals of the day, all while pouting and glaring and occasionally turning into bats.

Earlier this weekend, vegetarian of note and established Best Person Ever Joan Jett was removed from the South Dakota float in this year’s Macy’s Thanksgiving Day Parade, on the grounds that local ranchers felt that their state should not be represented by an outspoken animal activist.  Did you know South Dakota even had a float in the Thanksgiving Day Parade?  I thought it was just balloons of Snoopy and SpongeBob, but it turns out that South Dakota (whose economy is largely livestock and agriculture-based) has one too, upon which cuddly farm animals are presumably periodically sacrified while a brass band plays “Hail, South Dakota!” 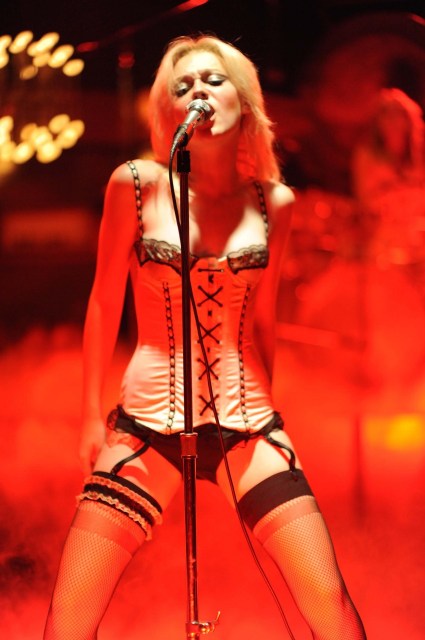 Not this Dakota, but a girl can dream.

Once the South Dakota Cattlemen’s Association learned of Jett’s passion for animal rights and her association with PETA, they felt uncomfortable with her Bad Reputation (sorry guys) and asked her to step down.  Joan released a statement this weekend, noting that “people’s political agendas were getting in the way of what should be a purely entertainment driven event. I will remain focused on entertaining the millions of people watching, who will be celebrating a great American tradition.” 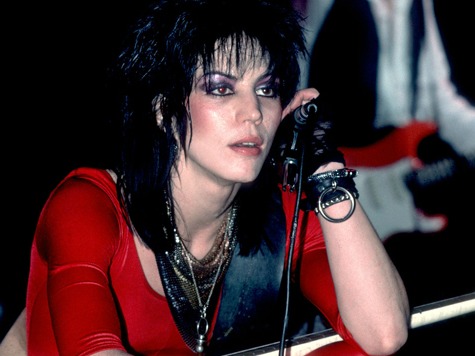 I could sure go for some cranberry sauce, though.

PETA (who never miss a chance to get a word in) added: “Thanks to South Dakota’s reactionary ranchers, people across the country have learned why Joan Jett supports PETA. The meat trade can’t stand any scrutiny of its cruelty.”  In the meantime, the South Dakota float is desperately in need of a new performer (might we suggest Ted Nugent?).

If Autostraddle had a float in the Thanksgiving Day Parade (an unrealized dream we never actually considered until this very moment), we’d let Joan come along.  We’d even make her a Tofurky sandwich.  Just something to consider, Joan.  Just throwin’ it out there.