The radical left is growing across the United States. The movement spans class, race, gender, sexuality and generation, fueled by escalating discontent with the current economic situation.

Many look to Americans in their twenties and thirties to explain the growth in the movement. According to Max Strasser of the New Statesman, “There is a revival of left-wing intellectual thinking on a level unseen since the 1960’s. Young people are starting magazines and engaging in serious, substantial critique of the status quo.” He later continued, “At the moment there is intellectual ferment but only vague flickering of action.”

Yes, young intellectuals are graduating from college with huge amounts of debt, entering a labor market where 15.1% of people between the ages of sixteen and twenty-four are unemployed – more than twice the national unemployment rate. But to say that young intellectuals — and by that they mean “young people presently in or a product of academia” — are dominating the leftward shift and that the only actual organizing is “a flickering of action” is deeply misinformed. Emory student and past socialist organizer Nowmee points out, “This sentiment that leftist politics is tied to the academy is in itself elitist and erasing and mass movements that queer, undocumented, working class, people of color are building.”

The media have given young intellectuals a large chunk of the spotlight, particularly by depicting them as the face of the Occupy movement. However, like Nowmee said, grassroots leftist organizing is happening all over the U.S. right now, and the evidence is all over the media. Workers are calling for a raise in the minimum wage, fast food and Walmart workers are striking and demanding better working conditions, the immigrant justice movement is fighting for better workplace protections and other smaller leftist organizations are tackling the system in local efforts efforts that don’t ever even make it to the national stage. 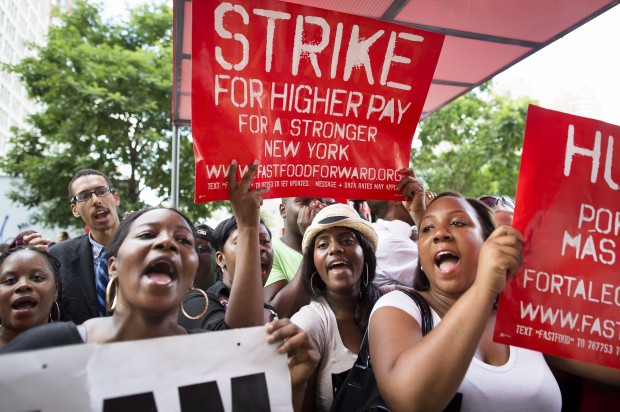 Sarah Slichter is the Northeast US Coordinator for Young Democratic Socialists, which is the youth branch of Democratic Socialists of America, the largest socialist group in the U.S. She points to a divide that can help us understand why the movement is perceived as the work of a new generation:

“In the organization, there are a lot of people over sixty and under thirty. There is this lost generation in the middle. But what you can see is that the over sixty folks were radicalized by the anti-war movement, and the under thirty folks have grown up in neoliberal capitalism [which has tilted economic policy in favor of corporate interests]. That generation in the middle knew a softer kind of capitalism.”

These young people coming into the movement, which includes the explicitly and not explicitly socialist are not inventing the radical left – older organizers have been around for a long time – but as young people enter the movement, they bring a millennial spin to it. The movement is growing, as it always has. 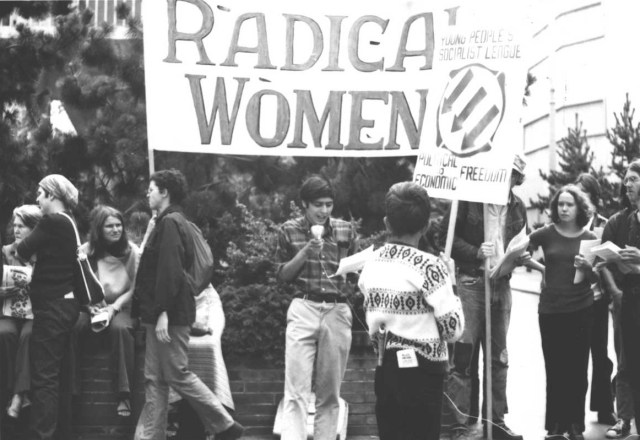 Anne Slater, National Organizer of Feminist Socialist group Radical Women, has been organizing since 1991. She reflected on how she’s seen a shift in the left:

“For a lot of time, many on the left argued that women and people of color weren’t real workers because they were working in the service industry, and people said that wasn’t a real industry. People said the only people you should orient the left towards were men in heavy industry. But now you have the Chicago teachers going on strike, the young people, the janitors, the immigrant workers who are organizing.”

The shift of the left away from their focus on heavy industry reflects the American economic shift, largely marked by Reagan’s economic policies. Peter Dreir breaks down Reagan’s legacy in the Nation:

“During his two terms in the White House (1981–89), Reagan presided over a widening gap between the rich and everyone else, declining wages and living standards for working families, an assault on labor unions as a vehicle to lift Americans into the middle class, a dramatic increase in poverty and homelessness, and the consolidation and deregulation of the financial industry…”

This widening gap has resulted in disproportionately dramatic increases in poverty and homelessness for women, people of color, and queer and trans* people. This is no accident. The deregulated economy capitalizes on points of difference to stratify groups and maintain an economic underclass. The queer community reflects this glaringly. 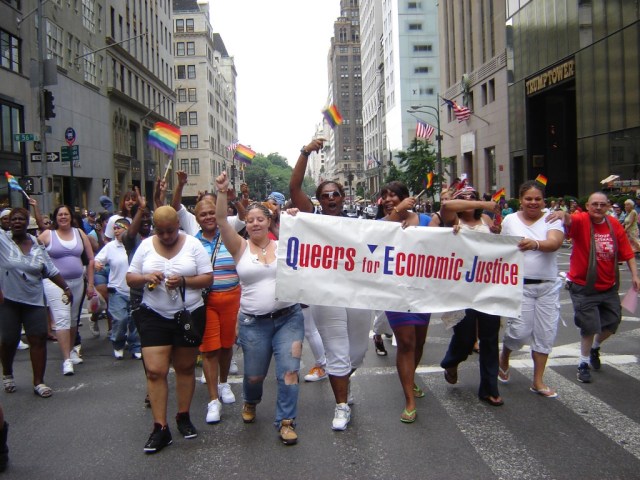 According to a Queers for Economic Justice report on LGBT Poverty and Hardship in a Time of Economic Crisis, queer people are more likely to be affected by poverty and homelessness, and within the queer population, poverty and homelessness are more severe for people of color, women and trans* people. A recent report by LGBT Map further illustrates the institutional and economic barriers for LGBTQ people of color from elementary school to retirement.

Because of these disparities, many organizations working against oppression center their work towards LGBT and racial justice around economic justice. Queers for Economic Justice, explains the demands of putting economic justice at the center of their work:

“It demands that we place the voices, histories, and experiences of those who experience poverty and struggle for basic survival at the center of decision–making. And it demands that we confront white supremacy and racism in every aspect of our work — ranging from how we frame and articulate issues to whose voices are centralized in strategic decision–making to who we depend on for our funding.” 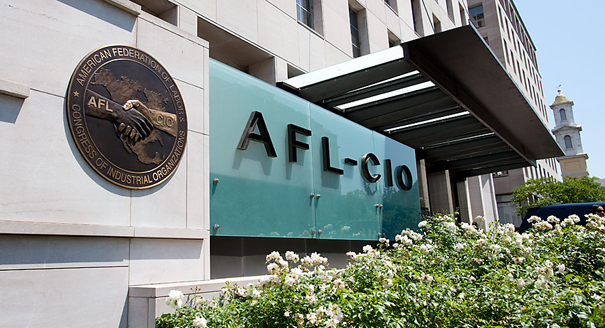 While grassroots groups organize, the American Federation of Labor and Congress of Industrial Organizations (AFL-CIO), one of the oldest and most institutionalized labor organizations in the U.S., has been one of the most consistently vocal mainstream advocates for LGBTQ workplace protections. The AFL-CIO recently amended its constitution to ban anti-trans* discrimination. It has also filed court briefs against DOMA, and advocated for the Employee Non-Discrimination Act.

Looking broadly at the American political situation in this moment, it can be hard to pick out how successful the lean Left actually is, because on the other end of the political spectrum, the Tea Party builds strength and economic policies continue to liberalize. Still, this November’s election cycle shows an increasing openness to progressive leftist candidates. Socialist candidate Kshama Sawant won a city council seat in Seattle, and even New York mayor-elect Bill DeBlasio once advocated democratic socialism, though whether or not he will truly work for workers rights and fair housing remains to be seen. 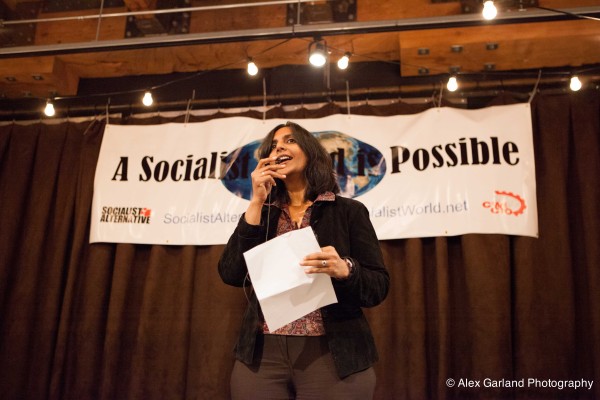 Not everyone in the new radical left agrees that the election of political candidates is a marker of success. While some fight for reform within the U.S. political system, others advocate much broader structural change. In any case, what is clear about the new left is that its diversity helps us understand the capitalist impact on queer and trans* people, people of color and women. From this vantage point, the left can envision what is necessary for a more socially and economically just world.

Maddie is a student activist, Women’s Studies Major and friend of the Geography department at Vassar College. She runs, reads, hikes and is known for photoshopping her friends’ faces onto weird images.