In the year of our Sappho 20BiTeen, we’ve been given yet another glorious gift in the form of an actor coming out. In an interview for their August issue, Kat Barrell told Diva Magazine:

“I am attracted to both men and women and the person I fell in love with is a man. I wish it could just be about the human I am in love with, not their gender. This is why I am so passionate about advocating for equal acceptance across the spectrum of sexuality. Let’s just love who we love and leave each other alone. The world has bigger problems.”

It’s unfortunate that this line was nestled in a paragraph about how people who have a hard time separating fiction from reality gave her a hard time online because she was marrying a man. But it highlights an erasure issue a lot of bisexual and queer people in relationships face — whether it’s being assumed to be a lesbian/gay or straight because of who their partner is — even from members of their own community. It’s embarrassing we have to say it in this day and age, but some people still need to hear it: queer people are still queer even if they’re in opposite-sex relationships. 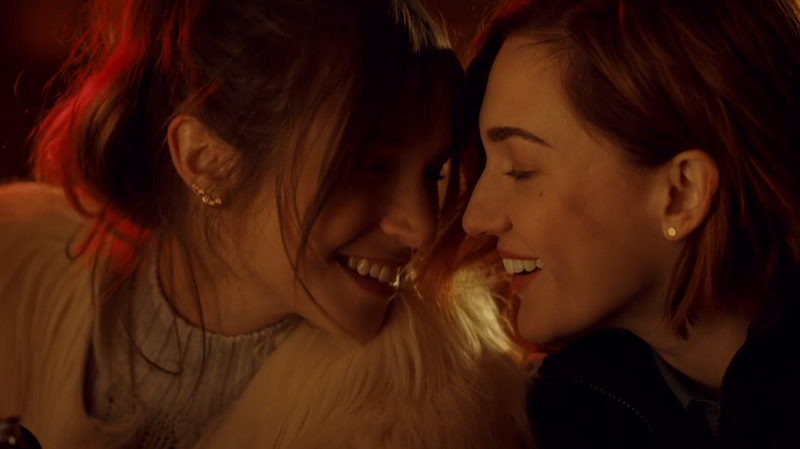 What makes me happy, however, is that after playing a queer character for so long and talking about what Nicole Haught being queer means to people, Kat felt comfortable enough to say it in an interview. She knew it could possibly result in MORE backlash, because she probably gets plenty from people who don’t approve of her character, but she also seems to understand what it would mean for people for her to be comfortably and casually mention that she isn’t straight.

It makes me so happy to know that this is where we’re heading. Where high-profile people coming out doesn’t have to happen during an award show speech or an SNL monologue as a big announcement (though don’t get me wrong, I love those moments, too) or dramatically revealed in an op-ed. Just casually mentioned in a conversation, because even though it’s a big deal, it’s not really a big deal, you know?

Just like how one day on Wynonna Earp, Waverly was dating Champ, and then the next she had feelings for Nicole. One day we didn’t know Kat was also attracted to women, and now we do. Kat’s quote in the interview struck me because I realized it’s that kind of casual attitude around the spectrum of sexuality that will hopefully move us closer to a future where young people figuring out who they are will be more casual, too.

And, I’ve had the distinct pleasure of spending some time with Kat Barrell, and she’s a kind, bright person with a lot of light and creativity to share and plenty of drive to share it, so I, for one, am very happy to have her on our team.