It looks like the WPS will live to see another year of Division 1 status. Women’s Professional Soccer, launched in 2009, was granted a continuation of the sanction that allows them to hold the highest level for a professional league. Despite having fewer than eight teams, a stipulation for Division 1 status, U.S. Soccer decided to grant the waiver on Monday. As it stands, the league will enter the 2012 season with five teams after launching with seven franchises in 2009. WPS owners have yet to agree on the terms stipulated by U.S. Soccer. 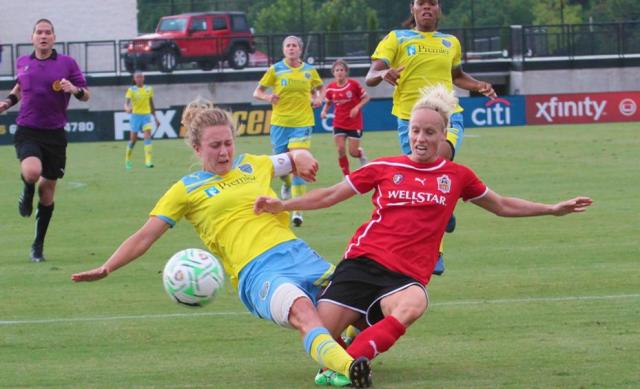 WPS is the nation’s second attempt at a women’s professional league. In 2003, the Women’s United Soccer Association (WUSA) folded after three seasons. The importance of Division 1 status is usually attributed to alluring new investors, keeping sponsors, and securing television deals, but I think it’s more than that. In order to secure the best talent, locally or internationally-grown, there needs to be a certain prestige. The best players want to play with and against the best to ensure they are ready for international competition. Even if the league isn’t granted professional status because of the amount of participating teams, that won’t change the message being sent to the American public and those part of the league: that it isn’t good enough.

Last season the league boasted Marta, Abby Wambach, and other of your favorite alternative lifestyle haircut rocking players. The 2012 season will include the London Olympics, which may give the league another popularity bump after its completion. Following the last World Cup, this nation’s astonishingly short attention span bolstered attendance for the league and got Hope Solo on Dancing with the Stars. Hopefully the popularity following large international competitions will be enough to attract new investors and fans of the sport who will stick with the league rather than hopping off the bandwagon as quickly as they hopped on. 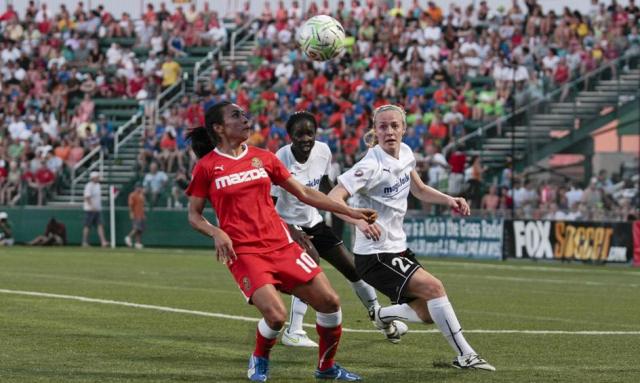 But what happens if the agreement falls through? Or the next year? Or the year after that? Unless something changes or the minds of a few hundred thousand people’s minds change, the league will continue to struggle. This makes sense to you and me since it’s in its infancy and the nation is in a bit of an economic slump, but is simply not good enough for the powers that be. This predicament has led many to wonder whether the system should be scrapped and built up again, but who will have the wherewithal to tackle that? The fewer teams in the league, the less opportunity players have to develop which may lead to disappointing performances by the US national team in the coming years. 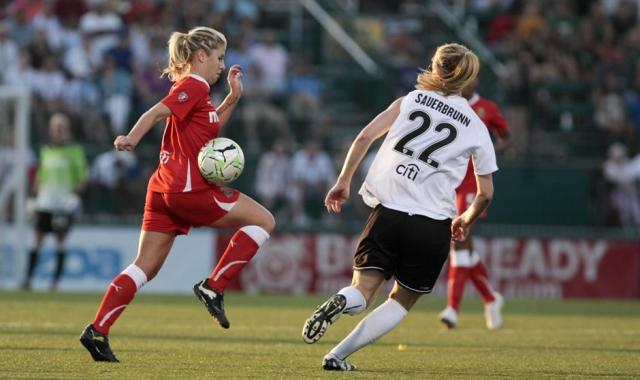 For the most part, women’s sports are treated with indifference and ignorance in this country. Many women shrug off the responsibility to these leagues but insist on suffering through the horribly sexist and vomit-inducing commercials of the Super Bowl even though they don’t give a shit about football. I think if you’re going to be in a relationship and thus pretending to like things you don’t actually like, at least feign interest in women’s sports. If the situation calls for your internal torture for an evening, might as well watch some athletic girls run around while you’re at it. Sure, you can fake the realness and act all worldly by going to a museum that you find excruciatingly boring OR you can go to a soccer game and secretly Google sports terminology while your date goes to buy you popcorn. So once the owners inevitably accept the deal (because what choice do they have), you East Coasters should pencil in a soccer date for next season.