Today is a very special day because Le Tigre are releasing an amazing tour DVD, and we’ve got two copies to give away to Autostraddle readers. Rad, right?

Who Took The Bomp? Le Tigre On Tour follows your favorite feminist electro outfit as they travel across four continents and ten countries on their ‘This Island’ tour. From the press release:

Supported by a community of devoted fans and led by outspoken Riot Grrrl pioneer Kathleen Hanna (Bikini Kill), Le Tigre confronts sexism and homophobia in the music industry while tearing up the stage via performance art poetics, no-holds-barred lyrics, punk rockethos, and whip-smart wit in this edgy and entertaining documentary. Directed by Kerthy Fix (Strange Powers: Stephin Merritt and the Magnetic Fields) WHO TOOK THE BOMP? LE TIGRE ON TOUR features never before seen live performances, archival interviews, and revealing backstage footage with these trail-blazing artists.

The DVD is jam packed with lots of special features including:

+ Video commentary with Le Tigre about the film (2009)
+ Rare performances from the tour: “After Dark,” “What’s Yr Take on Cassavetes,” “Mediocrity Rules,” “Nanny Nanny Boo Boo,” “Seconds,” “Well, Well, Well,” and “Punker Plus”
+ Outtakes with Johanna Fateman and JD Samson
+ Live footage from a show in Vienna, Austria (2002)
+ Rattina the Puppet interviews the band at Ladyfest (2001)
+ With an exclusive essay by filmmaker Matt Wolf (Wild Combination: A Portrait of Arthur Russell)

Win a copy of Who Took The Bomp? Le Tigre On Tour!

To enter, send an email to crystal [at] autostraddle [dot] com and include your full name and address, as well as the name of your favorite Le Tigre song.

Entries will close on midnight Thursday 9 June, and the winners will be notified on Friday. If you miss out, don’t fear. You can pick up a copy via Amazon. 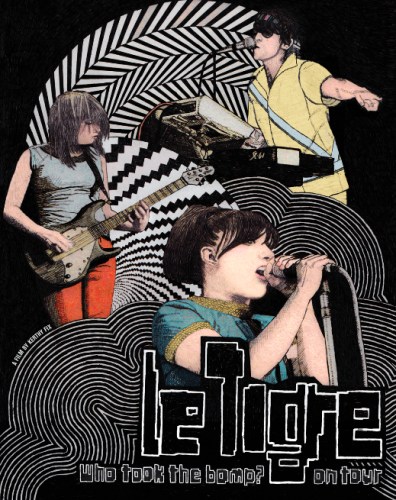