Same-sex couples in some New Jersey cities can apply for marriage licenses on Monday, when an earlier ruling on same-sex marriage goes into effect. 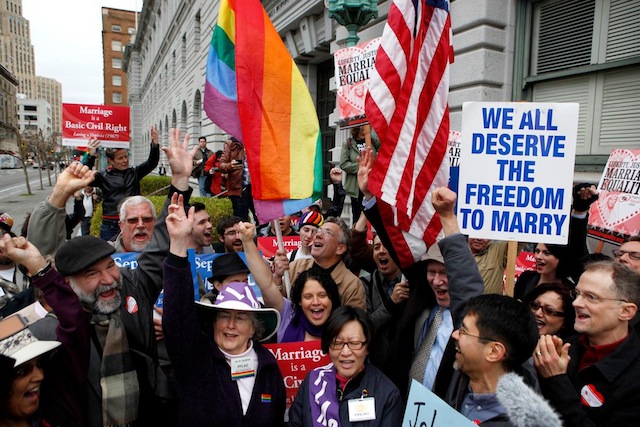 In September, Judge Mary C. Jacobsen ruled that the state must follow in the federal government’s footsteps by recognizing same-sex marriage after the repeal of the Defense of Marriage Act. It was a matter of hours before Governor Chris Christie announced he would appeal the decision, and the state supreme court had agreed to hear the case. But both Jacobsen and the higher court declined requests to stay Jacobsen’s decision, and Christie has begrudgingly agreed to comply when marriages begin Monday.

Newark Mayor and Senator-elect Cory Booker will marry at least 10 couples at 12:01 Monday morning, when one-third of Americans will officially live in a place where same-sex marriage is legal. Other cities, including Asbury and Jersey City, had prepared to issue licenses even before the Supreme Court ordered the state health department to assist them in doing so. 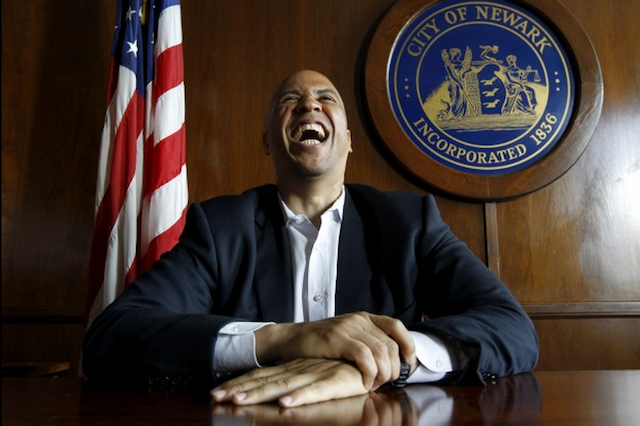 “I’M GONNA MARRY THE SHIT OUTTA SOME GAYS.”
via The Washington Post

Oral arguments are expected to reach the supreme court in January. Many have taken the order to proceed with marriages to indicate its favorable position toward same-sex marriage, however. From ThinkProgress:

[The state supreme court] did rule unanimously in 2006 that the state’s ban on same-sex marriage was unconstitutional, but a majority of the justices believed that the legislature could decide whether to pass full marriage equality or civil unions to grant benefits to same-sex couples. Lawmakers chose civil unions, but since the U.S. Supreme Court overturned the federal Defense of Marriage Act, those civil unions quite blatantly deprive same-sex couples of federal benefits. Thus, the New Jersey Supreme Court’s decree that same-sex couples should have equal access to the benefits of marriage can now only be fulfilled by full marriage equality.

Across the country, states are finding they have fewer and fewer tools to deny marriage rights to same-sex couples. Advocates are responding by pursuing same-sex marriage in many states, most pressingly Oregon, Hawaii, Illinois, Michigan, Pennsylvania and Virginia. In the meantime, every state that legalizes marriage equality leads its neighbors by example.