It wasn’t very long ago that having a Gay-Straight Alliance in school was problematic pretty much everywhere. Nowadays, it’s becoming increasingly common, even in more conservative areas of the country, if not entirely without controversy. But what about when it’s so controversial it gets the teacher behind it fired?

That may be what happened at Corunna High School, near Lansing, MI. A former high school teacher, Brook Johnson, claims she was fired by the district for advising a Diversity Club that promoted LGBT equality, including by putting up posters of “influential people in the gay and lesbian community.” Her diversity club experience was supposedly part of bad reviews she received before her firing, and now she’s suing the Corunna School District, with the aid of the ACLU.

According to the Palm Beach Post, the school board is currently declining to comment because they have yet to be served with the lawsuit. Johnson’s lawyer, Jonathan Marko, based in Royal Oak, claims that her negative evaluations were “solely because of her involvement with the club,” although that doesn’t necessarily mean that it was purely due to the gay posters incident. 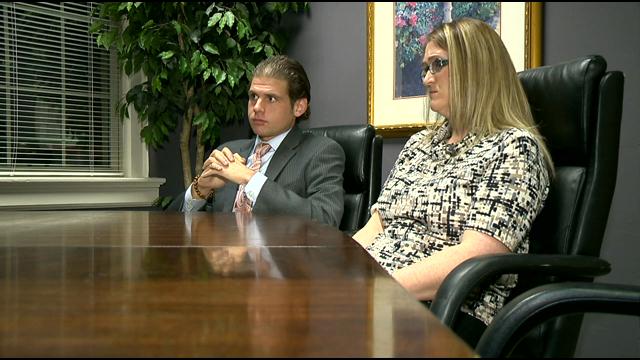 There’s also the fact that the posters controversy – in which the school board initially voted to have them removed, but later changed their mind – happened nearly two years before the school district allowed Johnson’s contract to expire. Yet Johnson claims that because of the incident she “found herself ostracized” over time and that eventually resulted in her firing. In an interview with NPR’s Michigan Radio, Marko had this to say:

They wanted to punish her for exercising her First Amendment rights. And because they disagreed with her, they were going to drive her out. And that’s what the[y] ultimately did and she was ultimately fired.

The NPR interview also paraphrases Marko as saying that “the Diversity Club promoted tolerance and equality for all, but an administrator told Johnson that was in direct conflict with Corunna’s values.” Because, of course, “community values” are more important than keeping queer kids safe. And in this case, Johnson herself as well: she is gay, though she claims she was not out until after her firing.

We’ve heard this “values” language before, but even for Michigan, this particular fight seems like something from ages ago. Gay rights in general have moved very fast in the past decade, but the acceptance of GSAs in schools has come particularly far, largely in response to the gay teen suicide epidemic. When my own mother was a teacher advising a Diversity Club at a Macomb County public high school in the mid-2000s, the school administration told her the club could only discuss racial and religious diversity and not LGBT acceptance. They just didn’t want to open that can of worms in a school full of conservative religious students. But even though that was a mere eight years ago, it seems eons away today, when there is so much press given to the difficult high school experiences of queer teens and their need for supportive groups like diversity clubs or GSAs. 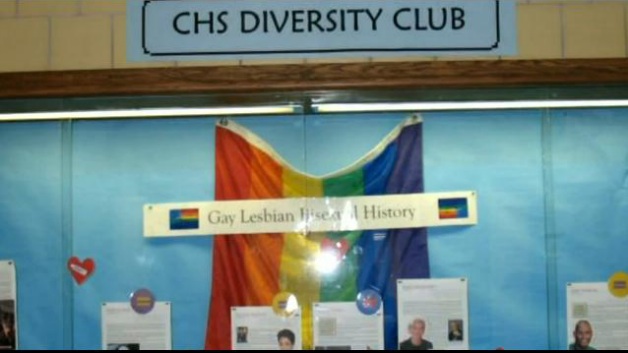 Part of the problem is that Michigan, with its lack of legislation protecting LGBT people against job discrimination, would give Johnson no legal defense if she had been fired over her sexual orientation. But since apparently she wasn’t out until after her firing, if the issue truly was about the club and the posters, that could be a freedom of speech issue, which is how the ACLU is presenting it – namely, that the school is censoring political speech they didn’t like. Of course, the school eventually did decide to allow the posters, but if they decided that they didn’t want Johnson for that reason, that would still fall under them not respecting her First Amendment rights. In Tinker v. Des Moines School District (1969), a Supreme Court case involving students suspended for wearing anti-war armbands, the Warren court decided that schools must protect the freedom of speech on political matters as long as they do not disrupt the educational environment, with Justice Abe Fortas writing in the majority opinion, “Neither students nor teachers shed their constitutional rights to freedom of speech or expression at the schoolhouse gate.” It’s hard to argue how something “disrupts education” simply by not being in line with “community values”; certainly, the whole reason the posters were up in the first place was likely to educate Corunna High students about gay icons.

What’s even more hopeful is that maybe Johnson’s case will set a legal standard that will help to reverse Michigan’s extremely reactionary LGBT rights record, and move things toward ensuring real protection for not just a pro-LGBT diversity club, but also for actual out LGBT teachers like Johnson. With Michigan’s state government as far to the right as it is now, this might be a bit of a pipe dream – but with time, we can hope.