Happy Thursday! Did you wake up today thinking g-d, I really wish I knew more about Britain’s trans folks? Of course you did. Were you specifically looking for a human with great hair and the ability to play more musical instruments than you have piercings in your right ear? Of course you were. 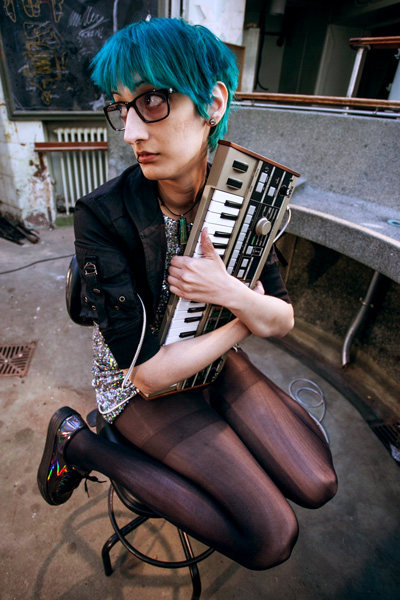 Meet Maki Yamazaki, a games developer, musician and comic artist living in (her words) “the sunny metropolis of Glasgow, Scotland.” You might remember Glasgow from all those times sexy Detective Sergeant Sam Murray (Heather Peace) ran sexily past… things — okay maybe you don’t remember because you were staring at Sam, but. Y’know. You might not quite remember Maki, because she wasn’t there.

She enjoys sci-fi, awesome narratives, feminism, peppermint tea and writing biographies in third-person. Playing some twenty five-odd instruments and still finding the time to get a few hours of sleep a night means that it’s possible that she’s actually an elaborate experiment in cloning.

If she ruled the world it would shortly thereafter be taken over by cats.” 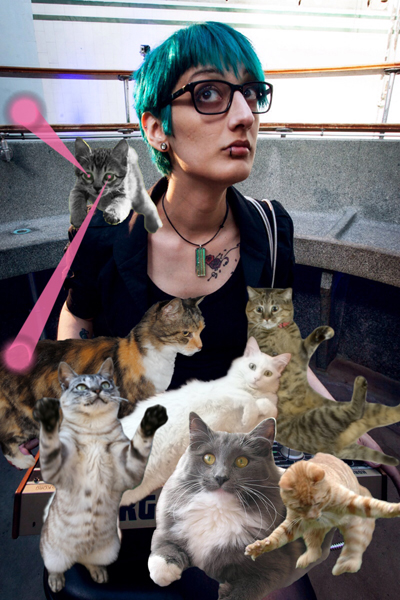 Maki’s story is being launched today on this here website as part of Patchwork, a fresh short film series about British transgender lives, produced by All About Trans and Lucky Tooth Films in collaboration with Channel 4. Throughout autumn, 25 short films will be released weekly highlighting the many diverse and brilliant faces of Britain’s trans folks.

Filmmakers Fox Fisher and Lewis Hancox, the queer brains behind Lucky Tooth Films, began making films about trans people after they both met on My Transsexual Summer, which had a massive impact on raising trans awareness and starting a dialogue across the nation. With their passion for film and their personal experience on trans issues, they have gone from strength to strength, creating a powerful platform for life-story telling with people who would have never normally spoken to the media due to fear of misrepresentation. The people they’ve filmed with are models, soldiers, artists, musicians, activists, and psychics and they all just happen to be trans.

Check out Maki’s work on her website (no, there really doesn’t seem to be anything she doesn’t do), throw her some money on her Patreon funding page, and follow her @doctorcarmilla.