I am a genuinely kind person and a rule-follower, to the point that it would be easy to mistake me for a Canadian. I hold open doors, I help strangers struggling to lift or carry things, I say “please” and “thank you,” and learn people’s names the first time they say them to me, and have absolutely no problem apologizing for my mistakes. I don’t do mayhem, even in role-playing games. I’ve never once joined The Dark Brotherhood in all my hundred play-throughs of Skyrim, and during Dungeons & Dragons, my friends say, “Your Heather is showing” because if I have the choice to stab a wizard with my sword and kill him, or clobber him over the head with the hilt of the sword and knock him out, I’ll clobber him every time. I’m nice, okay?

Except for when I am a goose. 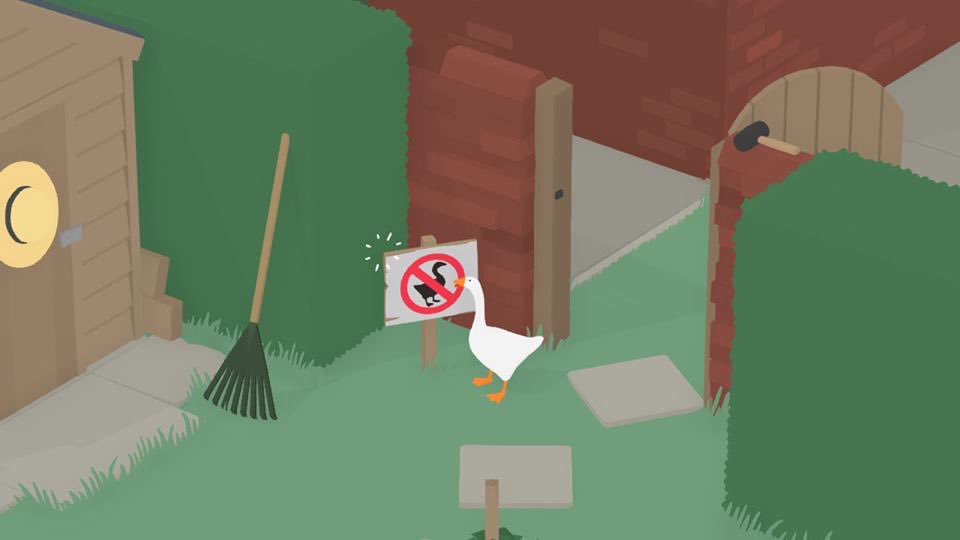 Yes, like so many other Nintendo Switch owners around the world, I picked up “Untitled Goose Game” for fifteen dollars last week and found myself in an incandescent state of elation as I, a goose, ransacked a small English town. I knocked over a farmer who kept kicking at me and stole his hat. I trapped a mean kid in a phone booth. I sneaked into an electronics store and projected myself onto all the TVs. This one woman kept swatting at me with her broom, so I broke it in two and locked her in her garage. I smashed a vase. I smashed a pub glass. I picked a bunch of flowers that didn’t belong to me. I dropped a lot of stuff I nicked from a lot of townspeople into the river. I hid under tables and inside boxes and behind bushes and kept hopping out to HONK!!! at people to watch them fall over. I have never been such a jackass in my entire life. I have never had such fun playing a video game. 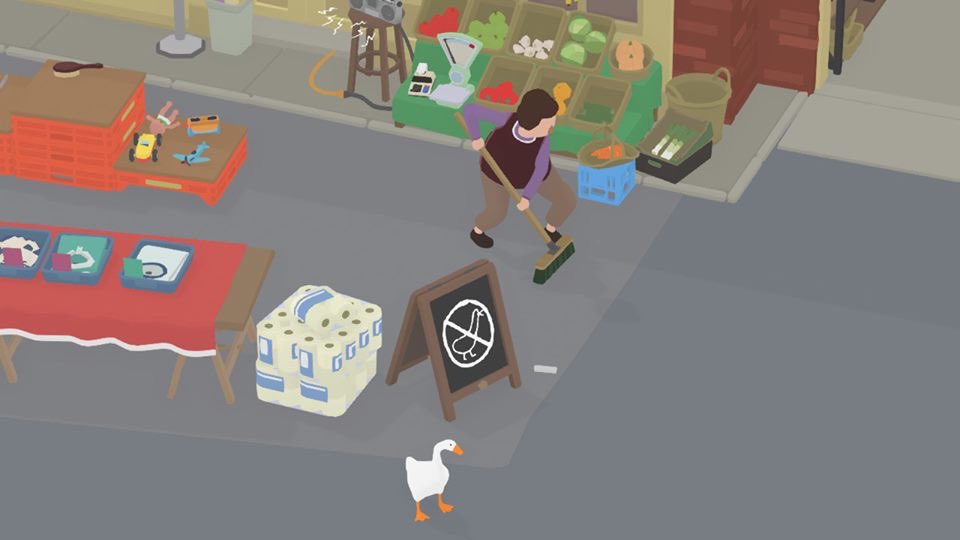 The premise of Untitled Goose Game is so simple (with a pay-off at the end that made me clap and laugh out loud): You are a goose with a to-do list and with the simplest tools at your disposal — walking, ducking, picking stuff up, dropping stuff, and honking — you have to accomplish each of your goals. Some of them involve some light thievery. Some of them involve some mild destruction. All of them involve you being generally horrible. There’s a brilliant piano soundtrack to accompany your shenanigans, gently alerting you to villagers’ level of engagement with your hijinks, elevating to full tilt as your fowl anarchy reaches its peak.

And it is anarchy, in its way. Kathryn VanArendonk interviewed the game’s creators over at Vulture. She mentioned that the alt-right has begun associating the goose with SJWs (Social Justice Warriors). Their response? They’re glad the goose is a leftist icon. “Anything the left can take joy in and pride in and have a bit of fun with, we love. And if it pisses off some alt-right people, then great.”