Last week Amazon released a second wave of streaming TV pilots to compete for a spot as the next Amazon original series. Amidst the offerings was Transparent, a family comedy Amazon describes as “An LA family with serious boundary issues have their past and future unravel when a dramatic admission causes everyone’s secrets to spill out.” I think you’re going to like the secret: it’s LBT women. The show opens by introducing you to three adult siblings: Josh (Jay Duplass), a sad-eyed hippie manchild; Ali (Gaby Hoffman), a wry, failure-to-launch depressive; and Sarah (Amy Landecker), a pampered, type A housewife, clearly bored by the monotony of her marriage. The human they know as their father “Mort” — now Maura — invites them over for dinner at their childhood home in order to come out to them as transgender. Unfortunately, the children are so busy selfishly bickering over who should get the house if their parent dies of cancer that Maura’s news never makes it out. 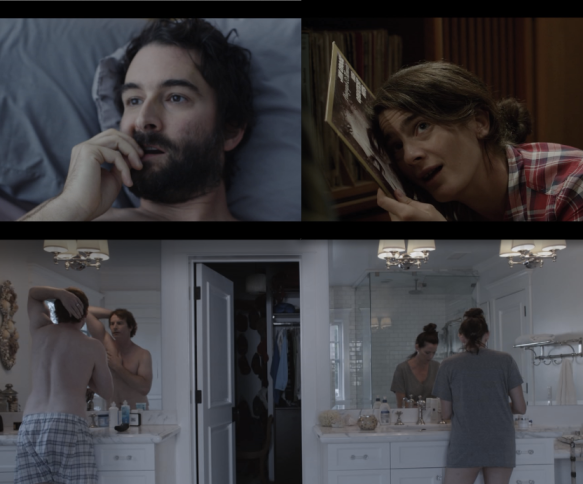 Josh picks his teeth. Ali tries to find meaning in a Jim Croce album. Sarah and her husband primp.

If you think Maura’s children sound self-absorbed and not very likeable, you’re exactly right! The characters in Transparent aren’t aspirational archetypes — they’re quirky, naval gazing weirdos — but they’re well written! After just thirty minutes you already know intrinsically who these people are and what they’re about: in real life, they’d be the annoying acquaintances just beyond your inner circle whose antics you love to hate. Like Lena Dunham meets Wes Anderson — simultaneously off-putting and enthralling. Plus, ten minutes in, we learn that another lead character, Sarah, had a serious relationship in college with a lesbian who resurfaces in the pilot wearing very cute glasses. Against the backdrop of her family, Maura is the most down-to-earth and sympathetic character. Given the overwhelmingly negative portrayal of trans people on TV, any positive representation is a welcome addition. However, the casting choice for Maura (Jeffrey Tambor, best known for his comedic role in Arrested Development) did send up a red flag. 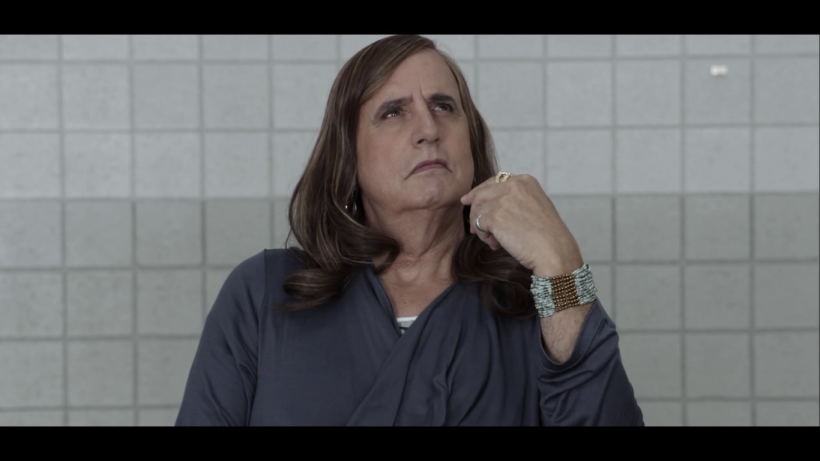 This pilot comes at an interesting time. Last year’s highest profile trans-inclusive film, Dallas Buyer’s Club, has been winning mainstream awards left and right while simultaneously drawing sharp criticism from queer community members. For one thing, many feel that the casting of a cis man in a trans woman role reinforces dangerous stereotypes of trans people being drag queens. For another, Jared Leto continually fails to be an advocate for trans women and is actually using the platform to be a total ass. I can’t imagine we’d be hearing such tone-deaf remarks from someone with lived experience as a trans person. That a cis man was again cast in a trans woman’s role gives me serious pause, especially when that actor is best known to me as George Bluth, walking punchline. That being said, the decision seems to have been made thoughtfully, with trans actors in supporting roles on screen and numerous trans people involved in production.

Maura’s trans support group. Aside from Tambor, all the actors in the scene were trans.

As a trans director, I ask myself, how would I cast a non-medically transitioning trans person, or someone pre-transition? I look at all options, and that may include some cisgender actors. I also see filmmaking as a holistic practice and don’t see casting as the only area to focus on regarding the politics of trans representation. Filmmaking is a team effort and when it comes to trans related subject matter, trans sensitivity needs to be integrated throughout the entire production chain.

As a filmmaker I have gone to great lengths to cast transgender actors. It sometimes takes more work to locate trans actors but because of my commitment to trans representation, I feel it’s a step well worth taking…there are certain instances in which casting a cisgender actor in a trans role can be appropriate. I don’t think it’s nearly as often as Hollywood’s track record might suggest, and 9 out of 10 trans characters in Hollywood productions are typically a disappointment, both in their writing and in their casting.

Whatever the verdict on the casting, writer Jill Soloway‘s work shines here. Soloway has written and produced for Six Feet Under, United States of Tara and Grey’s Anatomy in the past, as well as a few episodes of Dirty Sexy Money, the first primetime show to feature a trans character played by a trans actor (Candis Cayne). Soloway described Transparent as her “dream project” post-Six Feet Under, “this idea about a family who inherited a secret about sexuality as opposed to a funeral home.” So far, it seems that Maura is also a lady-loving lady, and aforementioned daughter Sarah might be lined up for her own coming out narrative. (Or something. It’s complicated. But she’s definitely queer.) 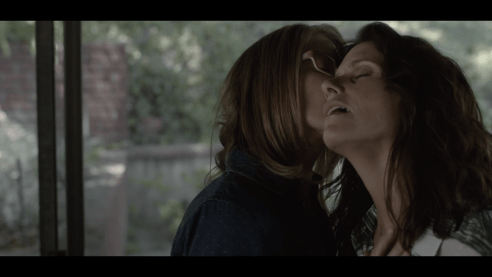 Tammy is described as a lesbian. Sarah isn’t labeled but her relationships suggest she may be bisexual.

The pilot for Transparent is available streaming free on Amazon. To provide feedback and help this show be picked for further production, complete the survey at AmazonOriginals.com.