This is you, if you were Evan Rachel Wood Bisexual (or Jamie Bell) on a bicycle. 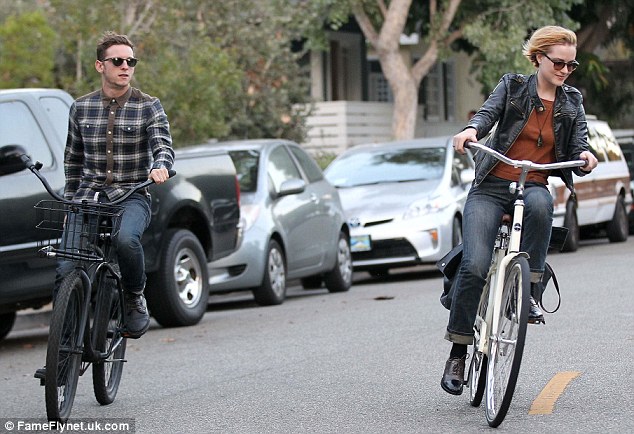 This is an SUV. 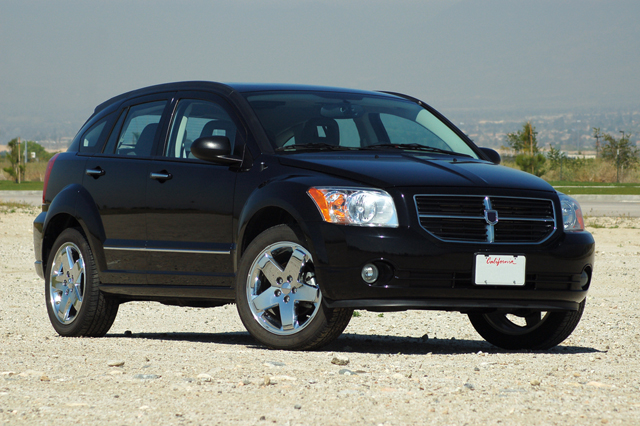 You might notice a couple of things offhand, like say, how SUVs are basically giant speeding hunks of metal, how humans are soft, squishy bags of water and organs in comparison, and wow, does anyone look bad in a p/leather jacket? (You might be thinking of how soft and squishy Evan Rachel Wood Bisexual looks, I don’t know, maybe, it’s your brain.) Now if we were to pit soft-squishy-you-on-bicycle against giant-hulking-metal-SUV, you would probably lose. I’m sorry! I’m rooting for you! But you would.

Balanced on a thin frame on a road shared with much larger and hardier vehicles, cycling puts you in a pretty vulnerable position. It is risky, unfortunately — crashes and other accidents are a normal part of the experience, and this is true whether you’re a velodrome veteran or only brush the dust off your bike a couple of times a year. Safer cycling is a thing though, and it’s easier to master than dental dams, so this week let’s look into ways to make commuting by bike less intimidating.

Look up where you can or cannot cycle: cyclists aren’t allowed on most expressways, but may be permitted on pedestrianised streets. Don’t cycle on pavements and always give way to pedestrians. Bike lanes are great but remember that you’re still vulnerable to the usual road hazards when you’re on them, especially if they’re just painted lines on the road. 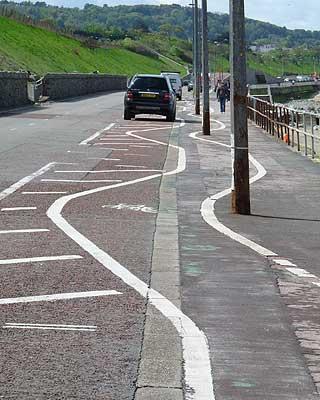 You funny, road planner.
via The Telegraph

Don’t ignore road signs! They’re meant to give you information that you can’t get from observation alone. 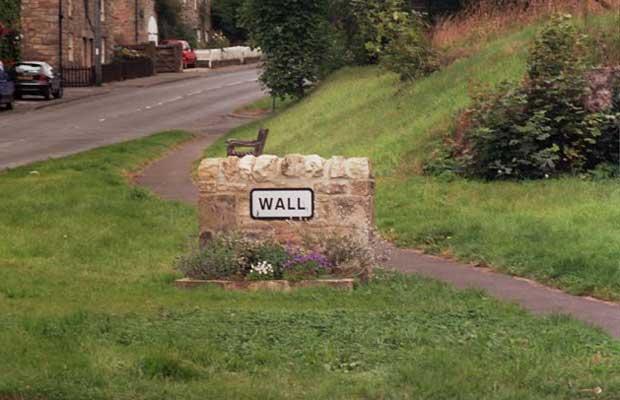 Well. Mostly.
via The Telegraph

Finally, it’s useful to know who gets right of way. As a general rule, vehicles on the major road (on which you don’t see stop lines at junctions) get to go first, and at roundabouts, give way to those on your right (left in the US). Always slow down at stop signs/lines even if the coast seems clear from afar.

2. …but Don’t Expect Them to Protect You

Plenty of motorists aren’t fans of cyclists, and traffic police aren’t exceptions to this. I’ve seen a van reverse out into a busy major lane without warning, almost knocking a cyclist over a process — so naturally a passing police car stopped the cyclist for being reckless.

Abiding by traffic laws isn’t always going to be enough to keep you safe. Some drivers see bike lanes as prime parking spots, while others will corner you into dangerous positions when you’re stopped at red lights. Learn to ride defensively, i.e. anticipating potential problems and dangers above and beyond what road signs prepare you for, and know your rights for when you get harassed by road ragey drivers.

3. Be Aware of Your Surroundings

Possibly the only thing I miss about public transport commutes is catching up on reading or TRMS podcasts while I’m crammed into tube carriages — but this really isn’t the time to be listening to an audiobook for your next class. Check behind you frequently, especially before making a turn, even if it seems clear at first glance. (Electric cars and pedestrians can be really quiet!) If you encounter a hazard on a busy lane, brake instead of swerving into traffic.

Be especially wary when cycling alongside parked cars, lest you get “doored.” 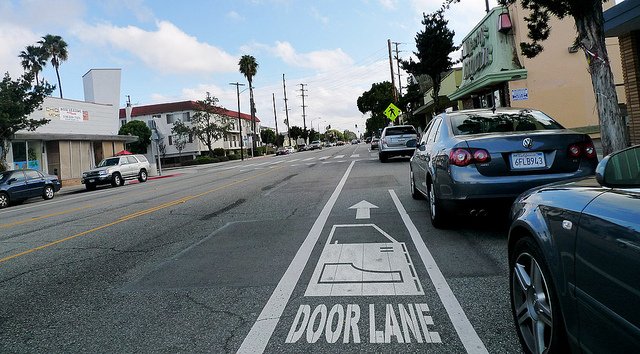 Don’t wear headphones! Especially on quiet routes – if you’re not expecting to run into anything/anyone, you won’t be looking out for them. If you really need to, get open-back headphones that don’t block sound.

Your head is full of lots of important things, like neurons and glia cells and hopes and dreams and feelings. Putting on a helmet decreases your risk of brain and head injury. 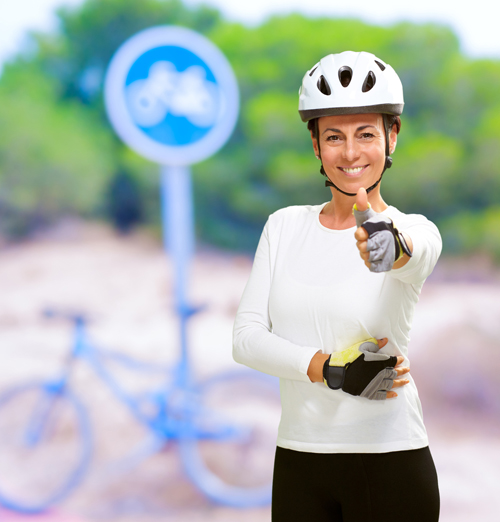 Wear a helmet no matter how short your journey is – fatal head injuries are possible even when colliding with pedestrians at slow speeds. Make sure your helmet fits well and securely, so it doesn’t move at all in a fall. Try to get one appropriate to the type of cycling that you do, too. Streamlined racing helmets look cool but might also twist or catch on the road if you fall on a regular commute.

Helmets are single-impact items! Get yours replaced after a fall even if there are no visible signs of damage, because it’s useless if the solid foam has been crushed internally.

Helmets cannot protect you from body injuries (e.g. from being run over) and from high-speed collisions with vehicles. Research on the effectiveness of bike helmets is contentious, and in 2006 Dr Ian Walker showed that drivers go closer to cyclists wearing helmets than those who don’t. (The same study also revealed that drivers give more space to cyclists that they perceive as female.)

Helmets are not a substitute for safe riding (and driving). So don’t forget to put one on, but remember it’s not a panacea for all road dangers. 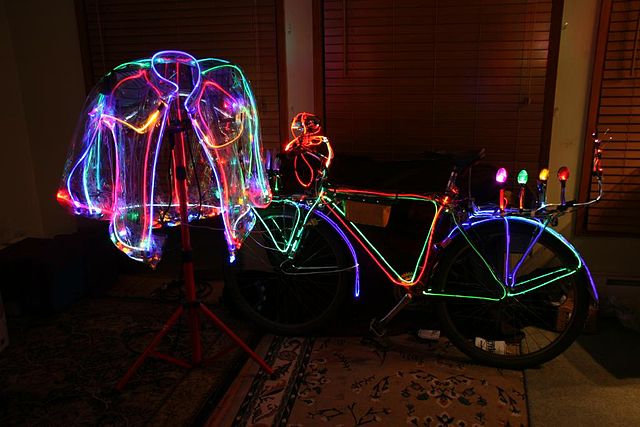 This should probably do the job.
via Wikipedia

Don’t sneak between cars, and don’t wait in their blind spots. At junctions, try to get ahead of waiting vehicles so you know they can see you – some will have space reserved at the front especially for cyclists.

Counterintuitively, if you’re feeling unsafe or unsteady, moving closer to the middle of the lane is safer than hugging the kerb. Cycling too close to the side encourages cars to overtake you dangerously, or you might brush against the kerb or skid on drainage covers. Most recommend keeping a distance of 0.5–1m from the kerb, or directly to the right of lane markings.

You are good with your hands, yes? Signalling tells drivers and other cyclists what you’re about to do so they can adjust their own paths accordingly.

If you’re unsteady on your bike, it helps to practice one-handed cycling in safe environments before hitting the road. Don’t brake sharply while signalling – you will fall, and it won’t even make a cool story.

Get to know what cars can or cannot see (hint: not much). Back when I was a newer cyclist than I was a driver, I imagined that every driver on the road was like me – not very good and too small for the driver’s seat. After midnight, just assume that everyone on the road is drunk so avoid avoid avoid.

The blind spot is what you need to be especially wary of. Drivers can’t see what’s immediately beside their cars, which is why you should avoid squeezing between vehicles as far as possible. 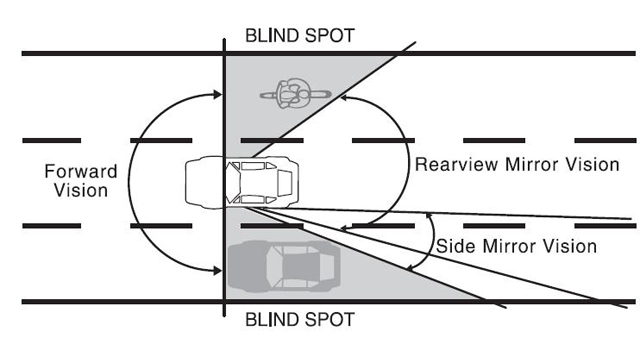 Familiarise yourself with what car rear lights mean, too:

If you can’t get to the front of traffic, stop behind cars and large vehicles at junctions so you know what they’re planning to do. 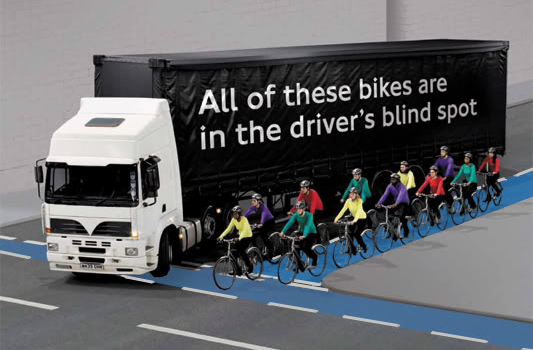 via Transport for London

Undertaking refers to passing the vehicle on the side away from where the driver is, and doing this at junctions (as in the picture above) can be fatal. Just take it as given that HGV drivers can’t see sh*t. Buses have slightly better visibility due to wider windows and drivers more thinkingly looking out for cyclists, but as a general rule, if it’s a hundred times bigger than you and could possibly crush you to death, avoid it.

When you’re passing drivers or jaywalking pedestrians, make eye contact so you know they see you. People are less likely to do mean things to you on the road if they remember that you’re human. (This should go both ways!)

This has been the fifth installment of Autostraddle’s bike column, where we discuss the joys and perils of getting in (okay, on) the saddle. Here we talk how-tos, gear guides, history, travelling and anything else that comes to mind. The title “Bikes to Watch Out For” was inspired by the iconic lesbian webcomic, Dykes to Watch Out Forby Alison Bechdel.