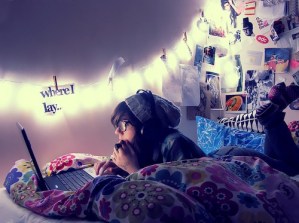 If you search for “I think I have” in your gmail archives/inbox on gmail.com, you will find out what you and your friends/co-workers thought they had in 2010. What did you think you had in 2010? Please share in the comments.

1. I think I have had an ambien and vodka and no longer trust myself to send this movie — I MEAN EMAIL NOT MOVIE.

2. I think I have a fever. My brain’s a little broken and ranty.

3. I think I HAVE AN IDEA – let’s test out the idea of being not cynical in the recap? Like Obama said?

4. I think I have too many feelings to participate.

5. I think I have taken like four xanax, so even when I speak these words of frustration, I don’t really feel them, which is quite nice, and maybe tomorrow I will wonder why I thought it was ok to @-reply that girl 10 times.

6. I think I have self-destructive insomnia

7. I think I have just come to realize that my brain looks nothing like Whitney’s brain.

8. I think I have a point? I dunno. What I’m saying is: if she wants to do something, I want her to go ahead and effing DO it.

15. I think I have [a picture] of me getting out of an industrial sized dryer, which would be really funny and literally hot.

17. I think I have taken like 2 mg of xanax that may or may not be from the internet.

18. I think I have to have something monogrammed for you and put it in a gift bag.

19. I think I have to unfollow Tavi on tumblr.

20. I think I have four articles that need to be edited. But I really feel like I need to sit in a dark quiet room for maybe days and not think of anything. I don’t think that’s something I can do, though.

21. I think I have concealer on the leg of my jeans? Something beige. And smudgy.

22. I think I have accidentally unlocked her crazy. I don’t know a way out of this.

23. I think I have questions, but I have to go look at castles now or something, so i’ll email you again later.