Haven’t you ever wished that instead of being what it is, Glee was actually just a show about lesbians with no dialogue, only music videos? I sure do.+ 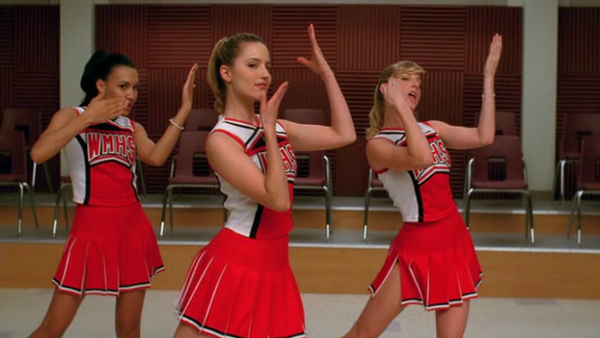 This episode was a shithole of death and despair, but this song gave the whole female cast an opportunity to act like lesbians, and it seems like they had a really nice time with that.

This song is borderline unbearable, but somehow the performance manages to sizzle with sexual tension.

This won Brittany the election… IN YOUR PANTS.

Were we ever so young?

Technically it’s just a Santana number, but it just split your little lesbian heart open and therefore feels like a Brittany/Santana number in your heart. Your split-open heart.

Next: The Top Five!