“Whenever I play a character whose gender isn’t discussed, people applaud my being cast as cis. But unless you see a baby coming out of my vagina, my character is trans. Always.” – Jen Richards, actor, woman, trans

Nikole Beckwith’s Sundance dramedy Together Together is really two movies. There’s the movie most people will see — a story of platonic love between a soon-to-be single father and his loner surrogate. And then there’s the movie I saw — the same premise filtered through an awareness that the woman at its center is one of the most talented trans performers working today.

Parts originally written for cis people should always be available to trans actors. Hollywood is wasting a vast amount of talent due to the limit of trans parts and due to how poorly most of those parts are written. Given its premise, Together Together was an unlikely project to break the pattern, and yet in doing so the film found its greatest asset. Not only does this movie show what trans actors can do, it shows what Patti Harrison specifically can do — the answer is everything. 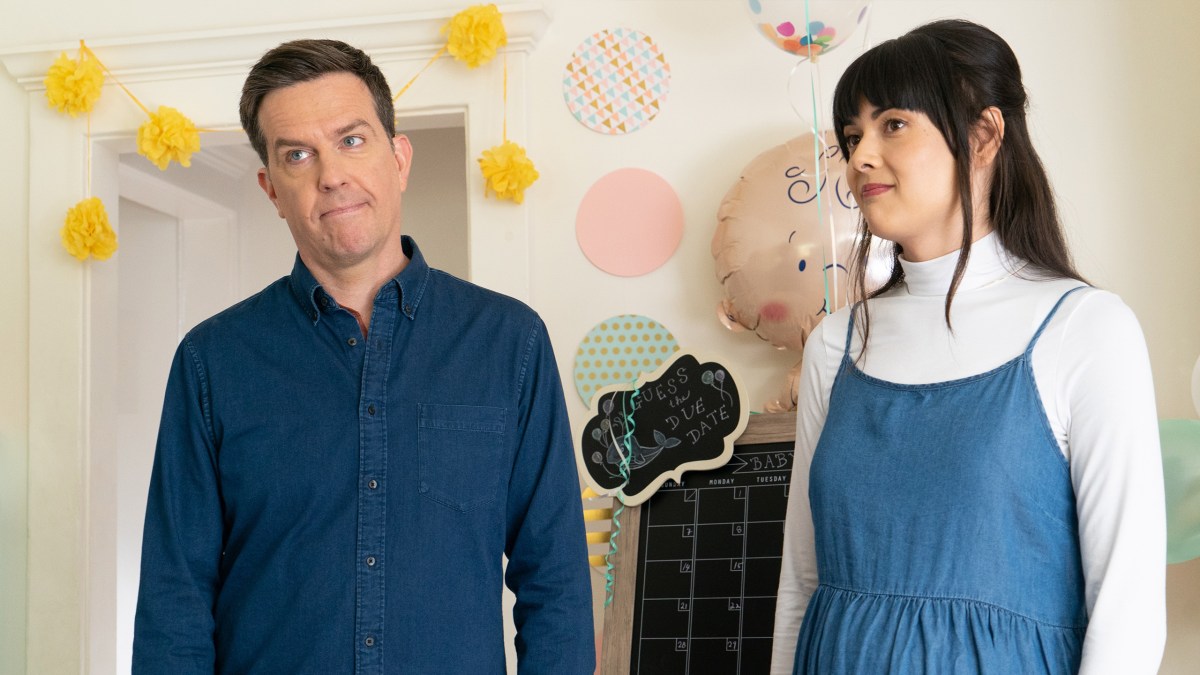 But there are enough cis people typing up reviews right now that will briefly mention this representational step before heaping praise on Patti separate from her transness. Good. It’s what she deserves. But as someone fortunate enough to be trans myself, I’d like to argue that acknowledging Patti’s transness actually adds a layer to this film that’s explicitly about gender, bodies, and chosen family.

I first saw Patti in a video made for Seriously.TV called The Barkchelorette where she searched for love at the Westminster Dog Show — and by searched for love I mean set out to fuck a show dog. I was immediately taken with her brazen comedic voice that only got weirder the more I watched. Despite being devastatingly attractive, Patti is never afraid to make herself look ugly — physically or otherwise. She is vocal about her transness, but makes jokes with a total disregard for respectability. And she gets away with it, because she’s just… so… funny. Even as Ruthie on Shrill, she manages to fully be herself adapting her weirdness to the tone of a half hour indie dramedy. And in Together Together she adapts once again playing a character far less weird than her usual persona, but with the same amount of specificity and obvious watchability — and with an added emotional depth.

We meet Patti’s Anna during her surrogate interview with Matt (a sweet and tender performance from Ed Helms). She immediately shows her emotional walls and her wit — Matt likes her wit. Matt is single but ready to move to the next phase of his life. Just because he’s a man doesn’t mean he’s without a biological clock and he’s ready for a baby. He selects Anna and their initial odd couple awkwardness turns into an odd couple friendship.

The challenge of making a movie about emotionally closed off lonely people is they become closed off to the audience as well. One of the reasons trans actors want to play cis parts is so they can play characters who are not defined by their transness — but for much of the movie Anna is defined by her cisness. We know that she had a baby as a teenager that she gave up for adoption. We know she works at a coffee shop. And we know she’s estranged from her family. But that’s about it. By starting at the interview, the film doesn’t provide a look at Anna’s life before the pregnancy. This choice is pointed, as will be revealed throughout the film. But in the hands of a less talented performer we wouldn’t care about Anna by the time we learned more. The opposite is true here. Patti’s Anna may not provide us with a lot, but with a single joke or a single look she becomes someone we want to know. We then become aligned with Matt, eager to be closer to Anna, frustrated by her boundaries and the boundaries inherent in a parent/surrogate relationship — and a viewer/character one. 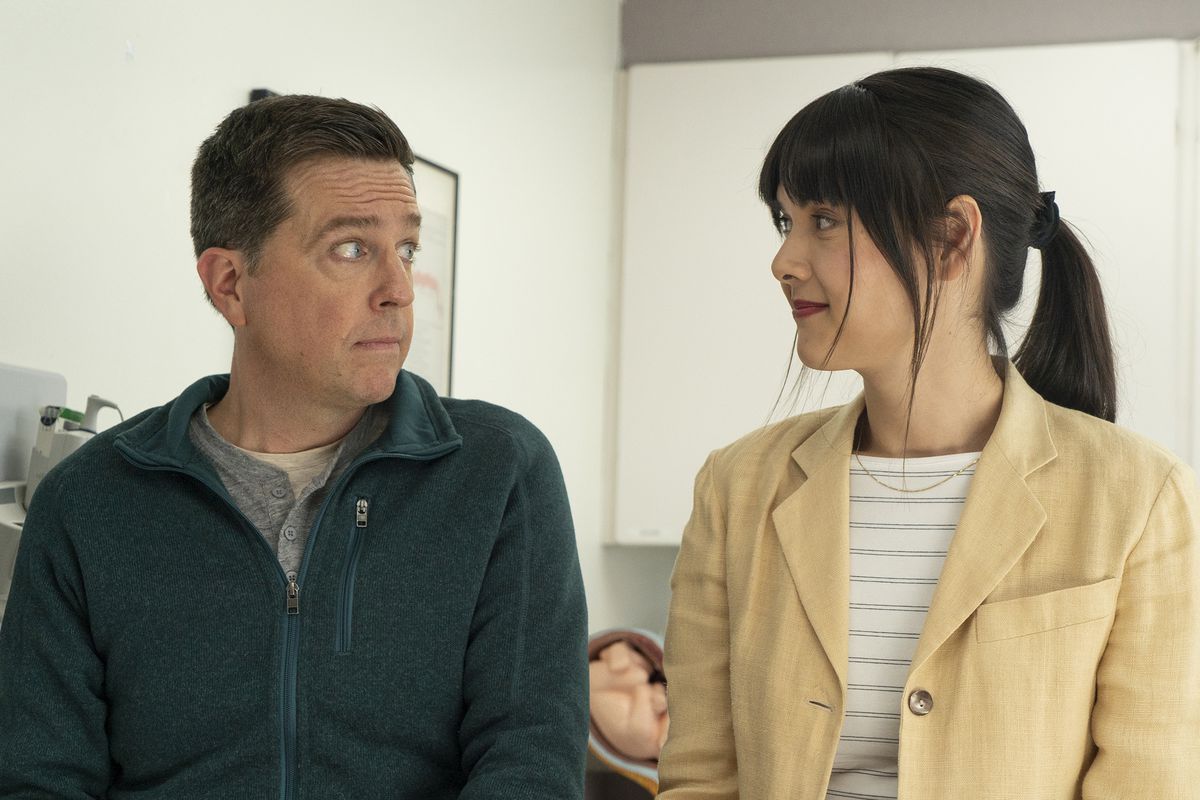 Eventually, Anna tells Matt — and us — that after her high school pregnancy her family never looked at her the same way. She got tired of being seen the way they wanted to see her — rather than being seen as herself. So she left. She cut them out of her life and no longer speaks to them. When trans people do this, as we often have to do, we find community with one another. But as a cis straight woman, Anna is just alone. She has casual hook ups and banter with her coworker, but she doesn’t have any friends — certainly no chosen family. But that’s exactly what Matt becomes. Boundaries bedamned she moves into his apartment — ostensibly for the care of the baby but really so they can hang out and watch Friends.

If this were your average heterosexual romcom, Matt and Anna would fall in love and raise the baby together. But this is not your average heterosexual romcom. Anna calls out Matt’s love of rapist Woody Allen as the film addresses why our culture suggests a 45-year-old man fall in love with a 26-year-old woman rather than befriending her. In fact, the movie’s credits utilize the “Woody Allen font” in a further act of subverting that narrative and his work. (Don’t judge me for recognizing the Woody Allen font — I used to be a teenage Jewish boy!) But in a sense Matt and Anna do fall in love — it’s just more complicated and more familial.

Because of Matt’s position as a single father, the body of a cis woman is emphasized even more than in other pregnancy movies. In one scene, Anna forces Matt to prove that he knows how to put a tampon in, so someday he can explain it to his child if the child ends up having a vagina. Later, we see Matt wearing a device that allows him to breast feed formula, a bottle nipple right at his cis male chest. By the time, we’re watching Patti as Anna go into labor, the movie has already shown examples of different bodies filling different parental roles. Knowing that Patti has never given birth and that she nor any other trans woman can — at least given the current science — adds a poignancy to Anna’s final moments. And that’s not to say it makes Anna less authentic or these moments work less in a textual sense. After all, when Jennifer Aniston gave birth on Friends, she’d never done it either.

Ultimately, the film shows that the differences between cis people and trans people aren’t as vast as we usually think. There are many ways to make a family and the more expansive our imaginations the more everyone will benefit. This is a gift we give to cis people — showing that there are other ways of being. And if it takes Patti Harrison playing cis to become a movie star, then that just might be their gift to us.