Yes, people have been talking about Tim Cook being gay forever. He was never secretive about it (like when he gave a speech about gay rights at his alma mater). He just hadn’t said “I’m gay” with his own mouth in a public place or to a media outlet. So that left him in a really nebulous place, media-wise. Do we talk about the fact that he is a super powerful, super smart homogay computer gentleman? Or do we not? Some media outlets have specifically chosen not to include him in their discourse because he had never come out publicly (though some, like Queerty, acknowledge that this is why they don’t include him even though he is gay, which seems like a really strange way of honoring privacy). Some have chosen to just talk about him as gay, regardless of the fact that he’s been a deeply private man in a weird age where information about people is so, so public and accessible (and that labeling him without his consent is kinda meh-icky-weird as a hapless CNBC host found out earlier this year).

Until this morning. In an article he penned for Bloomberg Businessweek, Tim Cook came out in a very public way using his own words.

For years, I’ve been open with many people about my sexual orientation. Plenty of colleagues at Apple know I’m gay, and it doesn’t seem to make a difference in the way they treat me. Of course, I’ve had the good fortune to work at a company that loves creativity and innovation and knows it can only flourish when you embrace people’s differences. Not everyone is so lucky.

While I have never denied my sexuality, I haven’t publicly acknowledged it either, until now. So let me be clear: I’m proud to be gay, and I consider being gay among the greatest gifts God has given me.

Further along in the article, he does distance himself from activism:

The world has changed so much since I was a kid. America is moving toward marriage equality, and the public figures who have bravely come out have helped change perceptions and made our culture more tolerant. Still, there are laws on the books in a majority of states that allow employers to fire people based solely on their sexual orientation. There are many places where landlords can evict tenants for being gay, or where we can be barred from visiting sick partners and sharing in their legacies. Countless people, particularly kids, face fear and abuse every day because of their sexual orientation.

I don’t consider myself an activist, but I realize how much I’ve benefited from the sacrifice of others. So if hearing that the CEO of Apple is gay can help someone struggling to come to terms with who he or she is, or bring comfort to anyone who feels alone, or inspire people to insist on their equality, then it’s worth the trade-off with my own privacy.

And you know what? I can dig that. Coming out isn’t activism just because you’re a high-profile CEO — in fact, coming out is probably less of an activist act for someone in Cook’s position than for someone who isn’t, who doesn’t head a company full of supportive people and has so much more to lose should it go poorly: home, family, job — Cook knows that by penning this article, he really doesn’t stand to lose any of those human needs whereas so many others do. He lists the things his company has done to further gay rights and hopes his company will continue to do those things, but truly he just wants to be a CEO. And he wants to do what he can to make the world better. 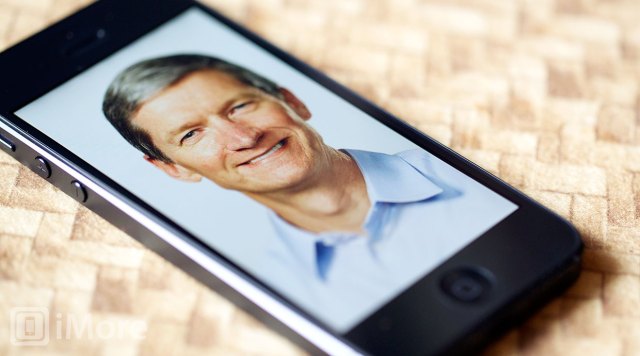 While he doesn’t consider this an activist act, I do think it makes the world a little better than it was before. When we tell our gay youth that it really can get better if we all strive to make it better, Tim Cook is one of the people we can point to. The CEO of one of the most powerful companies in the world, a company responsible for changing the tech industry over and over again, is gay. And he feels good about saying that.

What a world we live in today, huh folks? Who’s gonna be the next CEO? Who’s gonna change the face of the world? It could be any of us, and every day we have more and more possibility models to prove it.