Over the last few years, sex toy companies and stores have asked us to review their toys in exchange for, you know, their toys. Today we’re reviewing the Thrust & Go from Evolved Novelties. 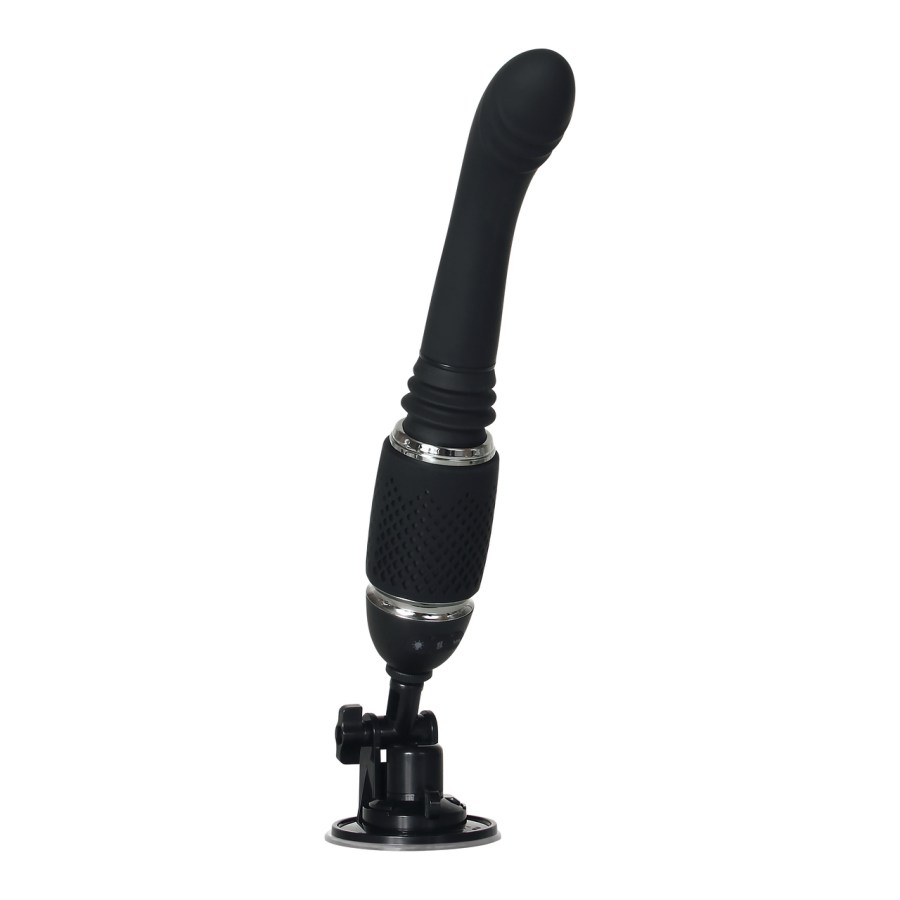 Previously, I’ve had some luck with the Fun Factory Pulsators. The shapes that Fun Factory develops are always functional and smart — their thrusting vibrators are shaped like regular vibrators, but they use two magnetic weights to create a thuddy back-and-forth motion. I’ve heard rumors that some people can keep them inside with just their legs/ muscles, but that hasn’t been my experience. I usually have to hold the toy inside with my hand.

I had trouble getting the suction cup to stick to all surfaces, but once it sticks, it’s strong and stable. It works best with a flat, smooth surface, but I was able to screw myself with it against drywall, in the bath, on tile and against a mirror. The base also pivots, so you’re really able to angle the toy in a way that’s best for how you’re sitting, lying down or standing. I wouldn’t describe the Thrust & Go as quiet, but it wasn’t nearly as loud as many thrusting vibrators out on the market. Best of all, the Thrust & Go’s thrusts are good, strong thrusts with an actual in-and-out motion that really jive with my body. The two silicone attachments have a little flexibility and bend to them to ensure that it’s not too hard in your body.

While it required a little bit of work to put the Thrust & Go together and stick it against a wall, being able to use my hands while getting the penetration I desire is totally worth pulling it off the shelf any day.