Welcome to the fifth “This Business of Art / Media / Web Fix,” in which I share with you things I read that I loved relating to the work I do here — online media, business, entrepreneurship, women in tech, start-ups, journalism, publishing, management, queer visibility, and so forth. You can expect this sucker to drop every-other Wednesday. 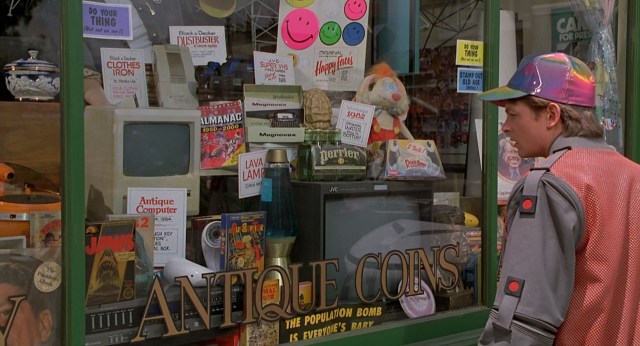 Last week, publishers “braced themselves for the impact” of Facebook Instant Articles, “quick-loading stories from companies including The New York Times, The Guardian, National Geographic and BuzzFeed that load on Facebook’s flagship app 10 times faster than before.” These articles are hosted on Facebook’s servers, which means “if the format proves successful, and Facebook maintains its dominance in distributing news online, publishers could become ever more dependent on a platform they can’t control.” Not to mention that only the largest and wealthiest publishers even have the option to participate, anyhow. Basically this plan allows you to never leave Facebook, which in and of itself seems like a pretty terrible way to live, but I digress. I managed to feel stressed about this for only a few hours — we’re independent and we’re a genuine community, not just a news feed or content farm, and our revenue is driven more by engaged users who buy merch, go to camp, join A+, and buy through affiliate links than it is by amassing pageviews for their own sake. I don’t think Facebook Instant is for us, even if we had the tech support and connections to enable it. Besides, Poytner assured us that it’s not the apocalypse.

Regardless, the Instant conversation is an interesting one, especially within the wider dialogue around publishers’ (including us) dependence on Facebook for traffic. A while back, in anticipation of Instant, The Awl wrote The Next Internet is TV, a terrifying treatise on the idea that “for a publisher that wants to grow dramatically, websites are unnecessary vestiges of a time before there were better ways to find things to look at on your computer or your phone.”

Following the actual rollout of Instant Articles, The Awl gave a nice long look at what could go wrong and reminded us that we’re playing a dangerous game if we forget that “Facebook is an advertising company that answers to its shareholders” and has no real interest in journalism. Fortune Magazine called Instant Articles a Faustian bargain that gives Facebook immeasurable power, noting that “The big risk is that Facebook plunders the relationship that news companies have—or should have—with their readers, and then destroys their business model almost accidentally, while it is in pursuit of other things.” ReadWrite thinks we really ought to “resist a slide into a scenario where the Web consists of little more than a handful of major players, and where anything outside their walls withers and dies.” AMEN.

In conclusion, I’d like to give The Rumpus a hearty pat on the back for the copy accompanying its link to a story on Instant Articles: “The New York Times and Buzzfeed published directly to Facebook, just like your mom.” 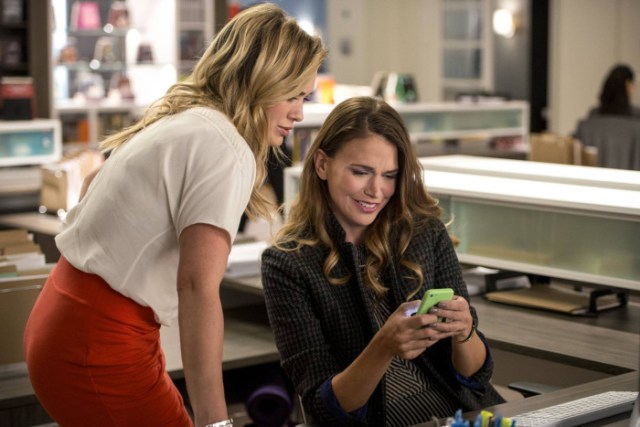 + So Slack has a podcast now, and it’s gonna be good, they say.

+ In No Comment, Rachel Newcombe shares real fears and insecurities regarding nobody commenting on her stuff, which then becomes a story about how she fell in love with The Rumpus. Perhaps you can relate.

+ This isn’t online-specific, but it’s really interesting nonetheless: Is It Time For Literary Magazines To Rethink The Slush Pile?

This Business of Queer Business 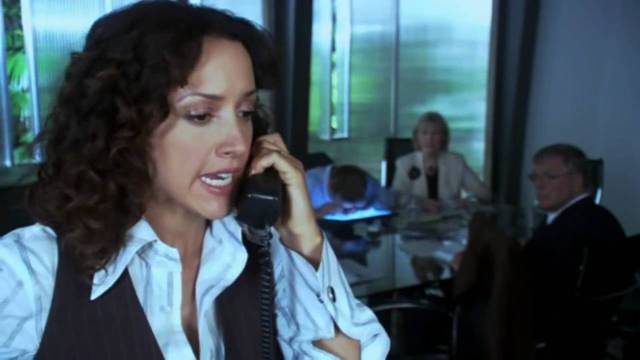 + The Business of Planning Same-Sex Weddings: “Smith posits that because same-sex weddings are nontraditional, they have the ability to reenergize and inspire the planner who might be languishing amid cookie-cutter trends of design and the flow of events. Above all, Smith believes, these clients are not taking the right to marry for granted. “It’s a breath of fresh air,” she says.”

+ Teens are taking over Silicon Valley — and it’s killing the Bay’s queer culture:  “Moving to San Francisco used to be about a quest for identity and a chance to live in a place where diverse identities are embraced, rather than persecuted. It’s been a bastion of queer culture since long before the 1970s, when the Castro—formerly a primarily working class Latino neighborhood—became the epicenter of a growing gay community…Today, however, that’s changing. For many, moving to San Francisco, or the Bay Area at large, is no longer about finding yourself. It’s about chasing Silicon Valley’s gold.”

+ Transitioning in the Corporate Workplace: “Transitioning gender in the workplace is like playing a chess game while spinning plates and herding cats.” 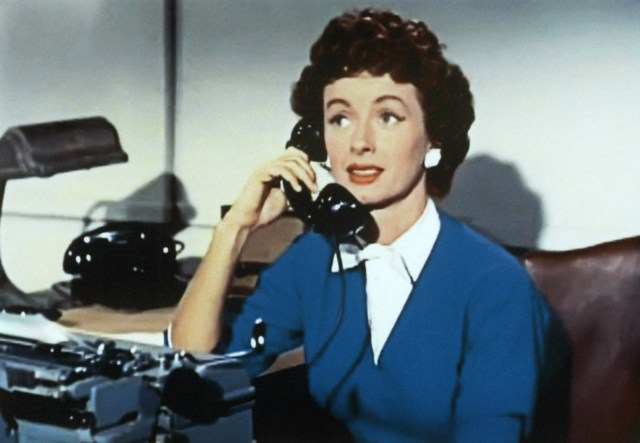 + Mental Floss (a very excellent magazine) gives you a little bit of lady-journo history in When Feminists Confronted the Men in Charge of Ladies Home Journal, about that time a bunch of women from NOW, the Redstocking Liberation Group and other women’s rights activists staged a sit-in at the LHJ offices. Fun fact: pretty much every single women’s magazine in this country was once run and written entirely by men.

+ Math for Journalists Made Easy: This is a free Massive Open Online Course anybody can take via the Knight Center for Journalism in the Americas. I use so much math in my job. Like, every day I bow and thank the heavens for ignoring my insolent adolescent claims that I didn’t need to know any of this shit. I needed to know all of this shit.

+ What Think Piece Writers Get Wrong About Lobotomies: “Would I recommend that everyone get a lobotomy? Of course not. That would be an inexcusable act of brainsplaining. Moreover, having the ability to immediately translate every bit of pop culture ephemera into impassioned essays can be a curse. Hell is not other people (at least for the lobotomized). Hell is not being able to watch reruns of The King of Queens without writing a think piece on eldercare.”

+ She’s Not Annoyed, She’s Just Busy: Advice On Finding Mentors and Role Models in Journalism For Women, via Poytner. 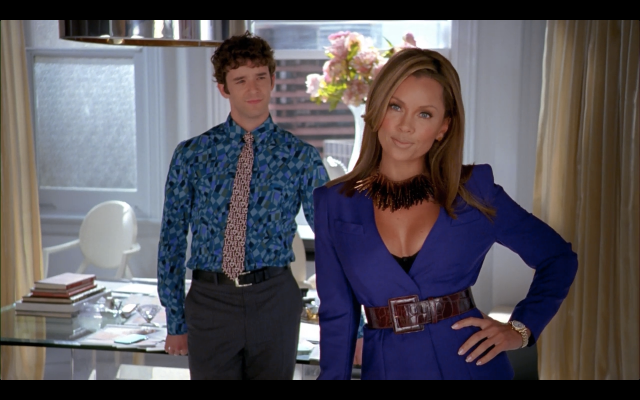 + What if Everybody Didn’t Have To Work To Get Paid? This is a really fascinating idea! Basically, there are many advocates for the concept of “Basic Income” who “believe that governments should provide every citizen with a monthly stipend big enough to cover life’s basic necessities” and that this will lead to more creative and fulfilling work.

+ Check out The Morning Rituals of 10 of the World’s Most Inspirational Entrepreneurs (Infographic). I’m definitely gonna follow Richard Branson’s advice to take a morning swim around my island.

+ This Mom Will Review Your Website for $75 – Spoiler alert: it’s not my mom.

+ Glassdoor has The 25 Best Cities for Jobs, which, like most rankings like this, isn’t really terrifically accurate or useful and everybody’s response has been, “this is wrong.” However, my future home of Detroit is #1 for cost of living, and my current home of the Bay is #49, which is a perfect explanation of why I am leaving here for there.

The Businesswoman’s Special: Advice On How To Work Better Etc 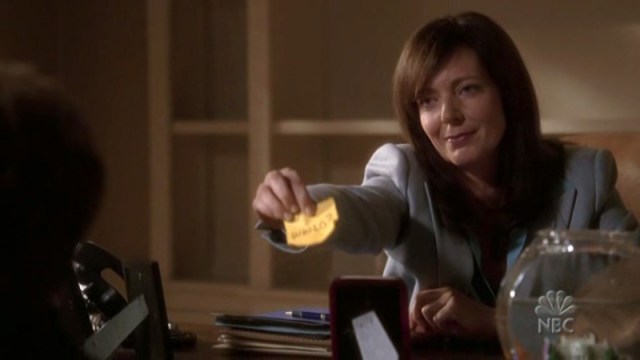 + In 24 Ideas To Change How Your Remote Team Works, Next Web has gathered some of the best web-writing on this topic into a delightful post for your education and enjoyment. Highlights include Buffer’s How We Connect, Celebrate and Have Fun As A Remote Team, Contactzilla’s 7 Tips For Communicating With Remote Workers and Helpscout’s Why Remote Teams Are The Future.

+ The Perfect Workspace (According to Science) (99u)

+ 25 Businesses that Make Life Simpler for Other Businesses (Entrepreneur)

+ 8 Tips To Be An Awesome Networker At Conferences (Entrepreneur)

I know you’re probably looking for the “things I wish people would pitch us” but I’m holding back on that this week ’til Laneia has time to catch up with the submissions inbox seeing as we’re about to be gone for quite some time due to A-Camp 6.0 starting NEXT WEEK!

Instead I’m gonna ask you a question! How do you feel about video ads embedded in posts? You can see what I mean by reading this post — as you scroll, you’ll notice a video ad suddenly appears and starts playing (sans audio) underneath that second picture of ScarJo and some dude. We were offered some of these today at twice the rate we normally get for ads but I said “nope,” because SWEET JESUS doesn’t that shit totally kill the reading experience? Wouldn’t you hate it? Messy Nessy Chic uses them and it’s intensely jarring every time (but I’m not mad at her for using them, I know bloggers gotta pay the bills, and it hasn’t impacted how often I read the site. But I still don’t want it here.) What if a Target ad showed up in the middle of a personal essay? We’ve always been particular about what format of ads we run — no pop-ups, no pre-roll, no video-to-see-this, etc. — but since starting A+ it feels extra-important to make this site a nice place to hang out instead of a commercial assault on your senses. I’d love to hear your thoughts. Which ads annoy you the most?