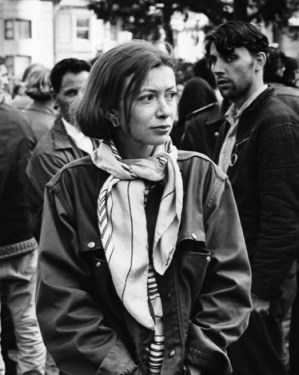 This weekend at A-Camp I’m doing a lot of things that relate to my #2 favorite activity (after “eating french fries”), writing! Although I personally have a great deal of wisdom to impart to the grasshoppers, I’m a grasshopper myself and have been influenced along the way by a lot of people who wrote about writing.

In the spirit of “Things I Read That I Love,” I wanted to share some of my favorite things I’ve read on the internet about writing — not just literary writing, but about journalism and writing for the web too. Aside from the Lorrie Moore piece, these are all things I indeed discovered and inhaled via world wide web. I hope you like them like I like them!

How to Be A Writer, by Lorrie Moore (1985)- This is a classic, this is the thing you need to read. “First, try to be something, anything else.”

Exposed, by Emily Gould for The New York Times Magazine (May 2008) – One of my favorite things I’ve ever read online, and also surprisingly one of The Times’ most controversial essays ever published — many patrons didn’t think Emily’s honest and perceptive personal story was cover-worthy. Well, I loved it.

The Accidental Plagarist, by Erik Campbell for The Virginia Quarterly Review (2007) –  The best part of this is that he talks about accidentally plagiarizing Stephen Dunn, which I think happens to me sometimes too.

Look At Me!, by Moe Tkacik for The Columbia Journalism Review (May 2010) – It’s called “the writer’s search for journalism in the age of branding” and that’s what it’s about. Moe was one of Jezebel’s founders, but she wrote a lot before that, and after that, and has some pretty compelling things to say about all of it.

Why I Write, by George Orwell – “I had the lonely child’s habit of making up stories and holding conversations with imaginary persons, and I think from the very start my literary ambitions were mixed up with the feeling of being isolated and undervalued. I knew that I had a facility with words and a power of facing unpleasant facts, and I felt that this created a sort of private world in which I could get my own back for my failure in everyday life.”

Engaging Television: An Interview With Writer Jacob Clifton, by Sarah Todd for Girls Like Giants (March 2012) – An interview with one of the best television recappers in the world (he writes for Television Without Pity) — really really interesting stuff, to me.

Writers, Visible and Invisible, by Cynthia Ozick for Standpoint Magazine (September 2008): “Thespians, celebrities and politicians, whose appetite for bottomless draughts of public acclaim, much of it manufactured, is beyond any normal measure, may feed hotly on Fame – but Fame is always a product of the present culture: topical and variable, hence ephemeral. Writers are made otherwise. What writers prize is simpler, quieter and more enduring than clamorous Fame: it is recognition.”

Why I Blog, by Andrew Sullivan for The Atlantic (November 2008) – “…as blogging evolves as a literary form, it is generating a new and quintessentially postmodern idiom that’s enabling writers to express themselves in ways that have never been seen or understood before. Its truths are provisional, and its ethos collective and messy. Yet the interaction it enables between writer and reader is unprecedented, visceral, and sometimes brutal. And make no mistake: it heralds a golden era for journalism.”

This post goes hand-in-hand with A-Camp’s Writing Workshop with Riese and Rachel.