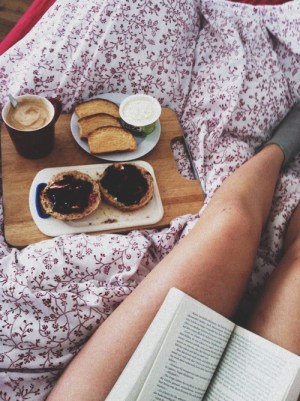 HELLO and welcome to the 91st installment of Things I Read That I Love, wherein I share with you some of the longer-form journalism/essays I’ve read recently so that you can read them too and we can all know more about Claire Danes! This “column” is less feminist/queer focused than the rest of the site because when something is feminist/queer focused, I put it on the rest of the site. Here is where the other things are.

On the Thomas Pynchon Trail: From The Long Island of His Boyhood To The Yupper West Side Of His New Novel (August 2013), by Boris Kachka for New York Magazine– Thomas Pynchon is really reclusive. Even though I’m not smart enough to get into his books, I am always intrigued by apparent hermits, and any contradictions wherein.

What’s Killing Poor White Women? (September 2013), by Monica Potts for The American Prospect – “For most Americans, life expectancy continues to rise—but not for uneducated white women. They have lost five years, and no one knows why.”

Varieties of Disturbance (September 2013), by John Lahr for The New Yorker – Only the article about Claire Danes I’ve been waiting to read since 1994, and it was worth it, every minute. I can’t believe I didn’t know (or remember) that Alicia Silverstone was up for the role of Angela Chase!

Lust’s Labors Lost (August 2013), by Rachel Swan for San Francisco Weekly– Aw, this is sad. I saw the movie Live Nude Girls, about the Lusty Lady’s unique feminist co-operative model, several years back, and so I visited the place in 2010 with Alex out of curiosity. I can’t say I really understand the peep show appeal, it felt super-awkward to me, but I guess it’s shutting down now, which is sad because it is The End of An Era.

A Death in Valdota (September 2013), by Jordan Conn for Grantland – “Multisport athlete Kendrick Johnson was found dead in his Georgia high school’s gymnasium in January. Authorities ruled it an accident, but Johnson’s family believed something very different — and a second autopsy appears to support their suspicions.”

Collectors on a Mission (August 2013), by Lisa Hix for Collector’s Weekly – Obviously not satisfied merely with colonizing and destroying indigenous people’s cultures all over the world, European missionaries also were avid collectors who would take artifacts on their missions (often in an effort to remove “heathen” spiritual items and replace them with Christian paraphernalia) and put them in museums or other exhibitions. Some of them used taken native clothing to act out missionary/native scenarios with children in Sunday School! There’s also a lot in here about this “World’s Fair” in Boston that eventually was taken on the road by the Missionary Exposition Company and most of it is about the World Museum in Tulsa.

Growing Up Chinese (July 2013), by Shining Li for Interrupt Magazine – There’s a transcript of this that you can read, but also it’s sort of done in podcast style and I’d recommend listening to it. It’s a piece put together by Shining Li, who is interviewing her little brother Joseph, the only member of her family not born in China, during a visit to China, about why he hates China and being Chinese.

Man and Superman (August 2013), by Malcolm Gladwell for The New Yorker – On genetic abnormalities and variations that give athletes exceptional advantages on the field, and how understanding these “sports genes” impacts how we think about performance-enhancing drugs and other medical means to improve athletic performance.