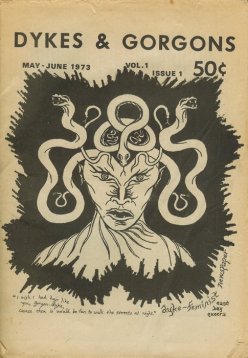 HELLO and welcome to the 90th installment of Things I Read That I Love, wherein I share with you some of the longer-form journalism/essays I’ve read recently so that you can read them too and we can all know more about Marissa Mayer! This “column” is less feminist/queer focused than the rest of the site because when something is feminist/queer focused, I put it on the rest of the site. Here is where the other things are.

Hate (April 2010) by Jennifer Jo Janisch  for Guernica – About how Hispanic immigrants have become a major focus for American hate groups, and a then-growing sentiment in Suffolk and Nassau County in Long Island amongst douchebags and conservative politicians that “illegal immigrants” (their term for undocumented citizens) are ruining America and not paying their fare share of property taxes. This sentiment had led even to murder and other hate crimes.

**The Reality Show (August 2013), by Mike Jay for Aeon– “Schizophrenics used to see demons and spirits. Now they talk about actors and hidden cameras – and make a lot of sense” – Due to my extensive experience with people who have struggled with schizoaffective symptoms, I’ve always been REALLY interested in how nearly-identical the delusions of schizophrenics are from person to person, only varying slightly based on that person’s level of intelligence and their educational breakdown, really, and also how often these delusions do reflect fundamental truths about society, and how these delusions have evolved over time as new “influencing machines” come into popular consciousness. So this article was like everything I could ever want in an article.

Learning How To Live (August 2013), by Jenny Diski for The New Statesman – “Why do we find free time so terrifying? Why is a dedication to work, no matter how physically destructive and ultimately pointless, considered a virtue? Jenny Diski urges you to down tools while you can.”

The Truth About Marissa Mayer: An Unauthorized Biography (August 2013), by Nicholas Carlson for Business Week – I always assume the women in these positions are huge extroverts that everybody loves, but it turns out that she’s actually really shy/awkward person to person, even though she’s comfortable on stage. Like me! Also there are many other things about her that are nothing like me.

**Body and Soul (September 2013), by Drew Nelles for The Walrus – “Discrimination against physically disabled people is so insidious because it is material, built into the infrastructure of bipedal existence. Liberal meritocracy finds ways to subsume women and queers and ethnic minorities, but it freezes in the face of disabled people, who make clear the extent to which we must evolve if we want to broaden the scope of our empathies. It is one thing to change a law or a bigot’s mind; it is quite another to install a ramp and an elevator in every building in the world.”

The Battle To Be The World’s Most Traveled Man (September 2009), by David Page for Men’s Journal – I love these little subcultures where people get super crazy and competitive with each other.

Media Takeout: Fear of a Black TMZ (September 2013), by Zach Baron for GQ – this sucks. “Oh, Dayum!! The most intimidating man in hip-hop isn’t Jay-Z, or Weezy, or some hustling exec at Interscope. It’s a former lawyer named Fred, whose comically sleazy gossip website MediaTakeout has been denounced onstage by Kanye, slapped with a cease-and-desist order by Ochocinco, and bookmarked by everyone in the world of black entertainment. Because if MediaTakeout sets its sights on you, whatever it publishes probably isn’t true, but it does mean you’ve made it in the game.”

I recently read two pieces about The Christian Rock Music Festival “Creation”: No Sex, No Drugs, and Jesus? Inside the Biggest Christian Rock Festival in America (August 2013), by Alana Levinson for Mother Jones, which is short and mostly pictures, and  Upon This Rock (February 2004), by John Jeremiah Sullivan for GQ, which is long and involves a 29-foot RV and a bunch of Christ-loving teenagers and is actually pretty funny, too.

The Color of Law (July 2013), by Louis Menand for The New Yorker – This piece on “voting rights and the Southern way of life” is from earlier this summer after the Voting Rights Act was pillaged, but it’s actually even more relevant right now because it speaks extensively to the March on Washington.