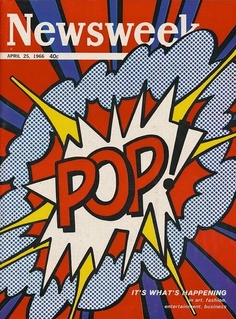 HELLO and welcome to the 78th installment of Things I Read That I Love, wherein I share with you some of the longer-form journalism/essays I’ve read recently so that you can read them too and we can all know more about The Bling Ring! This “column” is less feminist/queer focused than the rest of the site because when something is feminist/queer focused, I put it on the rest of the site. Here is where the other things are.

Twenty-Seven (May 2013), by Lauren Westerfield for The Rumpus – The author was warned, with the other women during her first week of college, that “based on current statistics, one in four of you young women will be the victim of a sexual assault.” The author did not become that one in four. But her mother did, when her mother was 27. Now the author is 27 and her mother is 60 and this is when she hears her mother’s story for the first time.

Life and Death in Lefrack City (March 2013), by Nell Gluckman for narrative.ly – “In a bleak apartment complex beside the Long Island Expressway, three families struggle to protect their children from a cycle of violence that proves inescapable.”

The Suspects Wore Louboutins (March 2010), by Nancy Jo Sales for Vanity Fair – Vanessa kept talking about “The Bling Ring” so I had to see what all the fuss was about. “The most audacious burglary gang in recent Hollywood history–accused of stealing more than $3 million in clothing and jewelry from Paris Hilton, Lindsay Lohan, and other stars–appears to be a bunch of club-hopping Valley kids, motivated by vanity and celebrity-worship.”

The American Way of Teeth (May 2013), by Hugh Aldersey-Williams for Zocalo Public Square – As an American who is completely totally irrationally and obsessively obsessed with her teeth and the state of her teeth and how much she would like cosmetic dentistry to fix her teeth, I found this article about why Americans became obsessed with teeth of great interest.

The Bacon-Wrapped Economy (March 2013), by Ellen Cushing for The East Bay Express – This is really interesting and frightening, especially about the insularity of the tech world breeding unabashed exceptionalism in very young men. “Tech has brought very young, very rich people to the Bay Area like never before. And the changes to our cultural and economic landscape aren’t necessarily for the better.”

An Oral History of UCB Theater Partying and “Awkward Sexuality” (June 2013), by Brian Raftery for New York Magazine – “To this day, UCB is part high school, part rehab, part training camp, part substitute family, part junior college for life. And you have to figure out how to manage this high school without anybody blowing it up.”

Selling the South to Southerners (March 2013), by Corbie Hill for Creative Loafing Charlotte – “It isn’t just the country music world that banks on such “down-home” signifiers, though. Southern identity is so hot right now. Look no farther than reality TV, which teems with alligator wrestlers, child beauty queens and teen moms from Tennessee and coastal North Carolina. It seems the South is everywhere you look — or at least an exaggerated entertainment industry version of it. While the people portrayed in these series are ostensibly real, the camera’s relentless focus on “hick” outliers offers short shrift to the everyday South.”

East Side Story (November 1986), by Michael Stone for New York Magazine – This is about the Robert Chambers / Jennifer Levin case, otherwise known as “The Preppy Murder Case.” The last page of this article notes that “The trial itself is likely to hinge on the precise circumstances of her death” but, of course, the focus of the trial ended up being the character assassination and victim-blaming of Jennifer Levin because she, you know, liked sex and drank alcohol and stuff.

The Killer Crush (October 2012), by Rachel Monroe for The Awl – “In some ways, the Columbiners are not so different from the Beliebers. The main difference, of course, is that Justin Bieber is unattainable because he’s a famous pop musician, while Harris and Klebold are famous because they are murderers, and unattainable because they are dead. But a girl with a crush has more in common with another girl with a crush than she does with a regular civilian.”

How Young Community Entrepreneurs are Rebuilding Detroit (April 2013), by Chuck Salter for Fast Company – Looks at a handful of entrepreneurs breaking new ground in Detroit and the struggles facing Detroit in general and whether or not these initiatives will do anything and who may be left behind. Since I grew up and my family still lives outside Detroit, I could read about Detroit all day and all night and all the next day too. (Also, read this comment.)

A few shorter pieces that I read this week that were super-good:

A Religion of Colorblind Policy (May 2013), by Ta-Nehsi Coates for The Atlantic – “This is how segregation compromises the power of black community. It takes a societal ill — say a lack of insurance — and then concentrates it one community. Members of the whole community, uninsured and not, feel the effects of this to varying degrees, and a problem that is truly American somehow becomes “black.” The black uninsured of Mississippi — a majority of the uninsured of the state — are not going to be evenly distributed among the various networks of the state. They are going to be concentrated in one particular network.”

Gone But Not Forgotten (April 2013), by Ryan Bromsgrove for VUE Weekly – This is about how First Nation women are often killed or go missing and nobody does anything about it because racism.

In Florida, a Food-Stamp Recruiter Deals With Wrenching Choices (April 2013), by Eli Saslow for The Washington Post – The life of a SNAP recruiter who focuses on getting senior citizens to enroll in the program because only 38 percent of eligible seniors will enroll.