(Note: I use the term “LGB rights’ as a way of noting that the US military, even post-DADT, still maintains a ban on transgender service members)

On June 5th Representative John Fleming (R-LA), member of the Committee on Armed Services, introduced an amendment to the National Defense Authorization Act which would require the military not only to protect religious beliefs, but also “speech and actions.” What speech? What actions? This amendment could allow hate speech and proselytizing so long as it was theoretically backed up with some religious belief. It is also unclear if such an amendment would allow out and out religious discrimination on the part of commanders.

People in the military are perfectly capable of getting along even in fantastically stressful situations despite holding very different beliefs. When I served in the military, I worked for commanders with exceptionally different religious beliefs than I held. I am a lefty queer Episcopalian. In the Army I served under conservative Southern Baptist and conservative Catholic officers. It all worked out because we showed each other professional respect and stayed focused on the mission instead of our personal lives. 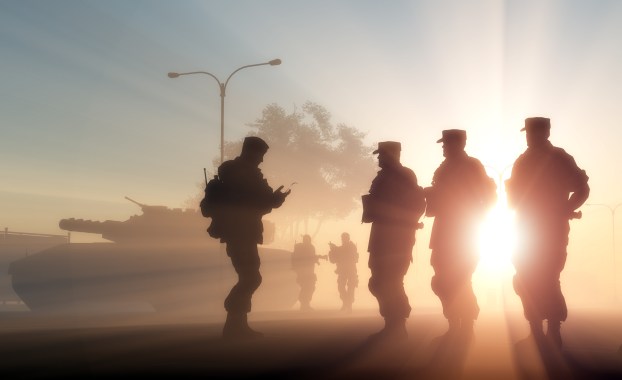 Rep. Fleming’s amendment is an effort to get rid of that professional respect, to say that military members are not professionals working together to accomplish challenging missions but are rather… well, it’s unclear. Children in a boarding school maybe? Adolescents in need of spiritual formation? It is hard to imagine.

Allyson Robinson, an Army vet and the executive director of OutServe-SLDN explained:

“This amendment is nothing but a thinly veiled attempt to sabotage the climate of inclusion and respect for all that our Commander-in-Chief and Secretary of Defense have called for in our military, and would create a license to bully, harass, and discriminate against service members based on religion, gender, sexual orientation, or any number of other characteristics.”

This amendment isn’t a sign that that Fleming is a wild champion of religious freedom for religious freedom’s sake. On the same day that Fleming was introducing his religious speech and action protections, he was fighting against full representation of soldier’s beliefs in the Chaplain Corps. After Rep Rob Andrews (D-NJ) introduced an amendment that would allow Humanist chaplains to join the Chaplain Corps, Fleming made this statement:

“This I think would make a mockery of the chaplaincy. The last thing in the world we would want to see was a young soldier who may be dying and they’re at a field hospital and the chaplain is standing over that person saying to them, ‘If you die here, there is no hope for you in the future.'”

In June of 2012 Fleming had this to say about a chaplain who, in accordance with his faith’s beliefs and practices, officiated a wedding between an enlisted woman and her partner in Ft Polk base chapel.

“The liberal social experiment with our military continues. A same-sex marriage-like ceremony should not have occurred at Fort Polk, especially since the people of Louisiana have made it abundantly clear that our state does not recognize same-sex marriages or civil unions. My frustration is compounded by the fact that a social agenda, which has nothing to do with military readiness or our national defense, is being imposed on our men and women in uniform. The repeal of ‘don’t ask, don’t tell’ made incidents like this inevitable, and makes the case for the Senate to follow the lead of the House of Representatives in passing legislation that prevents military facilities from being used for same-sex marriages or marriage-like ceremonies.”

For Rep John Fleming, there is nothing more important than religious freedom, that is unless you are an Atheist or a supporter of GLB rights. For Atheists, LGB service members and allies, Rep Fleming seems to want careful legislative control of belief and action.