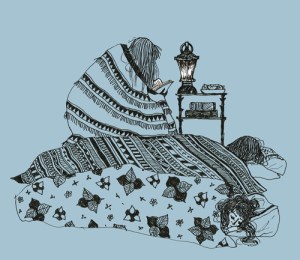 HELLO and welcome to the 62nd installment of Things I Read That I Love, wherein I share with you some of the longer-form journalism/essays I’ve read recently so that you can read them too and we can all know more about Perez Hilton! This “column” is less feminist/queer focused than the rest of the site because when something is feminist/queer focused, I put it on the rest of the site. Here is where the other things are.

Alter Egos (December 2009), by Sara Wilson for LA Magazine – “There are two sides to the guy behind PerezHilton.com: the bitchy, larger-than-life blogger who has become famous for bashing famous people and the reclusive workaholic who prefers the comfort of his La-Z-Boy to the limelight.”

The NRA vs. America (February 2013), by Tim Dickinson for Rolling Stone – I don’t know why I keep reading these, they make me feel so frustrated and appalled by our present political system, lobbying, etc. The gun manufactures give money to the NRA and the NRA gives money to politics and now here we are with our assault rifles. But it was promising to hear that the authority governing the NRA is out-of-step with its members, who mostly or often do support background checks and banning assault rifles after all.

Who’s The Shop Steward On your Kickstarter? (February 2013), by Josh MacPhee for The Baffler – I’m really interested in the evolution of crowdfunding and kickstarter and so I found this piece really compelling. It gets into a lot of stuff including the impact of celebrities using kickstarter and the unexpectedly high cost of perks fulfillment.

A Loaded Gun: A Mass Shooter’s Tragic Past (February 2013), by Patrick Radden Keefe for The New Yorker – I think I’ve posted an article about this woman before, this one just came out though, about Amy Bishop, who shot up a staff meeting at the University of Alabama and may or may not have also been involved with the killing of her brother when she was young.

30 Rock, Race and Identity Politics (January 2013), by Wesley Morris for Grantland – “Indeed, the complexity of some of these episodes is astonishing; so is the ease with which it tossed off a lot of its best lines of dialogue — references to race and racial assumptions as they exist in the world and in popular culture; its casual perceptions about class and sexuality; its grasp of the megalomania of certain performers; its awareness that when it comes to race TV could always do better.”

I’m Psychic… with Mary Gaitskill (February 2012), by Amie Barrodale for Vice – GAH I LOVE MARY GATISKILL SO MUCH!

Twilight of the Pale Patriarchs (January 2013), by Hal Crowther for Alternet –  “The white patriarchy is doomed, make no mistake about that. A few more solid whacks and that pointed stake is going to hit a coronary artery. Barack Obama, pants-suited Hillary Clinton in his wake, was the first not-quite-white foot in the door they can never close again. That’s why the South, ruled by a dynasty of Big Daddies since colonial times, hates the president so intensely, though not all of his enemies are smart enough to understand why they hate him. In the foreseeable future, the eclipse of the pale male will mean fewer wars, fewer guns and massacres, less emphasis on violent sports and entertainment, a safer and saner America. I think.”

Diary of A Bad Girl: A Life in Letters (January 2013), by Antonia Crane for The Rumpus – Amazing interview with lesbian writer Daphne Gottlieb about her new book, which contains letters sent from Aileen Wuornos to her childhood friend Dawn Botkin. They talk about rape, sex work, dealing with childhood abuse, superheroes and the kickass ladies of the nineties. It’s really interesting.