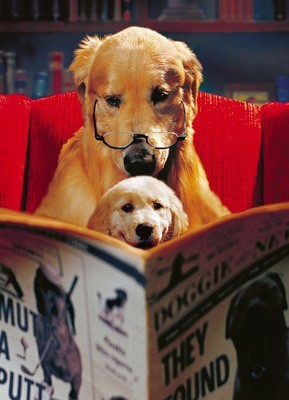 HELLO and welcome to the 60th installment of Things I Read That I Love, wherein I share with you some of the longer-form journalism/essays I’ve read recently so that you can read them too and we can all know more about lady skateboarders and Sea World! This “column” is less feminist/queer focused than the rest of the site because when something is feminist/queer focused, I put it on the rest of the site. Here is where the other things are.

The title of this feature is inspired by the title of Emily Gould’s tumblr,  Things I Ate That I Love.

The Killer in the Pool (July 2010), by Tim Zimmerman for Outside Magazine – There’s a documentary premiering in Sundance this week that you’re gonna hear about called Blackfish, and it’s about the conditions for sea mammals at Sea World. The filmmaker was inspired to make the film after reading this article, which tells the story of Dawn Brancheau, an experienced senior trainer at Sea World who was killed by Tilikum, the killer whale in her charge. It’s a good story.

What Counts, by Ryan Pittington for The Rumpus – “That night, I looked over at my boyfriend and asked him if he really loved me and how could he. I told him why he shouldn’t. What I was like – about drinking, about sex. Everything I didn’t want to say. Even though he was tired, even though he said he didn’t want to talk. I fell asleep scared.”

Why You Never Truly Leave High School (Janaury 2013), by Jennifer Senior for New York Magazine – “Maybe, perversely, we should be grateful that high school prepares us for this life. The isolation, the shame, the aggression from those years—all of it readies us to cope. But one also has to wonder whether high school is to blame; whether the worst of adult America looks like high school because it’s populated by people who went to high school in America. We’re recapitulating the ugly folkways of this institution, and reacting with the same reflexes, because that’s where we were trapped, and shaped, and misshaped, during some of our most vulnerable years.”

Gang Rapes and Beatings, Brothers Filled with Teenage Prostitutes – The Depth of American Brutality in Vietnam (January 2013) by Nick Turse for Alternet – This is an excerpt from the author’s new book, Kill Anything That Moves: The Real American War in Vietnam. It’s profoundly jarring, especially because so many of us have relatives who fought in Vietnam, to think of the culture they lived in… this is all just so hard to stomach. It gets really horrifying, read it if you can. But you should read this if you can.

Ladies on Board, by Stephanie Foo for The Bold Italic– You need to read this one on the site because it has a lot of pictures and cool design and stuff.  – “More often than not, the girl-skater origin story is the same. Girl picks up a board in high school to hang with her guy friends. She’s the only female she knows who skates. When she leaves her house with her board it does not cross her mind to call a girlfriend to skate with, because there simply are none. But in the past year, I’ve realized that we are not alone. They’re out there – more and more girls whizzing past on their boards. Young, old, punks, businesswomen. So I started chasing them down.”

The Story Behind Mitt Romney’s Loss in the Presidential Campaign to Barack Obama, by Michael Kranish for The Boston Globe – This was compelling because I feel like it was written sans bias, and generally I prefer a heavy dose of Liberal Bias in my news, but sometimes I think that gets in the way of communicating information like the more nuts-and-bolts strategy (w/r/t money and get-out-the-vote people) behind Obama’s win.

How Older Parenthood Will Upend Society (December 2012), by Judith Shulevitz for The New Republic – Not gonna lie, somewhere around page four I almost started crying in despair and I had to sort of skim the last page to save myself from having a complete mental breakdown about I’m 31 and therefore how little time is left in my life for me to have a healthy baby or something. The main takeaway is that I should probably use a 20-year-old sperm donor to counteract my seniority.

When Men Are Too Emotional to Have a Rational Argument (November 2012), by Jen Dziura for The Gloss – THERE IS SOME GOOD SHIT IN THIS ARTICLE. (not the quote from this other article that I hate, but the rest of it is pretty brill) “Not only do I think men are at least as emotional as women, I think that these stereotypically male emotions are more damaging to rational dialogue than are stereotypically female emotions. A hurt, crying person can still listen, think, and speak. A shouting, angry person? That person is crapping all over meaningful discourse.”

Drinking at 1,300 Ft: A 9/11 Story About Wine and Wisdom (September 2011), by Cal Fussman for Esquire –  “Maybe it shouldn’t have been so hard to write. Looking back, it had everything: merriment, adventure, and a journey to the top of the world. It contained a crash into ground zero on one of the darkest days in America’s history and a search for fulfillment afterward. Yet for ten years, the words were trapped inside me and I couldn’t get them out.”

The Best Night $500,000 Can Buy (September 2012), by Devin Friedman for GQ – “If you’ve been to Vegas, you’ve heard about it or stood in line to get in. Marquee, the superest of the superclubs, sprawls over an astonishing 60,000 square feet. It allows you to party very, very hard. For just thousands of dollars! Would you like bottle service at one of our dance-floor tables? That’ll be another $10,000. How about a 30-liter bottle of champagne to share with a dozen women you’ve never met? $250,000. How about we get Kim Kardashian to come? $100,000. Devin Friedman explores the world, adds it all up, and explains the mysteries and the pitfalls of the hottest club on the planet.” AMERICA!