Leon E. Panetta, the United States defense secretary, announced yesterday (after a tease on Wednesday) that the military is lifting the ban that prevents female soldiers from holding combat positions. As the change is rolled out across military branches, hundreds of thousands of artillery, armor, infantry, and other front-line positions will open up to the hundreds of thousands of women deployed in current conflicts. While some feel this decision will decrease military effectiveness, or make a job that’s already particularly dangerous for women even more dangerous, others — including many veterans and current troops — applaud the decision, saying that women have been effectively doing these jobs anyway and will now get the professional recognition they deserve, and (to paraphrase current soldier and dapper gallery MVP Jay) that it’s “about damn time.”

Panetta made his decision based on the recommendation of the Defense Department’s Joint Chiefs of Staff, who stated earlier this month that “the time has come to… eliminate all unnecessary gender-based barriers to service” and ensure that all sexes are “given the opportunity to succeed.”  Panetta explained that it is “the responsibility of every citizen to protect the nation,” as well as the right, and told the Pentagon that the decision would not compromise military readiness. Physical and mental performance standards for particular positions will be reviewed to make sure they’re up-to-date and gender-neutral. Each branch of the military is required to come up with its own implementation plan within the next few months; if senior commanders believe a specific position should remain closed to women, they will have to apply for and justify the exception.  Pentagon officials expect women to be able to apply for newly opened positions by next year. 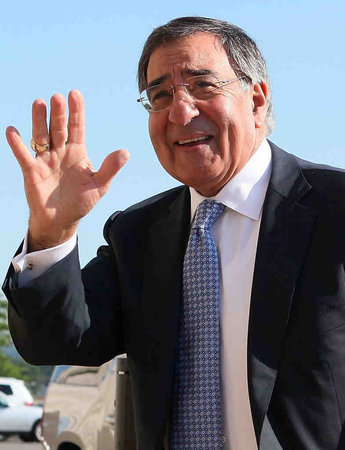 The decision was largely military-driven — although it requires Presidential approval and a Congressional lookover, it wasn’t extensively reviewed by the executive branch. Obama signed off on it, telling reporters that the announcement marks another step towards fairness and equality and that “valor knows no gender,” and invoking the nearly one thousand women who have died or been wounded in Iraq and Afghanstan. Many legislators on both sides of the aisle have expressed support, including John McCain, well-known Vietnam veteran and war hero, and Democratic representative and decorated Iraq vet Tammy Duckworth, who pointed out that “Any time that we’ve opened up our military to performance-based service, we’ve benefited as a military.”  Recent public opinion polls indicate that most of America believes women should be able to serve in combat units if they want to.

The role of women in the military has been an ongoing conversation for the U.S., and has at times been characterized by “rules as mottled as camouflaged khaki.” Still, a look at this timeline draws a pretty clear picture of a gradual march towards equality led by courageous volunteers and persistent stereotype-bashers. Women have served as nurses and administrators since World War I, and as mechanics and ambulance drivers since World War II.  They could be regular force members starting in 1967, chaplains and helicopter pilots starting in the 1970s, combat flyers since the early 1990s, and combat sailors and submariners a few years later. 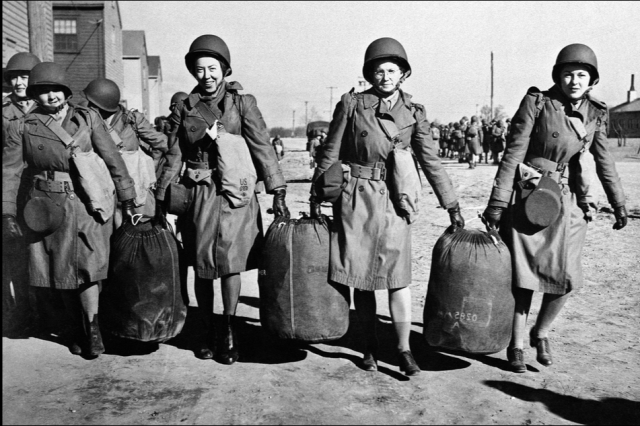 The most recent policy, signed by defense secretary Les Aspin in 1994 under Clinton, had barred women from being assigned to direct combat in groups smaller than brigade level (about 3,500 troops), and from being stationed alongside combat units. The military began rethinking this decision after a series of studies, reviews, and commissions found no actual evidence supporting the reasoning behind the ban, which was that women might be inherently unfit for combat or that having them on the front lines would be bad for morale.  A survey of officers at the Army War College concluded that “the existing rules regarding women and combat [are] unhelpful at least, irrelevant for the most part, and a compromising issue at worst,” particularly given the nature of the current wars in Iraq and Afghanistan, where the concept of “front lines” is ambiguous and many women have been effectively fighting there for years without appropriate training or professional recognition.  These rules had also come under fire because they prevent women from holding high-ranking military positions, as most higher-ups climb to the top by way of the front lines. Space for female soldiers has been expanding incrementally — last year, the Pentagon opened 14,000 more posts to women, allowing them to hold non-infantry battalion jobs. Many who have been fighting for military equality for women expected it to come in small bursts like this, and were surprised by yesterday’s announcement, which will open up about twenty times as many positions as 2012’s change.

Many members of this newest batch of history-makers are very excited that the ban is being lifted — quotes I’ve seen generally run along the lines of “it’s about time,” “this is amazing,” “I am so excited,” and “yes!”  Air Force veteran Terri Kaas expects the decision to improve equality in the entire military, where women are currently “still treated differently, in part because they’ve been held back from combat.” Jay, who currently holds a HR position specializing in Postal Operations, isn’t sure it will affect day-to-day military culture — in her experience, “soldiers already see their female battle buddies as being someone they can rely on down range” — but is happy that the ban lift will “allow females to be recognized the same as males now, [and be] awarded ribbons, stars and more promotion points for their promotion packets… this is huge for females who want to make rank or a career out of the Army and to finally start dissolving the gender roles within MOS’s.” She’s personally glad to have gained the opportunity to go to Ranger or SAPPER school, which were previously closed to women. General Martin Dempsey, chairman of the Joint Chiefs, thinks that although the issue is “complicated,” reducing disparity between male and female roles will lead to a decrease in sexual assaults, which are horrifically rampant. 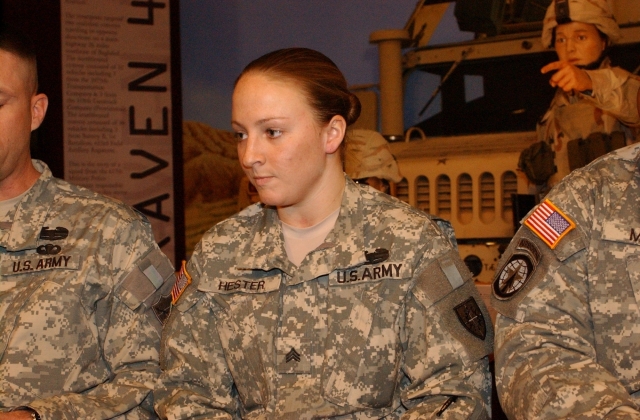 Others who think the ban should be kept in place have various reservations regarding the motivation behind the lift and how it might affect military performance. Jerry Boykin, a retired Special Ops general who issued a statement via the Family Research Council, accused the lift of being a “social experiment” inspired by political correctness rather than practicality, language that has been echoed by other conservative groups. Others think that having women on the front lines might weaken unit cohesion and military readiness, or fear that physical fitness standards will be lowered (although Panetta has said specifically that they will not).  In an Op-Ed for the Wall Street Journal, former Marine infantryman Ryan Smith expresses his reluctance to expose women to “the absolutely dreadful conditions under which grunts live during war,” talks about the dissolution of privacy and hygiene standards that happens on the front lines, and worries that “it would be distracting and potentially traumatizing to be forced to be naked in front of the opposite sex, particularly when your body has been ravaged by lack of hygiene . . . combat effectiveness is based in large part on unit cohesion, [which] can be irreparably harmed by forcing [unit members] to violate societal norms.” Some have voiced fears that having women around will make men less effective soldiers. U.S. Representative Tulsi Gabbard, a Democrat from Hawaii who served in Iraq with the National Guard, disagrees with Smith’s fears, saying that the people who make it to the front lines are “highly trained professionals… [who] place the mission first… all of the other things that differentiate us, whether it be gender or race or religion, fall aside when you’re selflessly serving as that member of a team.”

Further trepidation comes from people who are concerned about how the women who choose to take combat positions will deal with the rigors and intensity of the front lines, as well as the female-specific dangers that go along with war in general and the US military in particular. In an editorial for the Marine Corps Gazette last year, Captain Katie Petronio, asked if women could “endure the physical and physiological rigors of sustained combat operations” in the marine corps,  and if the military is “willing to accept the attrition and medical issues that go along with integration.”  Petronio, who has combat experience in both current wars, described the physical and mental toll of her experiences (she now suffers from restless leg syndrome, spinal compression, muscle atrophy, and polycistic ovarian syndrome) and predicted that “should the Marine Corps attempt to fully integrate women into the infantry, we…  are going to experience a colossal increase in crippling and career-ending medical conditions for females.” Sgt. 1st Class Stephanie Cazares says that a number of issues, including safety regulations and cohabitation, will need to be addressed before women enter new positions.  More philosophically, in a thought-provoking article for the Atlantic, Noah Berlatsky lays out the argument that, although it’s a win for equality, increased participation of women in war is also increased participation in a patriarchal system and acquiescence to “traditionally male standards of empowerment.” 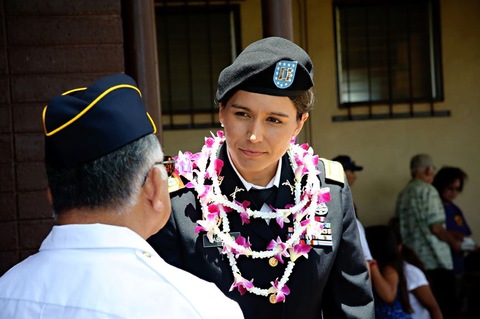 These points, while important, lose some teeth when you consider that despite the ban, women have fought and died in combat situations for years — they just often don’t get credit for it. As Autostraddle reader M. puts it, “women have technically been in combat since Desert Storm… I was in a combat unit, went into combat, and received combat pay, and so have hundreds of other women. High-fives for all the women who can now get promoted because they’re now allowed to do the jobs they signed up to do!” And a slight nod to the military, which, however you feel about its wars, has been surprisingly progressive on the home front lately.