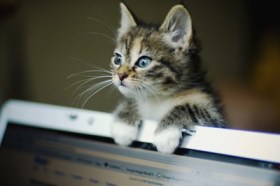 HELLO and welcome to the 29th installment of Things I Read That I Love, wherein I share with you some of the longer-form journalism/essays I’ve read recently so that you can read them too and we can all know more about Yale graduates going into finance and the Orlando police department! This “column” is less feminist/queer focused than the rest of the site because when something is feminist/queer focused, I put it on the rest of the site. Here is where the other things are.

My Relapse Years (June 2012), by Sarah Hepola for Salon.com – “… change is not a bolt of lightning that arrives with a zap. It is a bridge built brick by brick, every day, with sweat and humility and slips. It is hard work, and slow work, but it can be thrilling to watch it take shape. I believed I could not quit drinking, that people would not like me sober, that life would be drained of its color — but every ounce of that was untrue. Which made me wonder what else I believed that was untrue. What other impossible feats were within my grasp.”

The Michael Morton Case (October 2011), by Andrew McLemore for The Sun – A three-part article about a man who was incarcerated for 25 years for a crime he didn’t commit — murdering his wife. Here is Part two and Part Three.

Coffee Club Closes (September 2000), by Neal Pollack for The Chicago Reader – “In the seven years he was open, Don offered such items as bratwurst, spaghetti, and root beer floats, which became popular and made him a lot of money. But when an item became too popular, Don rubbed it off the chalkboard. “It was driving me crazy,” he would say. “I can’t stand all these people.””

Lesbian Nation (March 2009), by Ariel Levy for The New Yorker – “There was a time, briefly, when women ruled the world. Well, their world, anyway. In the late nineteen-seventies, several thousand women in North America decided not to concern themselves with equal pay for equal work, or getting their husbands to do the dishes, or convincing their boyfriends that there was such a thing as a clitoris. Why capitulate, why compromise, when you could separate, live in a world of your own invention?”

Might Makes Right (July 2008), by Jeffrey C. Billman for Orlando Weekly – I think the takeway of this ad other recent news is that it’s probably not safe for anybody to live in Florida. Except for whomever needs to be there for when I finally convince my girlfriend to go on vaycay here.

Even Artichokes Have Doubts (September 2011), by Marina Keegan for The Yale Daily News – 25 percent of Yale graduates entered the finance industry this month, it’d seem, and this girl has some very serious feelings about it that I think she expressed in a way that is worth reading.

A Case So Cold It Was Blue (July 2012), by Mark Bowden for Vanity Fair –  I can’t remember where, but I know we already read about this case, and saw the videos or whatever. Yet I still read the article all the way through, captivated as though I was unaware of the turnout.

How Top Executives Live (July 1955), by Duncan Norton-Taylor for Fortune  – This piece looks at the modest lives of executives after oppresive 40% taxes stabilized the economy and encouraged the growth of the middle class while forcing Executives to live in conditions such as only having one servant (or worse — only a few PART TIME servants!), owning merely two homes instead of four and wearing tweed. Of course, the most important sentence in the article is “He spends almost no time on politics.” In the piece, these well-off executives have incomes of $50,000 or more, which would be about $400,000 in today’s terms.

Pressing On the Upward Way (June 2012), by Monica Potts for The American Prospect – “When nearly everyone in the county is poor, the distinction between have and have-not becomes meaningless. There are have-very-little’s, but even they wouldn’t always call themselves poor.”

The Vanishing (June 2012), by Bob Friel for Outside –  “In the stunning and remote wilderness along northern British Columbia’s Highway 16, at least 18 women—by some estimates, many more—have gone missing over the past four decades. After years of investigation, authorities still don’t know if it’s the work of a serial killer or multiple offenders.”

French Women Worry About Getting Fat, Too (June 2012), by Susan Dominus for The New York Times – In which America takes the diet industry abroad and The new York Times buries the lede (and perhaps the only truly redeeming point in the article) – “[Americans] overeat, we diet, we overeat some more — and Nestlé is apparently betting that even the French will succumb to that same vicious cycle, needing American remedies for American habits.”