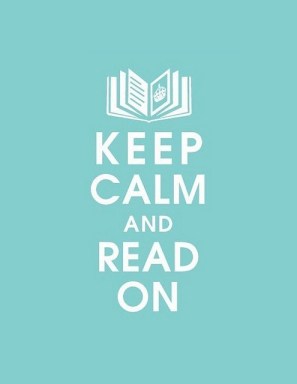 HELLO and welcome to the fifteenth installment of Things I Read That I Love, wherein I share with you some of the longer-form journalism/essays I’ve read recently so that you can read them too and we can all know more about brainstorming, sorority girls and Southwest airlines!

For the record, the idea is that I publish a new TIRTL (or “turtle” as my girlfriend pronounces it when asking me WHERE IS THE TURTLE?) every Friday, but because on Thursday and Friday I spent 17 hours in transit to/from San Francisco to Chicago and 22 hours in Chicago, I wasn’t able to get to it. But boy did I have time to read some shit and love it!

Luv and War at 30,000 Feet (March 2012), Texas Monthly – This is about why Southwest Airlines has survived while everyone else fails! Let me just say that the free bag-check thing and the fact that there are no penalties for changing your reservation are like the most magical things an airline has ever done since Virgin America put power outlets in their seats for your laptop.

Brainstorming Doesn’t Really Work (January 2012), The New Yorker – Actually the most interesting part of this wasn’t the first few bits about brainstorming not working but the stuff about how the success of group collaborations varies based on factors like building architecture and how well the collaborators know each other.

Suburban Madness (November 2002), Texas Monthly – There was a woman who ran her husband over four times.

The Decline and Fall of Parental Authority (February 2012), Alternet – “In a tightening economy, with overcrowded feeder-schools and an uncertain future ahead, it’s easy to understand why kids aren’t enthusiastic about school. College is so exorbitantly expensive that students frequently drop out, unable to pay the tab. And if they do manage to graduate, young adults still face high unemployment and skyrocketing living expenses, which often drive them back home, still owing thousands of dollars in student loans…when I inquire about their hopes for the future, I often hear them earnestly voice expectations that a single YouTube gone viral or a cell-phone app or a reality TV part will instantly “explode” them into a life of bling.”

America’s Confessor (January 2012), The Prospect – About the guy who made PostSecret.

I Was a Warehouse Wage Slave (February 2012), Mother Jones – I kept thinking about Foxconn while reading this, and I felt troubled by this article on a few unexpected levels that might take many paragraphs to explain. I think ultimately capitalism is just fucked and unfair, and we keep wanting to make it fair but we can’t, because it’s unfair by design.

Brain Gain: The Underground World of Neuroenhancing Drugs (April 2009), The New Yorker – “Chatterjee worries about cosmetic neurology, but he thinks that it will eventually become as acceptable as cosmetic surgery has; in fact, with neuroenhancement it’s harder to argue that it’s frivolous.”

Same-as-That (March 2012), Harper’s – This is such a lovely story, about things like love, and Andy Warhol, and love in a time of AIDS, and coming out, and opera, and letters, and time and fate and signs and sex.