Yesterday Governor Martin O’Malley signed a legislative bill that legalized gay marriage in Maryland. This makes Maryland among the seven states (eight if you include D.C.) that have legalized gay marriage — currently the list includes Connecticut, Iowa, Massachusetts, New Hampshire, New York, Washington and Vermont. While the bill was just signed, same-sex couples won’t be able to acquire marriage licenses until January 1, 2013.

Maryland’s gay marriage odyssey has come a long way, and unfortunately it’s not over yet. In early 2011, it was thought that Maryland was going to legalize gay marriage after a gay marriage bill made it to the Senate and moved through the House Judiciary Committee. But suddenly in March of 2011, the bill was sent back to committee which, according to Gawker, “effectively kill[ed] its chances for passage” in the 2011 legislative session. 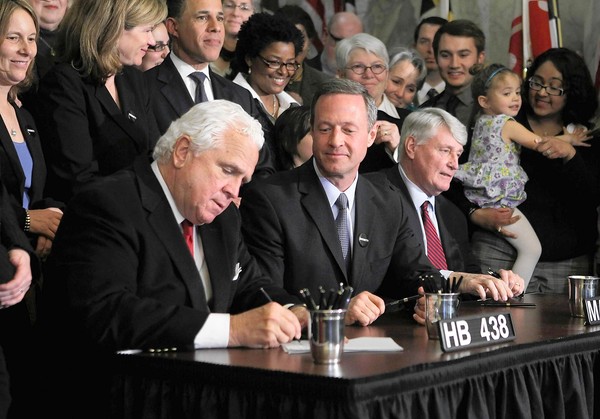 It wasn’t until last month that the two houses of Maryland’s General Assembly approved gay marriage, and the bill finally was signed by Democrat O’Malley. While this is amazing, it isn’t over yet — many of Maryland’s religious groups have been incensed by the signing of this bill and have already drafted a ballot referendum to overturn the gay marriage bill, according to the Huffington Post. Gay marriage and the civil rights of US citizens will likely be up for popular vote in November, which as we’ve historically seen, hasn’t ended well.

“It’s sad to me that anyone would think that it’s okay to put up the rights of a minority to a popular vote, ” said Lisa Polyak, a chairwoman for the gay civil rights organization Equality Maryland, according to the Associated Press. “We have children, we have lives, we have jobs and we just want to go about them with integrity.”

Many people, including gay marriage advocates, are expecting the referendum to end up on the ballot. The main organization begun gathering the 56,000 signatures needed in order to make sure of this is Maryland Marriage Alliance, an “interfaith coalition,” according to its website, that seeks to overturn the gay marriage law. The MMA is associated with — you guessed it — the National Organization for Marriage. 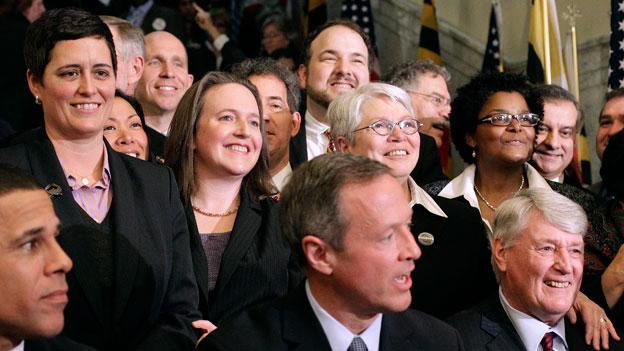 While it might seem like a losing battle already, whether or not the referendum passes with the popular vote has a lot to do with the voting turnout for this November’s presidential elections. Donald Norris, department of public policy chairman at the University of Maryland, Baltimore county, mentioned that “a number of factors could tip the vote on a referendum … for example, a weak Republican presidential candidate could mean conservative voters stay home and don’t cast ballots against the law,” he said, according to the AP. And while “churches could heavily influence the referendum … liberal voters who come out to support Obama’s re-election could offset the votes against same-sex marriage.”

According to the AP, another factor in whether the referendum passes has to do with the “African American church leaders [who oppose] gay marriage in … [a] state that’s nearly one-third black,” The LA Times interviewed Reverend John Lunn, a pastor at a Baltimore church and head of a group of Baptist ministers, who believes the gay marriage law will be overturned with this referendum for this reason: “African Americans view marriage as between a man and a woman; that’s all we know,” he said. “That’s because of the strong religious background that’s involved in our nature.” Studies have shown that 79% of African-Americans say religion is very important in their lives, compared to 56% of U.S. adults overall.

However, it’s still a sweeping generalization, and a highly contentious and reductive one as well. After Prop 8 passed, racial minorities briefly became a scapegoat which served to both divide the gay community and mask the group who perhaps had more to do with the proposition’s passing than anyone else: Mormons. It’s particularly problematic when you realize that African-Americans only make up 6.2% of the California population. (Which is actually quite

“Party identification, religiosity and political view have much bigger effects than race, gender, or having gay and lesbian family and friends,” said the co-author of a study on the Prop 8 issue. Looking at racial statistics tends to simplify what is in fact a very complicated set of factors. For example, although early exit polls claimed that “over 70% of blacks voted for the constitutional amendment,” it’s far more telling that 70% of weekly churchgoers backed the same-sex marriage ban. The bulk of Yes-on-8 voters were Republicans, conservatives and older voters (80% of Republicans voted for Prop 8 and only 30% of Democrats), and a recent Gallup poll showed that whereas very religious white Americans are twice as likely to lean towards or identify as Republicans, the link between party identification and religion is far less linked amongst other racial groups.

Other studies have shown unlikely demographics played a more prominent role than previously assumed, such as white democrats with kids. According to the Public Policy Institute of California’s statewide survey, a combined 57% of Asian, Hispanic and African Americans voted yes on Prop 8. But obviously when you’re looking at the numbers of people who voted for a thing that passed, you’re going to find a majority of every demographic voted for the thing that passed, because that’s how math works. 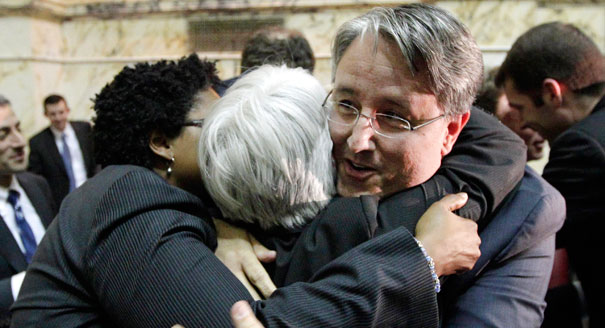 The effort to extend the pro-gay-marriage effort to minority groups is particularly important in the Maryland case, says professor Roger Sneed at the Furman University in South Carolina, who studies attitudes to homosexuality in the African-American community. He believes that one of the problems that occurred in Prop 8 was that “gay groups did not effectively ­­­make their case in black, Hispanic and Asian churches, leaving an opening for conservative Christian organizations.” Kevin Nix, a spokesperson for Marylanders for Marriage Equality, an organization that supports gay marriage, said the group will attempt to reconcile that gap this election cycle. With weekly churchgoing a major factor in views towards homosexuality, it’s worth noting that according to the Pew Forum; whereas 37% of Marylanders attend church weekly, only 33% of Californians do.

While the future looks bleak for Maryland’s gay marriage law, there’s still hope that more effective outreach to minority groups, and the popular sway of religious leaders who support gay marriage (including the several African American pastors that stood with O’Malley at the signing o the gay marriage bill, according to the AP), will help sway the effort. And with the issue of who comes out to the polls this November, there is still a chance that the referendum will not have an effect on Maryland’s stance on gay marriage. Hopefully things will end on a high note — as for now, all we can do is celebrate the passing of the gay marriage bill in Maryland and wait to see what happens.