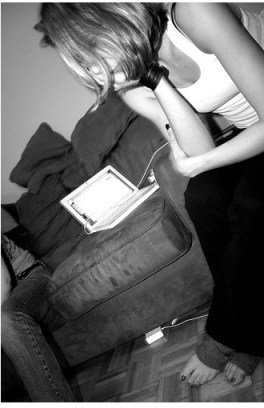 HELLO and welcome to the eleventh installment of Things I Read That I Love, wherein I share with you some of the longer-form journalism/essays I’ve read recently so that you can read them too and we can all know more about crime in Baltimore and Dan Savage!

The Rules of Misbehavior, Washington Monthly (March/April 2011) – This is basically the life story of Dan Savage. Near the end there’s some analysis regarding Savage’s emphasis on sexual satisfaction as essential to a successful relationship. It’s a really good article, I think.

The Literary Pedigree of Downton Abbey (January 2012), The Millions – “In the end, this is the secret to Downton Abbey’s success, as well. The glamour of the earldom draws us in, but it’s the vividly realized characters who surround it — especially the servants below-stairs — that hold it in perspective, and so give it life.”

Leveling the Field: What I Learned From For-Profit Education (October 2011).  Harper’s – Every wonder about Phoenix University — the one that’s always advertising everywhere? Like who goes there? Me too! That’s why I read this article.

Night Shifts (January 2012), The Rumpus  – “Driving home is nothing like driving away, and night is nothing like the day. Life is different at night; we are different. Night tends to strip us of our titles, our worldly roles, our formal clothing and our credentials. Most of us retreat into our private lives and often we seek out secret forms of gratification. Our fear is sharpened, our loneliness honed.”

Shut the Fuck Up: Is Bill O’Reilly a Crazy Narcissist? (January 2012), Boston Magazine – The answer is yes, and the information in the post is ace.

The Devil in Greg Dark (February 2001),  Esquire – The article’s about Greg Dark, an ex-pornographer who went on to direct music videos for stars like Britney Spears and Mandy Moore. But the part of the article that really got me is the part about the Leslie Carter music video he’s shooting during the time the Esquire reporter was shadowing him. Also, prepare yourself for misogyny.

The Admissions Whisperer, San Francisco Magazine (April 2008) – “Clarke, the most sought-after college coach in the Bay Area, is very particular about scissors and glue sticks — also calligraphy labels, accordion files, and color coding (yellow marker for anything positive, orange for negative, pink for not sure).”

Christmas in Baltimore City 2009 (May 2011), n+1  – “No one wants to accept this in a country based on individual mobility and the hope of individual distinction, but it is a fact: blackness still causes the distance to evaporate between who you are and what you have done and what the society has made you.”

Okay, so Longform.org, my favorite website in the universe, had this story up on its site this week, and obviously longform knows how to talk about trans folks although the 1995 story they link to does not:

So obviously I read it, and I didn’t know if I should include it here or not. See, my inclination to want to know your thoughts on it has nothing to do with the story it tells. It’s the way that it’s told. For starters you already know a lot of the story ’cause you saw Boys Don’t Cry and it made you cry.

Death of a Deceiver — I mean, the headline is already problematic, and so is the first sentence and most of the other sentences. I know it’s from Playboy, but they were known for serious quality feature story journalism once upon a time.

I’m not a very politically correct human IRL and it takes a lot to legitimately offend me personally (much less for me to write about something objectively being offensive), but WOW. I’d hope that the writer, Eric Konigsberg, would be embarrassed to know that this article has been republished online. I assume he’d write it differently today. He’s a really well-established and highly respected author with credits from The New Yorker, New York Magazine, The Atlantic and so forth. Back then there was no GLAAD guide to writing about trans folks, now there is, and it’s also in the AP Style book.

If someone wrote this in 2012, I’d assume the author was transphobic or ignorant and engaging in some really nasty victim-blaming. But is this just a product of the times? The transphobia is just latent and insidious. It felt like maybe he thought he was simply telling a story “impartially” the way his readers would expect to hear it. Honestly, it’s likely I read this article in 1995 and didn’t think anything of it, but this time it burned my eyeballs. Thoughts/feelings?