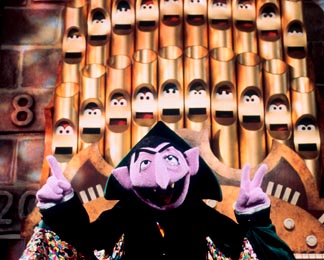 Last week, Carolyn reported on a new study from UCLA that claims that 3.5% is the new 10%:

Nine million people in the U.S. identify as lesbian, gay, bisexual, or trans, according to a UCLA study released Thursday. This translates to 3.5% of the population as lesbian, gay, or bi and 0.3% as trans. An additional 8.2% have participated in same-sex sexual activity, and 11% acknowledge some same-sex attraction but do not identify as anything.

She pointed out some of the study’s flaws and highlighted some of the negative attention it’s drawing from both LGBT groups and all-around party people like the American Family Association, sharing delightful views like, “Homosexuals represent just 1.7% of populace. Time to stop getting pushed around by such a tiny minority.”

As commenter Gregory McDaniel pointed out, “Since the percentage of the population identifying as gay is so small, the right wing should just relax and say, “giving rights and respect to this small number of people can’t hurt anything”

Since lots of you had criticisms to add to Carolyn’s,  I thought it might be worthwhile to look at what’s going on here from a sociological* standpoint (as this is apparently my thing).

First off, surveys are an inherently authoritarian method of inquiry. By giving people a set of answers to choose from, they say , “I already know something, I just want you to tell me that I know what I know.” Maybe you’ve taken a sexual health survey and been asked if you use condoms and thought, “I don’t know how to answer this.” Because maybe you’ve never had sex before. Or you’re a women who has sex with women. Or you’re in a monogamous relationship. Or you’re trying to have a baby. They’re using condom use as an indicator of safe sex practices when your reality is entirely different.

In her rundown of problems, Carolyn asked if people are “identified by their self-identity, by past sexual behaviour, by sexual attraction, or by some combination of these things,” pointing out that “Sometimes these things are related and sometimes they aren’t and making generalizations is counter-productive. Labeling someone else causes everyone problems.”

This is one of the big issues with studying identities. For every genderqueer warrior, there’s a women who deeply believes that she was created to bake the perfect roasted ham for her eight kids. Social science operates on the idea that no one experience is more valid than another. There’s plenty of room in good social science for a person to say that they weren’t born gay. Or that being a man who has sex with men doesn’t make them anything other than straight.

The problem is that [shockingly] academia and the rest of the world haven’t always run hand & hand. The rest of the world consumes academic research in a myriad of ways, from a Yahoo! News headline to The Rachel Maddow Show to political propaganda and deceptive PSAs.

For example — perhaps you’ve heard of the “culture of poverty” and recognize it as a racist, classist myth that was spread to cut back on government assistance programs. The thing is that Oscar Lewis, the author of the study, was horrified to see what was done with his work. He published the research with the intent that it would be used to help fight poverty but instead it was snapped up by politicians who used it to point fingers at poor people and say, “See! You’re doing this to yourselves!” This is the ugly side of research. You never know who’s going to appropriate your data and use it for their own ugly ends.

So in this case — acknowledging that there’s more than one way to be queer has the potential to open up a Pandora’s Box of problem, though. It leaves room for fluidity that proponents of conversion therapy and other psychos might exploit.

But let’s give people the benefit of the doubt. Let’s focus on the idea that we’re all humans with brains and we shouldn’t always have to worry about appealing to the lowest common denominator. Especially when they’re going around making up numbers for themselves.

Good, reliable data is a useful thing to have in your corner when you’re looking to make change. Dr. Gates, the researcher who published the new study, said he “would like to see questions about sexuality become standard on big government surveys such as the census so that the information can be linked to health, income and other factors, just as demographers can currently study race and gender.”

And he’s got an excellent point. Whereas the gay population number is causing us some issues, tracking these things opens up a new avenue to evaluate intersectionality. By doing research that shows correlations between sexuality and earnings or health, patterns of inequality begin to emerge and are harder to write off. While all this goes back to the problem of self-identification, ask any sociologist and they’ll tell you that gender and race are just as much social constructs as sexuality and we ask about them all the time. So let people call themselves what they want to. There are too many people in the closet to get a reliable tally but maybe by doing research, proposing legislation, and changing the way people feel about what it means to be gay, we’ll get gradually closer to a real number. Just remember what commenter Chandra said, “It doesn’t matter if it’s 10% or 0.001%. Human rights aren’t dependent on how you do your math.”

*Caveat: Oh hello, I’m about a month away from graduating with my bachelor’s degree but that really doesn’t mean anything since there are gaps big enough for an elephant to fall through in in my school’s curriculum. My entire class just found out last week that functionalism is not a thing. Apparently it was laughed out of the discipline 40 years ago? Anyway.