It was June 2009 and I’d been convinced to hike Half Dome, a rock formation at Yosemite National Park. If you know me or my work at all, you probably felt surprised by that first sentence because that’s not the “me” you’ve gotten to know via this very website. I’m not a person who does things that I know I’m gonna hate, feel uncomfortable about, and/or that I’m doing solely to make other people happy. But back then, I was that person.

It wasn’t until the day I found myself lying on my back on the gym floor, feeling an amount of pain a group of adults expected me to experience without complaint or comment, that I started to change. I was a junior in college and the women’s basketball team trainer was asking me if I wanted to be there at all and I was, for the first time ever, actually considering my answer instead of just saying “yes.” I hadn’t been able to walk without pain for eight months, and nobody really gave a shit. I said “I don’t know,” and I left the gym. Now, she hadn’t really posed this as a genuine question. It was a challenge she thought would inspire me to do what she wanted me to do, but little did she know… she’d awoken a monster. (A very cute monster.)

But back to the hike. I didn’t want to climb a big rock for 12 hours. I had no particular desire to be around those people for 12 hours. There was literally no part of it that sounded appealing to me. I said no so many times — probably a cool dozen. I don’t think I’ve even asked a particular ex-girlfriend to get back with me a dozen times, and that is without a doubt the most desperate I’ve ever been, so I have no clue why they wouldn’t leave me the fuck alone about this trip. A few days before, I’d caved, and before I knew it, I had hiking boots, I was slurping some sort of nutrient gel they told me to eat the day before, and I was in a car that was winding its way around a mountain towards a campground at Yosemite. 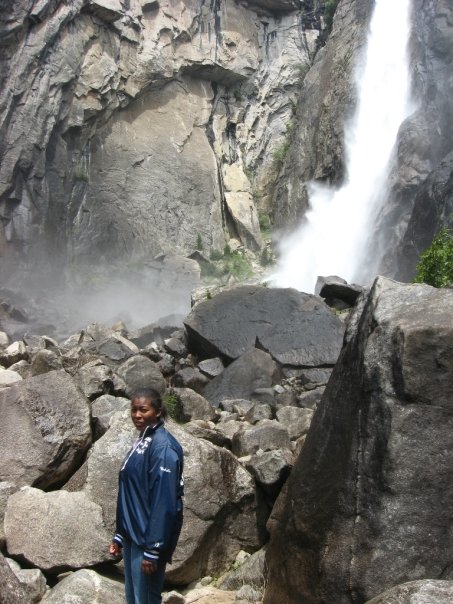 After that day in the gym, I started to think about Deciding more: when should I speak up, when should I stand up for myself, when I’d say no, if I’d say yes. I was being haunted by all the times I’d been harassed, mistreated and bullied, been expected to say yes or to put up with shit or to just be quiet, and it bummed me out. It made me feel like I wasn’t being the person I wanted to be or felt like I was. It wasn’t about the show some people make of taking a stand or proving a point or any of that shit. I just wanted to feel better about being me. I think that’s all life really is sometimes — feeling like, despite everything, you are who you want to be. I’m not even saying that who I want to be is necessarily a good person (and that’s been a journey of its own) but I think that I’m being truer to myself. I mean life doesn’t have a fucking purpose. It’s honestly pointless. But I think you can make something of the pointlessness. Pointlessness doesn’t have to be bad.

Eventually the hike was upon us. I was maybe two miles in, climbing a set of stairs that seemed to go on forever next to a waterfall that was making said stairs slippery. It was too fucking early, I was too fucking miserable, and everyone else seemed like they wanted to be there. I took a sip of Smart Water which I thought was disgusting but put into my Camelbak anyway because I’d been pestered to death about the “electrolytes” and I thought, “You know what? Fuck this. I’m going back.” “Why?” they asked. Why, why, why. And that’s when I got to the second piece of the No puzzle. Why? Because I don’t fucking want to do this anymore.

At some point we’re made to believe that “I don’t want to” isn’t enough of a reason. It is. It’s polite to offer further explanation, especially in close relationships, especially in situations that affect others, but simply having the gut feeling of “nah” is enough for you to justify any choice you will ever make.

I walked down the trail, seeing the confused faces of people just starting, alone. I got back to the camper and laid down inside of it, alone, with nothing but half of the Subway sandwich I’d been planning to eat on the hike. I sat at a picnic table and listened to Wale, alone. I wrote fleeting thoughts and new ideas on scraps of paper and napkins like a version of Jack Kerouac that a person of color could actually relate to, alone. And then I went on my own hike but I called it a “nature walk” because it wasn’t uphill and that’s actually the component of hiking I find undesirable. I was pissed that I let myself feel like I was “not fun” because I didn’t want to do something. I was pissed that I said yes to something I didn’t wanna do. You don’t have to try everything to make sure you don’t like it. Sometimes you just know. Other times you don’t know and you try it and it sucks and that’s okay, too.

This year, from April 20th until June 12th, I made some variation of “no” my Facebook status every day (except one day I put “yes” because I needed it that day… people freaked out). When I started doing it, it was just something I found vaguely funny but couldn’t put my finger on why. By the end it was something that I could count on for strength which I promise grosses me out more than anyone reading this. Whether people realized it or not, they were empowering me to truly embrace saying “no.” Instead of feeling like I was being negative, I was owning doing what I wanted. It shouldn’t be easier to say yes than no.

This is not an invitation to friend me on Facebook, please don’t.

While on the nature walk, I all of a sudden had to go to the bathroom Real Bad. I have a pretty strong stomach but I’m guessing all those weird protein packs and energy supplement thingies I’d been instructed to take weren’t being burned off and they needed to get out or something. I tried to swiftly walk back to camp but I knew I wasn’t gonna make it so I shot two poop pellets out at probably the speed of light. I’ve never had to go to the bathroom that bad in my life (besides this one time I was but a wee babe and my mom told us not to get out the car no matter what and I was such a stickler for the rules that I waited too long to make a dash for the Wal-mart bathroom and shit myself crossing the parking lot). So that’s the lesson here. If you say yes to things you don’t wanna do, you’re gonna have to scatter off a hiking trail to emergency poop under a tree in a national park.

As a woman, I know it can be hard to say no. We’re trained to be nice and accommodating and put other’s comfort before our own. So perhaps be more mindful. When you ask people shit, ask them without expectation. Someone told me that a lot: offer things without expectation — and I agree. The problem was this person’s version of that included me not expecting basic human compassion or respect, which is neither here nor there, I just need to include that, so like, “trust the message, not the messenger” (which isn’t a colloquialism but should be). I’m not saying that everyone should be like me. I know everyone doesn’t have that privilege. But if you can… and if you want, say “no” more and demand that, on every front, your no’s are taken seriously. 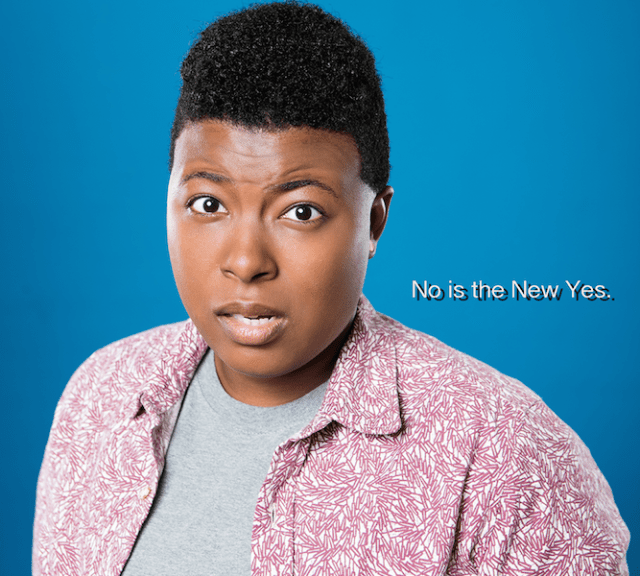 This was a really complicated way for me to tell a story about shitting in a forest under the guise of encouraging people to own their agency. See you guys later.