Remember when Obama’s shiny new health care bill, the Patient Protection and Affordable Care Act (ACA), passed way back in March 2010? Good news! The slow government crawl to actual fruition is nearly over, and starting on October 1st, Americans will be able to start shopping for ACA insurance plans which will go into effect next year. Judging by the general complexity of bureaucratic endeavors, and the tiny endlessness of insurance form fine print, the whole process will probably be pretty headache-inducing for everyone. But when you take into account, say, the complex legality of being in a same-sex relationship in certain states, or the hassle of figuring out if your plan covers your hormones, you might get several headaches, which could make you want to visit your doctor, which will make you wish you were insured. Luckily, the Out2Enroll Campaign is here to help! 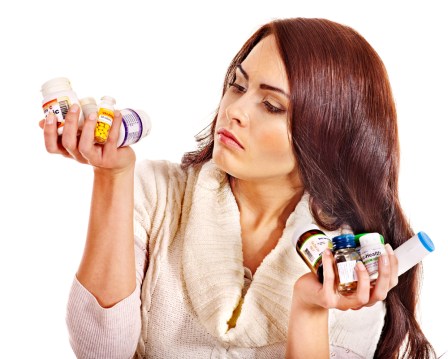 Progressive think tank the Center for American Progress, the Sellers Dorsey Foundation for LGBT health, and the Federal Agencies Project have joined forces to launch Out2Enroll, an initiative designed to help LGBT Americans get the best possible health coverage under new ACA requirements. According to studies by the Center for American Progress, 34% of lower-income LGBT adults are currently uninsured, due to — among other things — workplace discrimination, lack of domestic partner benefits, and specific treatment exclusions. This is especially bad news considering that LGBT people are more likely to suffer from anxiety, depression, and substance abuse; fail to take prescribed medication and to be treated at the emergency room; and that older LGBT people are more likely to be disabled or stressed. Out2Enroll aims to reverse all of these trends by helping as many LGBT people as possible enroll for coverage. In addition to a resource-rich website, which will launch on October 11th, the campaign will spearhead local signup initiatives, staff multi-lingual call centers, and host community forums to answer questions about health care and coverage. 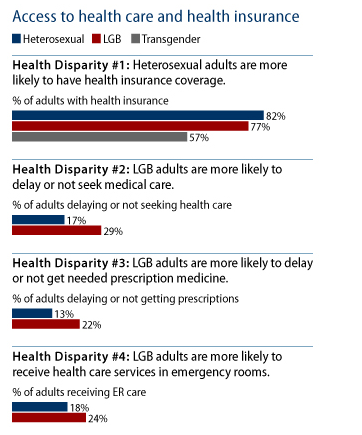 (VIA CENTER FOR AMERICAN PROGRESS)

When the Affordable Care Act passed, the National Gay and Lesbian Task Force lauded it as “a historic step forward” for LGBT health in America — among other things, the ACA puts money towards community health centers, outlaws insurer discrimination based on pre-existing conditions, and funds research into LGBT-focused health discrepancies. A few days ago, during a special White House briefing, Senior Advisor Valerie Jarrett and Health and Human Services Secretary Kathleen Sebelius explained some of the ways in which the ACA has benefited and will benefit LGBT people, including requiring hospitals that receive Medicare funding (“and oh, by the way, that’s every hospital in the country”) to extend hospital visitation rights to same-sex couples, prioritizing LGBT youth in foster homes, and collecting data on sexual orientation and gender identity in order to research and fight health disparity. As Jarrett put it, “Being LGBT is no longer a pre-existing condition.” Out2Enroll aims to make this true on an individual basis.

If you’d like to brush up before the site goes live, Out2Enroll has released a preliminary fact sheet outlining what you can expect when signing up for a plan. For a deeper dive, this New York Times chart remains helpful and streamlined, this NPR series remains specific and comprehensive, and these two This American Life podcasts, ‘More is Less‘ and ‘Someone Else’s Money‘, remain educational ways to spend your commute. There’s also the official U.S. government healthcare site, which can tell you what rates you qualify for, as well as the Out2Enroll gateway site, where you can sign up to be alerted when the real site goes live. Start shining those apples!