Here at Technostraddle, Autostraddle’s newest blog, Geek’s In and We’re Out!

+
We are happy to bring you our brand-new blog Technostraddle, created to be a sweet online space where ladies can be geeks and geeks can be ladies, too. We’ll be offering up tech news on the regular, as well as providing a hip, queer spin on technology, gadgets, gaming & design for the tech-savvy lady.

We’ll keep you in the loop on hot new iPhone apps and hawt ladies making an impact on the tech world, swap horror stories of condescending Best Buy boys, gush over our favorite Lifehacker posts and perhaps attempt to teach our grandmothers how to use email (on video) (for your entertainment).

The latest & greatest gaming gear, mp3 players, social media, laptops, typography, weird science, outer space and robots- You name it, we got it.

So bookmark it right now: https://www.autostraddle.com/technostraddle and stop by daily for new content every single day! Like the big guys do it. 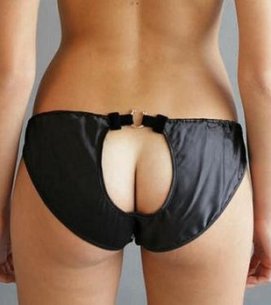 A little bit about Me:

I’m 23, live in NYC and I’m a geek to the core. I’ve loved computers since my first Macintosh LCII (wow! that shit only had 4mb of ram and 40mb of hard drive space!). I’ve loved games ever since I hopped on my first goomba and comic books ever since I first laid eyes on Jean Grey (I was 9). I also love neurotransmitters and giant hadron colliders, but those interests developed later in life.

I’m very interested in the intersection between gays, geeks & girls with a special eye on cybercultural evolution. In my free time, my main nerdisms include keeping up on geek news, playing World of Warcraft (more on this later, don’t worry!), tooling around in Photoshop and nursing my dreams of becoming a graphic novelist. On that note, I’m very excited about the future of the graphic novel as an art form.

And I’m excited about Technostraddle! Really, I’m very excitable! (Or “excitant” as the kids say around here?)

A Little Bit About Our Mothership Autostraddle.com:

“…We hope that smart chicks who like to talk about weird stuff will feel at home here –- a girly nerd-nook with a little something for everyone.”

Joining us in the future: Carlytron, your resident Televisionary, who is half robot, obvs, A;ex, the design goddess who made Autostraddle look so damn sexy and a host of other nerds we’ll collect along the way! Like pogs!

A Little Bit About You:

While I may be a king among nerds, I sure don’t know everything. Here at Technostraddle, we’ll field your tech questions as well as we can, and if we don’t know the answer, we’ll point you in the right direction! Happily, there are tons of great technology resources out there, and we’ll keep you updated on our fave tech, gagdet, gaming & design websites as well as other exciting online happenings from people who’ve been at it way longer than we have!

Maybe you own a telescope! Maybe you like to play Wii tennis after you’ve had a few beers! Maybe you’re a full blown geek like us- we want to make you feel like Technostraddle is your space too, so let us know what you’re into and what you want us to talk about! What’s your biggest geek secret? What would you like us to cover? Why am I running out of synonyms for ‘geek’ so quickly?!

Are there gay characters in video games? What big names in tech are women? Is there an app for gaydar? WTF is “the cloud?” Has anyone liked anything about Google Wave? Stay tuned!

A LOT ABOUT YOU:

If you’re about to have a party in your pants about this blog or know someone else who might feel similar titilating sensations, perhaps you would like to join our team!

We’re looking for a few good bloggers to join Team Autostraddle with expertise in tech, gadgets, web-culture, gaming and/or design capable of writing 2-3+ short (100-300 word) blog posts weekly. Email taylor [at] autostraddle dot com with your resumè, three story ideas, and two writing samples or a link to your blog or other online work. Be witty, unique and edgy!

The Vision and the Future: 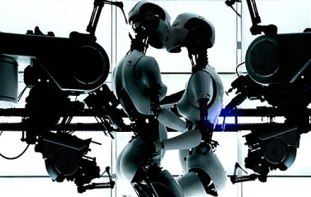 While sometimes it seems like all the cool stuff out there is for dudes and by dudes, Technostaddle hopes to pay our respect to the dudes (and the few ladies) already talking tech out there while providing our own special & unique space online for smart, like-minded ladies right here. We hope to build Technostraddle into a premier destination for geeky girls all around the world and provide a place for gay-friendly, girl-friendly brands and innovators to target an audience eager for attention.

Like we aim for across the board on Autostraddle.com, we hope that smart chicks who like to talk about weird stuff will feel at home here —  a girly nerd-nook with a little something for everyone. Yeah — you guessed it — this is all part of the Autostraddle revolution! Get in touch with your inner geek- it feels good! Really!

Like they say, the geek shall inherit the earth. And I think we’re well on our way!