While 13.5 million viewers tune into the Women’s World Cup for the next few weeks, watching as the global elite female soccer players battle it out for the title of “Best in the World,”the New Generation Queens practice. On a field of dry brown grass in Zanzibar, a remote island off the coast of Tanzania, they are solemn, focused, and fearless. 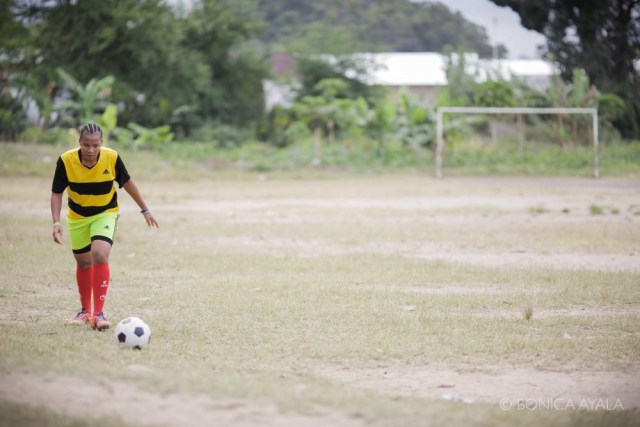 Once it was rare to see women playing soccer on this East African Island. The majority of Zanzibaris consider women’s soccer to be uhuni – Swahili for “immoral.” Because 99% of the population is Muslim, many Zanzibaris feel that women shouldn’t wear shorts or participate in soccer, believing that Islam forbids such practices. But in spite of this general opinion, and the verbal, emotional, and sometimes physical abuse that comes with it, the New Generation Queens continue to play, mostly against male teams due to lack of female competition. The women show up for practice in traditional garb, including hijabs. Then they remove their overclothes to reveal the practicewear underneath: Manchester United jerseys. 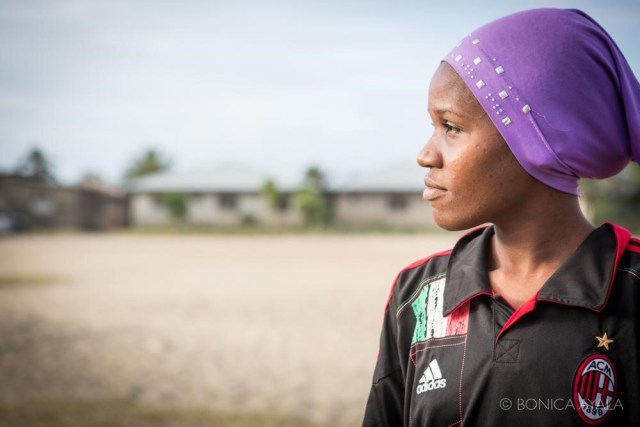 Megan Shutzer first came to play with the New Generation Queens while working in Zanzibar in 2012. She was amazed by the environment that the team created – one that pushed its boundaries (quite literally) into male spaces. That resonated with her; she’d grown up playing on all boys’ teams.

Compelled to share NGQ’s story, Shutzer roped in a college buddy, Katie Tygielski, a documentary filmmaker and graduate of Harvard University who specialized in visual ethnography and childhood film. Together, and with the encouragement and eager participation of the NGQ, the film “New Generation Queens” came to be.

“It reminded me of my own queer community,” Megan says, “and the empowerment that comes with assuming masculinity. That was just one of the many things I admired about the team in Zanzibar – their willingness to take on masculinity in a way that felt familiar and yet was so uniquely Zanzibari.” 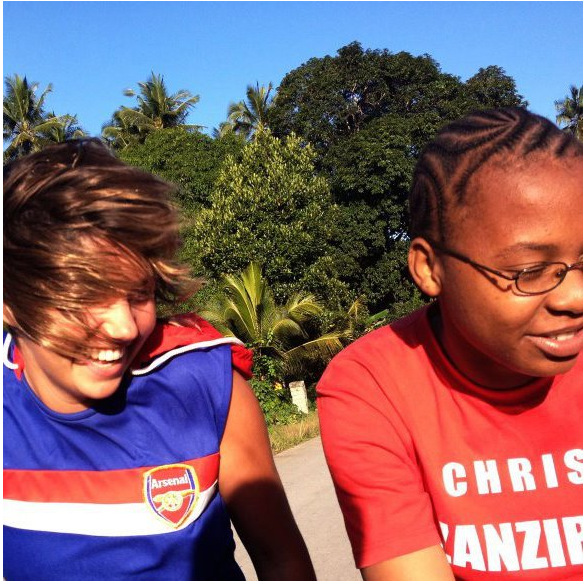 Men in the community would sometimes make it difficult for the team to practice. In the film, Hawa, one of the team’s strongest defenders, says, “Our biggest problem is that we don’t have a field of our own. We get moved around and chased from one field to another.”

But despite the difficulties, the NGQ women practice in any way possible, under the leadership of Coach Chui and Team Manager Leila. 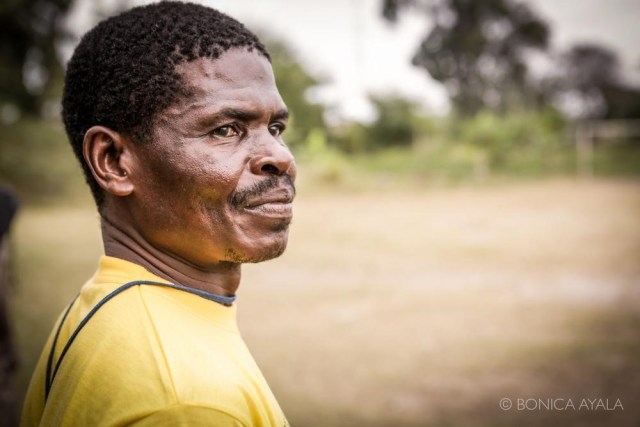 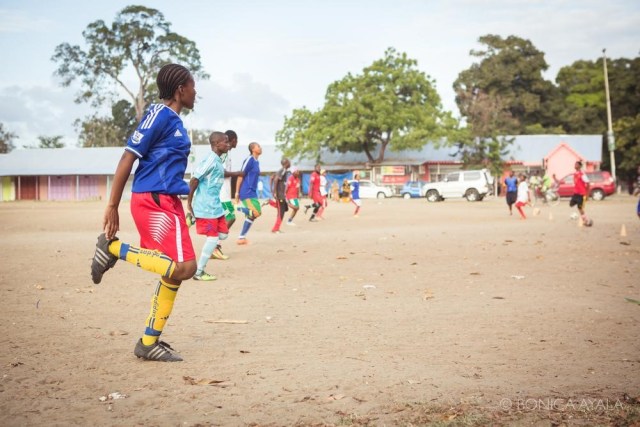 One of NGQ’s best players is Sabaha, who first appears in the documentary as a guest speaker on a local radio show. Clad in traditional hijab and tunic, she leans in shyly toward the microphone. “My name is Sabaha Hashim Yusuf,” she says, hesitantly. “My nickname is ‘Messi.'”

She is there to talk about her experience playing with the NGQ at the Copa Coca Cola – a tournament on the mainland of Tanzania – where the team played for the first time in front of scouts for the national team. 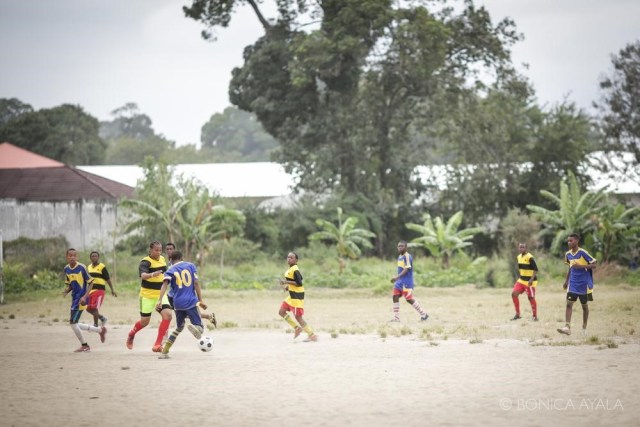 But the film isn’t about how the NGQ played in the tournament; rather, it’s about how they got there. From Sabaha’s interview it jumps back in time to before the Copa Coca Cola to record the team’s preparation, both on and off the field: the grueling practices, the pep talks, and, unfortunately, the many stares and declarations of dissent from community members.

Later, Didah, a defender for the NGQ, stoically explains that “we Zanzibaris have our culture. But I don’t think playing soccer causes it to leave you. Because you can play soccer like that player over there, who came wearing a bui bui, because that is part of our culture to wear a bui bui.” (A bui bui is a piece of cloth worn by Zanzibari Muslim women as a shawl.)

Shutzer is also quick to emphasize the inclusivity the team’s existence continues to signify to this day – that it is possible to be female, an athlete, and a practicing Muslim simultaneously, without any of the three labels negating another. 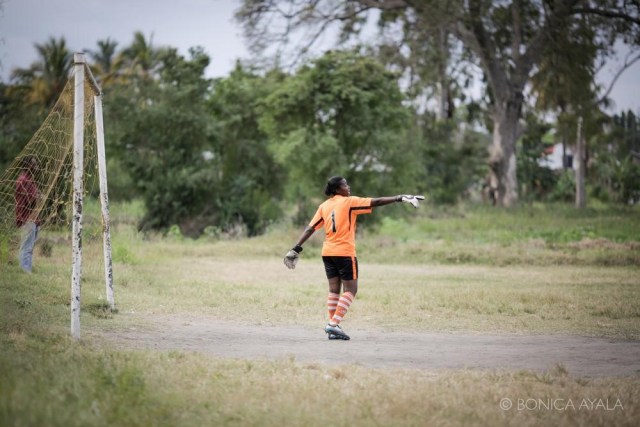 Still, dismantling, even penetrating, the religious taboos associated with Zanzibari women playing soccer doesn’t happen overnight. For some, it doesn’t happen at all.

Sabaha’s family had been particularly difficult to convince. In fact, she might not have ever been permitted to play were it not for the tactful intervention of her former coach, Nasra Juma Mohamed. Coach Juma is one of Zanzibar’s first ever female soccer players; she knows the members of the NGQ well. Coach Juma visited Sabaha’s family and convinced them to allow her to play.

“She is a very talented player,” she says. “She could do something better in a future time.”

And there is a reason they call Sabaha “Messi.” She can weave and dance around defenders with the same grace and agility as her male counterparts. Sabaha knows this. In one clip she looks into the camera, smiling, and says, “For now I play with the New Generation Queens and study. But one day I hope to play for the national team.” 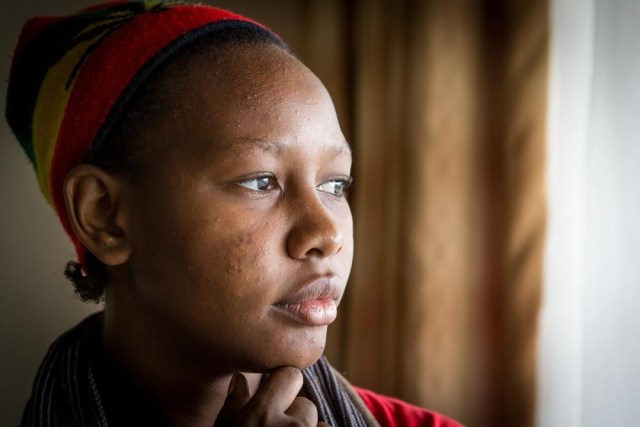 Outside of practice, most of the women lead lives at home. But the team’s senior captain, Riziki Abu Bakkar, has a full-time job. 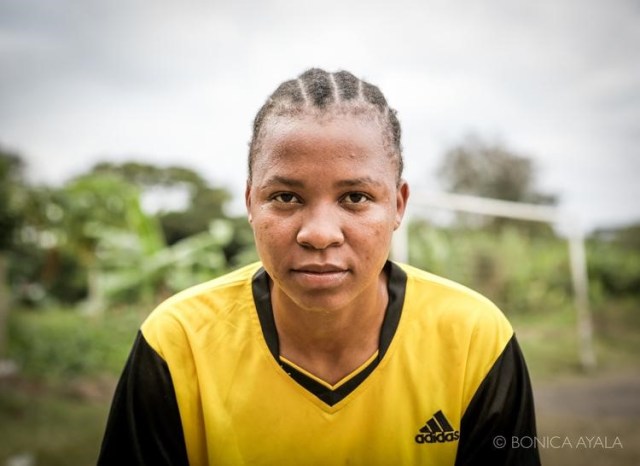 At last, the team makes it to Copa Coca Cola. The minute they get to their room they start dancing. They sing and clap as players from the mainland stand by and watch, stunned.

It has taken the NGQ more to get to that moment than many of the mainland players realize, let alone Westerners like Megan and Katie. They’ve been kicked off fields; they’ve defied years of religious tradition to stand strong as proud Muslim women who play soccer, in spite of their families’ opposition, in spite of the threat of a partner’s separation, and in spite of actual divorce. Their celebration is a manifestation of victory over all of these hardships.

“In spite of the challenges,” Shutzer says, “these women continue to play and hope for bigger things.” And they deserve them. 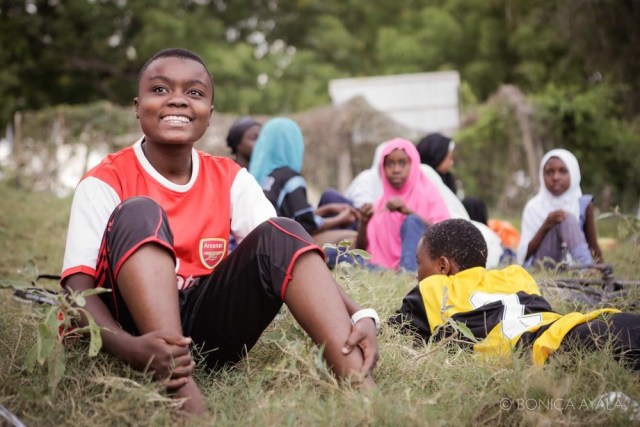 New Generation Queens debuted on June 17 at Players Theatre during the Manhattan Film Festival. From there the documentary will screen at the Girl Power in Play symposium in Ottawa, Canada, June 18-19. Then, in July, the film will travel back to Tanzania where it will be shown in myriad theaters across the country between July 18-23.

Abby Higgs lives in Baltimore, Maryland, which is not as bad of a place as National Geographic makes it out to be. In 2012, she received her MFA in Creative Writing & Publishing Arts from The University of Baltimore. When she's not writing, she's carefully applying anti-bacterial hand gel up and down her extremities to ward off all of the germs. More of her words appear here: www.slowclapabby.com.

Abby has written 4 articles for us.