In a recent Guardian article, British journalist and author Nick Cohen puts on his whimsical ally cap and tries his best to tackle an age-old question: Why are straight people so darned invested in what gays do in bed?

While Cohen is a well-intending friend of the gays and goes so far as to describe himself as one of the “men who are ‘secure’ in their heterosexuality [and] have little interest in what their homosexual friends do in bed,” I immediately felt like the question of why queer sex is so policed would have been best answered by someone who’d actually been on the receiving end of that kind of homophobia, or someone honest enough to own up to their own homophobia (be it internalized or free-range).

Narratives from those who who have been discriminated against and those from reformed homophobes seem to bear the most leverage in society today. Not only do we need to understand how this sort of oppression affects people in order to ensure that it does not continue to occur; we need to believe that people can actually change for the better. Because he wasn’t exploring homophobia from either of these two positions, Cohen’s extremely verbose essay – while witty at times – did little for me. 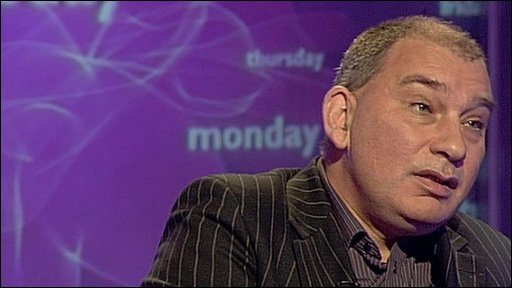 Instead of pinpointing the specific reasons why people are willing to condemn gay sex, Cohen explores the sterile, old hat history of homophobia in religion, and how it is often rooted in contradiction and self-loathing.  He pokes fun at Catholicism’s hypocrisy in asserting that sex is not the enemy one second, and then stating otherwise the next:

It is not true that all we ever “think about is sex”, protested the Catholic journalist Melanie McDonagh in the Spectator. Without a blush, she then went on to demonstrate that she could think of little else. Society should tolerate men and women whose attraction to their own sex is not expressed in sexual relations, she explained, as she began her discussion of vicars’ todgers. If a vicar uses his penis for sex “without a procreative purpose”, however, then out of the church he must go.

Obviously Catholicism isn’t the only religion that waves a cautionary finger at homosexuality. Different denominations of every known religion have taken varying positions on gay sex, from “don’t do it” to “don’t do it outside of a sacred union” to “have at it, babe.” Cohen does them all justice, including American evangelism, on which he humorously comments that “the path from the pulpit to the gay massage parlour is so well trodden by evangelical preachers that it is a wonder there is a blade of grass left on it.” However, I found myself bristling when Cohen suggests that those interviewing gay vicars for promotion in the Anglican church experience more turmoil than the gay vicars themselves:

A vicar can be in a civil partnership, [the Anglican church] conceded earlier this month. But if he wishes his superiors to elevate him to a bishopric, he must submit his sex life to cross-examination. Only if he can tell them he abstains from sex will they promote him. These are questions that shame the interrogator more than the interrogated. 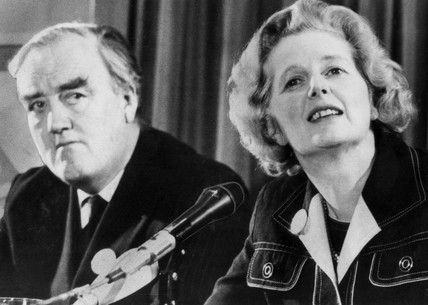 Whitelaw and and Thatcher

When Cohen concluded his essay on the note that gay sex is none of straight people’s business, I found myself wondering if his disinterest and apathy towards queer sex was any better than the overinvestment which blatantly condemns it. Whether intentional or not, both erase and invalidate our sexual experiences. While Cohen never really answers his title question of why straight people are obsessed with what gay people do in bed, I’d venture to guess that it’s because society simply doesn’t talk about queer sex on the same level that it does good ol’ PIV intercourse. And when we don’t talk about something, its taboo factor only stands to increase.

It seems fitting that the guy who says he “doesn’t care” about what we do in bed never outright discusses queer sex, let alone sex between women, or gender non-conforming folks. It would’ve been nice to see Cohen clarify that not all gays and lesbians have bodies which fit the status quo, and that people who identify as queer are constantly finding new ways to mess with the boundaries of morality and immorality as defined by faith. But this just wasn’t the case.

Fetishizing queer sex is one thing, but being curious is another. We kill the gasp! factor surrounding queer intimacy by talking about it. I can’t fault a heterosexual friend for asking me about strap-ons when I know she went through high school without ever talking about lesbian sex in her health class, and that the Cosmo she reads as a young adult is no better. I want straight people to care! I want them know that’s it’s possible to be respectfully curious, to ask questions, to get brutally honest answers from those of us within the LGBT community instead of misinformation from god knows where. The only dangerous questions are those which go unasked.

Talking about LGBT bodies is a good thing, particularly when it comes to the reproductive justice. I want to be able to have meaningful conversations about the lesbian aversion to gynecologists, in-community sexual assault, cancer awareness for transgender individuals, and so many other issues unique to our community.

One thing is certain: I do not want to have to wait for another AIDS epidemic for the Willie Whitlaws of the world to finally express concern in my body and the ways in which I use it.