Guess what, classmates? You knew just what to get Autostraddle for their 13th birthday! All told, you raised over $17,000 and over 300 people signed up for A+ during the mini membership drive and fundraiser. You’re amazing, you’re transcendent, and can your mom drive us to the mall after seventh period?

This week, my efforts to slog through Grey’s Anatomy once a week just for a glimpse of Kai and Amelia finally paid off in the form of a rock show and long-legged sofa cuddles and can you tell I am excited for this one (1) entire watchable storyline? Also: Kai having an apartment full of plant babies makes it very clear there is at least one queer writer in the writer’s room this season!

Read this: I’m Trans and I’m Not Leaving Texas.

Here are some fictional books Riese wishes she could read. Real talk: just how bad do we think Lez Girls really was? Were there manatees?

Finally, are you voting in Autostraddle’s March Madness? The choices are so hard but Natalie’s write-ups of these ships and couples are an absolute DELIGHT.

On Boobs on Your Tube: Amelia and Hot Doctor Kai Had One of the Hottest Dates in Grey’s History:

The I Wanna Rock ‘n’ Roll All Night Award to Caitlin:

On It’s Time To Get Into Jerky:

The Yellowjacket Special Award to Luca:

The Co-Written in the Stars Award to Jill: 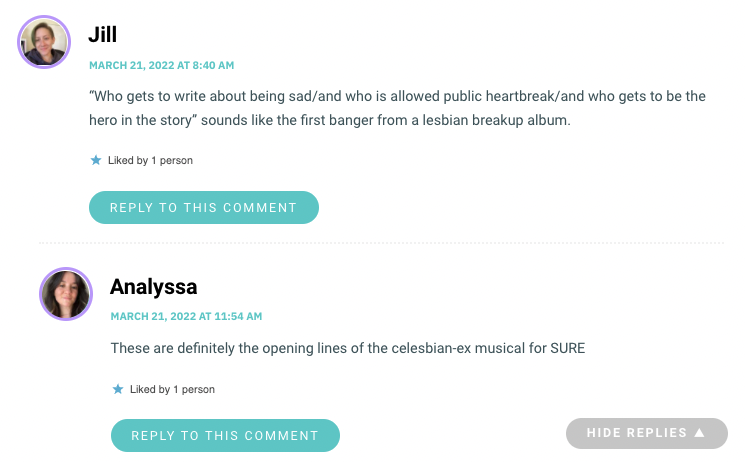 On The Essay I Wrote About Santana Lopez When I Was 19 and Closeted, Annotated by My Present Self:

The Dolphins Are Just Annotated Sharks Award to tapir: 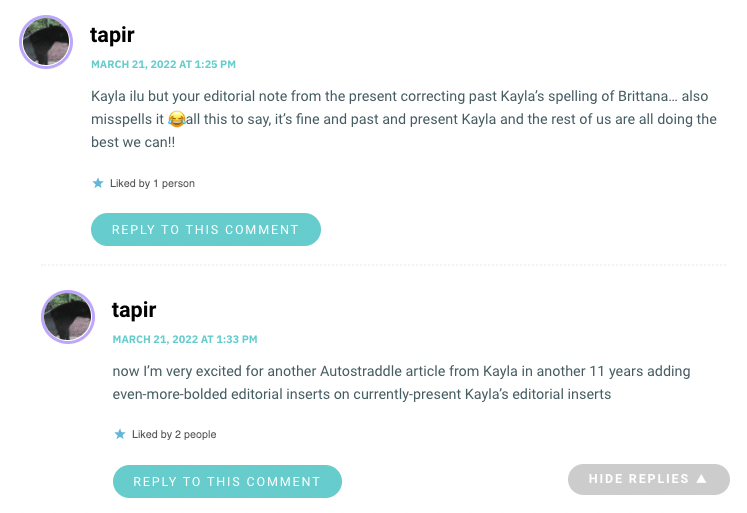 And the Elementary, Dear Caitlin Award to Caitlin: 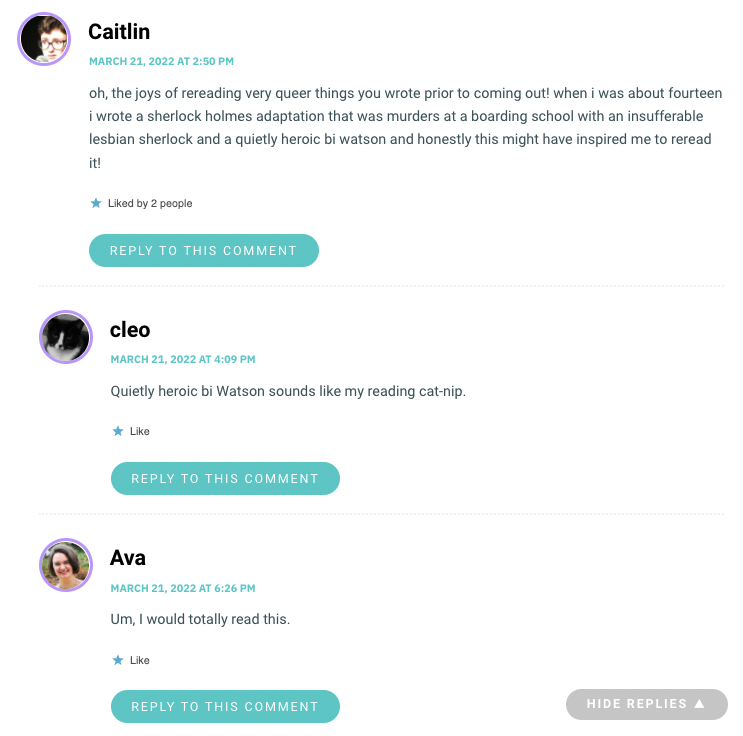 The Eagle Eyed Award to Kristana:

On I’m Trans and I’m Not Leaving Texas:

The Action Items Award to Gina:

And on Pop Culture Fix: You Can Wear Whatever You Want to Sue Bird and Megan Rapinoe’s Lesbian Wedding:

The Ever So Fine, She’ll Toe the Line Award to Cecily: