Ah I love the smell of fresh Emmys announcements in the morning!

But seriously, the 2020 Emmy Nominations were announced this morning, and there are a lot of feelings to be had. This year, there are 11 nominated lesbian, bisexual, queer or trans actresses being honored for their work! There’s 15 nominations going to LGBT women’s roles on screen. It’s perhaps becoming cliché to say that #RepresentationMatters, but it remains true that we all look for ourselves in the stories we tell. That seeing a little bit of yourself, out there in the world, in your full messy humanity, makes it that much easier to just be in your everyday life. Television may be a billion dollar industry, but its one that’s still built on the art of connection.

Nevertheless, the Television Academy — like Hollywood itself, and mainstream TV criticism — continues to commanded by the tastes of mostly straight white cis men. This year, as the year before, that became most prevalent in the near shut out of critics’ darling Pose in almost all major acting, directing, and writing categories, save Billy Porter’s nomination for his magnificent portrayal of Pray Tell as Lead Actor in a Drama.

It takes nothing away from the resplendent performance brought forth by Porter (who last year became the first out gay Black man to win in his category in Emmy history), to also note that when only the cis performer is deemed “worthy” of nominating from a show like Pose — which is created by, for, and centers the experience of Black and Brown trans women — there’s a problem afoot. It sends a message that no matter rich talent put forth — trans women who are the protagonists of their own stories aren’t worthy of recognition.

Last year the Television Academy nominated Pose in the Outstanding Drama category without acknowledging the trans creators and talent that’s turned it into generation defining art. This year — they couldn’t even be bothered do that. And they should be rightfully shamed for it, because this isn’t about a lack of talent; it’s about transphobic gatekeeping. Their work is greatly missed from the nominations below. 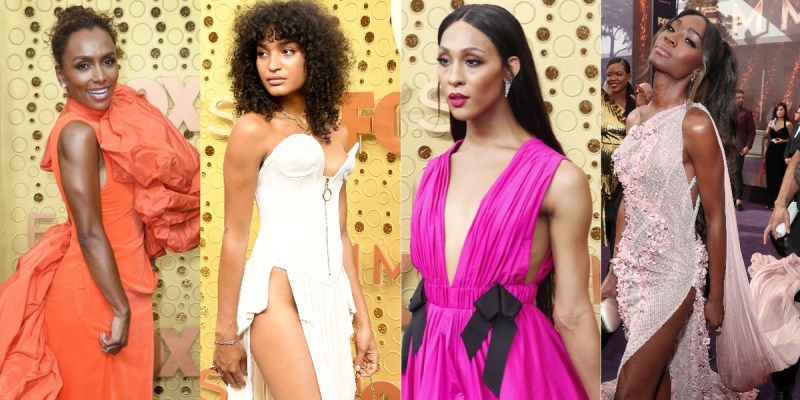 Now, on to the rest of the nominees!

Congratulations are of course in order to Jodie Comer for her Lead Actress in a Drama nomination for the deadly bisexual assassin everyone loves and fears, Vilanelle, in Killing Eve along with her partner and playmate in the erotic cat-and-mouse, Sandra Oh (who remains the only Asian actress to ever be nominated for Outstanding Lead Actress in a Drama). Rounding out the Lead Actress in a Drama category is Zendaya, who wrecked hearts as Rue Bennet in the queer coming-of-age drama Euphoria, scoring her first Emmy nomination in a career that she’s been working overtime at since she was a tween.

Over in the comedies, Linda Cardellini was nominated for her queer lead role Judy Hale in the biting dark comedy, Dead to Me. Alex Borstein was once again nominated in the Supporting Actress in a Comedy Category as Susie (whom they still haven’t made gay, the cowards!) on The Marvelous Mrs. Maisel. Speaking of Mrs. Maisel, Wanda Sykes received a nomination for Guest Actress in a Comedy for her brilliant work was Moms Mabley in the show’s third season (she’s also nominated for her voiceover work on Cranky Yankers). Trans actress Rain Valdez was nominated for Outstanding Actress in a Short Form Comedy or Drama Series for her work in the comedy, Razor Tongue. And of course, perpetual home team favorite Kate McKinnon is bringing in her SEVENTH Emmy nomination in the Supporting Actress category for her steadfast work on Saturday Night Live. Meanwhile, Mrs. Maisel and Dead to Me are each vying for Outstanding Comedy Series.

In the limited series category, our surprise queer hit of spring, Little Fires Everywhere, had a strong showing. Not only is the show nominated for Outstanding Limited Series, but also Kerry Washington is nominated for Lead Actress in a TV movie/Limited Series as Mia Warren, the queer bohemian artist with, excuse the pun, a “fiery” past. Little Fires Everywhere bisexual director Lyn Shelton also earned a posthumous nomination for her work on the series. Shelton directed four episodes out of Little Fire Everywhere’s eight, including the season finale, “Find A Way,” that earned her the nomination. We’re sending our congratulations and support to her family at this time. 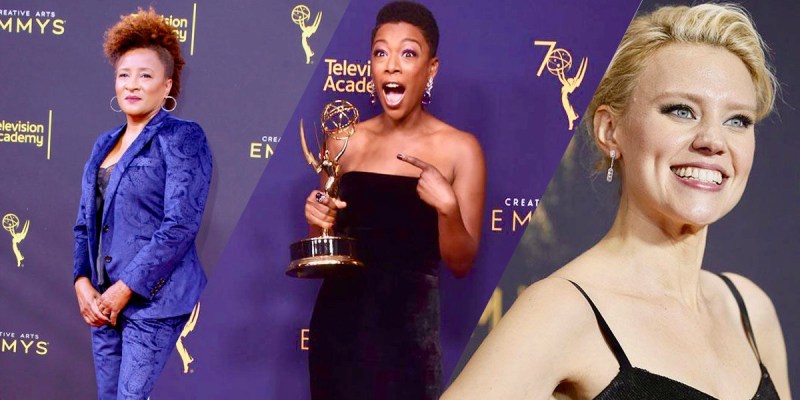 Emmys 2020, Pandemic Edition! May the odds be ever in your favor!

Alexis Bledel, “The Handmaid’s Tale”
Laverne Cox, “Orange Is the New Black”
Cherry Jones, “Succession”
Phylicia Rashad, “This Is Us”
Cicely Tyson, “how to Get Away with Murder”
Harriet Walker, “Succession”

“Curb Your Enthusiasm”
“Dead to Me”
“The Good Place”
“Insecure”
“The Kominsky Method”
“The Marvelous Mrs. Maisel”
“Schitt’s Creek”
“What We Do in the Shadows”