I am so happy to be back with you!! I’ve missed so you greatly. Today ended up being more hectic than I originally planned, so I’ll keep this short. But WOW DID I MISS YOU! Haha, did I say “miss you” enough yet? Also thank you so much to Natalie for keeping the link roundup going through the hot hot summer.

I love all the people in this trailer and look forward to being fully glued to my screen and thinking smart thoughts about the future of our country with them! Also(also.also.)… much respect to my favorite congresswoman for all of her intellectual and political prowess, but wow AOC looks like a stone cold babe here. (I’m sorry! It had to be said!)

And speaking of babes.. 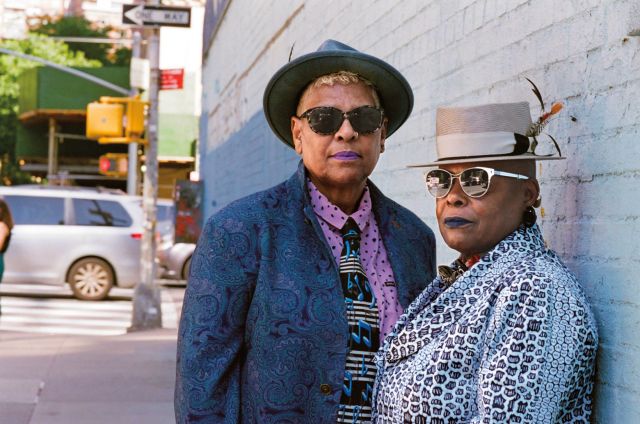 Lived Experience: Delphine Diallo’s Powerful Portraits of LGBTQ+ People Aged Over 50. This was actually published in February, but it’s burned through all my social circles this week. And for good reason!

Alison Bechdel on the Pioneering Queer Cartoonist Who Inspired Her Career

An Afro-Latina Trans Sex Worker in Colombia Died After Paramedics Failed To Take Her To The Hospital. Fuck this.

‘Am I Bisexual?’: A Guide to Dating Women for the First Time in Adulthood

Minneapolis Protests: How the City’s Queer Musicians Are Thriving

An absolutely gorgeous tribute to summer, and this summer in particular. The Magic of Black Girls’ Play

This weekend marked the 30th anniversary of the Americans with Disabilities Act and there’s a beautiful spread with feature profiles from Wendy Lu: I’m Disabled & I Refuse To Be Your Inspiration (FYI, one of the of the features is of Jillian Mercado, of modeling, activism and — relevant to our collective interests, Generation:Q fame!)

Today was Emmy nomination day and What the Hell Do Latinx Actors and Shows Have to Do to Get an Emmy Nomination? I’m LIVID!!! (Looking for your gay Emmys coverage, including  ahem, my very clearly articulated anger about Pose’s shut out? We’ve got you covered.)

Saw This, Thought of You: Sportsball Edition

Natalie didn’t want to say goodbye and leave you all empty handed!!

The first ever NWSL Challenge Cup came to an exciting conclusion on Sunday and crowned a first-time champion:

+ How the Orlando Pride turned a curse into a blessing

+ Few people have done more to elevate the women’s game than David Stern and now he’ll have a place among the pantheon: Women’s Basketball HOF to induct David Stern

+ The Mystics needed a center, and Alaina Coates, a former No. 2 pick, needed another chance; The former South Carolina Gamecocks star netted 6 points, 9 rebounds in her debut for the Mystics.

Brittney Griner: What it means to wear Breonna Taylor’s name on my jersey

Kyrie Irving is committing $1.5 million to supplement the income of WNBA players who choose not to play this season, whether it be because of coronavirus concerns or social justice reasons. pic.twitter.com/ho8UwvmgmZ

In “Men Also Play Sports” news: Laurent Duvernay-Tardif is the starting right guard for the Kansas City Chiefs and the first player to opt out of upcoming season. In the letter explaining his decision, Duvernay-Tardif writes, “If I am to take risks, I will do it caring for patients.” Oh, did I forget to mention that the Superbowl winning lineman is also an MD?

In “Who Could’ve Predicted This? Oh, Wait, Everyone” news: Is their season in jeopardy? What the Marlins’ coronavirus outbreak means for the team — and MLB

After a 2018 Florida referendum sought to restore voting rights to ex-felons, the governor stepped in to prevent registration by felons who hadn’t yet made monetary restitution for their crimes. Critics said the move was akin to establishing a new poll tax but the 11th Circuit Court of Appeals and the Supreme Court disagreed. Now basketball’s greatest player is stepping up to ensure ex-felons aren’t denied the franchise.

‘She Had No Remorse’: Why Kamala Harris Isn’t a Lock for VP. He’s literally still mad because she beat him in the debate, and then when asked about it: She laughed at him!! (Note: this story would only make me more likely to be want to vote for Kamala. Just saying.)

Biden Says He Will Choose His Running Mate Next Week. I don’t have the emotional wherewithal to survive this.