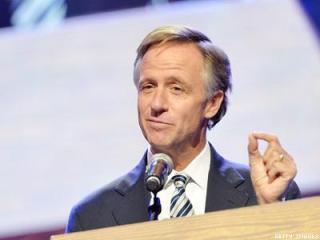 Yesterday the Tennessee State Senate passed SB 1793/HB 1547 on a 32-0 vote, and it is expected that Republican governor Bill Haslam will sign the bill, which was initially approved 90-2 by the house, into law. According to the ACLU, this bill — which claims to be an effort to “protect religious freedom” in public schools, despite the fact that religious freedom was enshrined in our Bill of Rights 223 years ago —  “crosses the line from protecting religious freedom into creating systematic imposition of some students’ personal religious viewpoints on other students.”

The bill mandates that Local Educational Agencies “treat a student’s voluntary expression of a religious viewpoint, if any, on an otherwise permissible subject in the same manner the LEA treats a student’s voluntary expression of a secular or other viewpoint on an otherwise permissible subject.” As The New Civil Rights Movement put it, this would give students a free pass to “preach the gospel during science class” and give anti-gay students a “state-sponsored license to bully.”

It gets worse, though: The LEA would also be mandated to establish “a limited public forum for student speakers at any school event at which a student is to publicly speak” and, within that forum, allow students selected by the school board to speak in a manner “that does not discriminate against any student’s voluntary expression of a religious viewpoint.” In other words, students picked by the school will be given a designated forum to publicly espouse their religious beliefs, even if those beliefs involve condemning their classmate’s innate qualities or otherwise legal behavior.

The best part of this particular clause is how the speakers are selected for these “limited public forums” and graduation ceremonies. The selected students must be in the highest two grade levels of the school and would need to hold a “position of honor based on neutral criteria.” Honor positions can be designated by the LEA, but three honor positions are automatically approved by this bill:

There are so many places to begin with that last one, including the fact that football team captains are always men and it’s unclear why any sport at all, let alone this specific sport, is automatically established as producing worthy public speakers.

But, moving on — this bill would also allow any student to organize “student prayer groups, religious clubs, or other religious gatherings to the same extent that students are permitted to organize other noncurricular (sic) student activities and groups” and that these groups should all be given the same access to school facilities and permission to advertise and announce meetings. This is already standard practice in most public schools, although LGBT groups specifically have a tough time getting access to funding and resources. If only being gay was a religion, you guys, we’d be totally set for life. But under this law, any student could form a group aimed specifically at condemning LGBT students or unmarried pregnant students and get away with it because the group reflected their religious beliefs.

Furthermore, this bill creates a great shortcut for conservative religious students who’d rather read the Bible than their biology textbook — students will not be penalized or rewarded due to any religious content they include in their “homework, artwork and other written and oral assignments.” As The New Civil Rights movement writes, “At a basic level, a student could merely write “God” on a chemistry test as the answer to a question asking to where water comes from.” 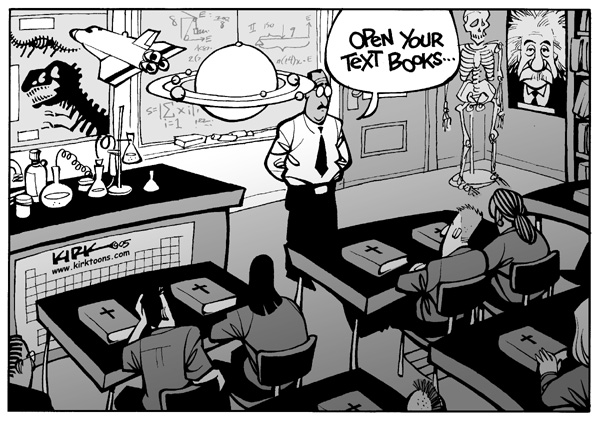 .”..this bill also encourages religious coercion, requiring local school boards to establish a system for selecting student speakers and allow those students to express their beliefs about religion in a variety of inappropriate settings, from the classroom to school-day assemblies and school events. Should this pass, students with a range of religious beliefs, as well as non-believers, would likely routinely be required to listen to religious messages or participate in religious exercises that conflict with their own beliefs. “

Alarmingly, this bill serves to alienate and marginalize students who are already significantly alienated and marginalized. 84% of Tennessee residents are Christian — mostly Evangelical Protestants, Mainline Protestants and Baptists. Jewish, Muslim, Buddhist, Hindu and non-religious students, as well as any student practicing a less well-known religious tradition, likely already feel plenty disconnected from their community without the football captain requiring them to proclaim Jesus as their lord and savior at a pep rally. Not to mention the hundreds of thousands of Christian students who could witness their religion being misrepresented as intolerant by students who ascribe to different interpretations of the bible.

Mandating discrimination in public schools is especially problematic on a financial level. Students with adequate financial resources will have the option to opt out of an oppressive educational environment by enrolling in private schools, and poor students will not. Private schools and homeschooling have often been popular options amongst families who don’t want their kids to know about condoms or that humans evolved from apes — and justly so, as it’s ridiculous to prioritize religious beliefs over science in public educational institutions but still entirely legal for a religiously oriented education to enable a kid to earn an educational degree. This law makes it so that the onus will be on families who prefer a fact-based education free of students’ religious proselytizing  to seek out expensive alternatives. The same goes for parents of kids who are often targets of bullying in the name of religious freedom, such as Muslim and LGBT students.

Even without this bill, Tennessee already fails on several fronts when it comes to accurately educating its kids — Tennessee provides abstinence-only education that “exclusively and emphatically  promote[s] sexual risk  avoidance through  abstinence,” and as of 2012, teachers are “forbidden from discussing non-coital sexual activity such as genital touching as an alternative to sex, which legislators have designated as the offending ‘gateway’ sexual behavior.”

And even without this bill, Tennessee already fails to protect its LGBT students. LGBT students and teachers already have no protection under discrimination laws in the state (although Chattanooga, Knoxville, Memphis, Nashville and Davidson County do have local city ordinances prohibiting discrimination on the basis of gender identity and sexual orientation). Anti-bullying laws for Tennessee public schools already don’t include specific protections for LGBT students. Last fall, the Tennessee Department of Education confirmed in a report that 5,478 reported acts of bullying happened during the 2012-2013 school year. That’s why the ACLU and local LGBT activist groups are hoping to pass HB 927/SB 1124, which would strengthen TN’s existing anti-bullying law “by clearly identifying common characteristics that all-too-often become the target of bullying in schools, including disability, appearance, sexual orientation, and gender identity and expression.” That bill is being considered in the House today. Plus, Tennessee is already legendary for its attempts to pass a “Don’t Say Gay” bill, which would’ve prohibited mentioning gay people at all in public schools, but luckily it eventually died. In August, the Rutherford County, Tennessee school board removed posters deeming Tennessee classrooms LGBT safe spaces, saying the posters were of an “inappropriate sexual nature.”

Clearly, SB 1793/HB 1547 will contribute to a climate of intolerance that is already killing young people in Tennessee. Jacob Rogers of Cheatham County Central High School killed himself in 2011 after years of anti-gay bullying that school officials did nothing to stop, even though Rogers eventually dropped out of school his senior year because he couldn’t handle the bullying. 14-year-old Phillip Parker, an eighth grader from Gordonsville, Tennessee, killed himself in January of 2012 after enduring anti-gay bullying. State Representative Jeremy Fasion, who voted in favor of SB 1793/HB 1547, said in 2012 that the suicides of these teenage boys were not caused by bullying but because “they were not instilled the proper principles of where their self-esteem came from at home.”

There are potentially subversive results of this law as well, of course. Wiccans, for example, would be free to paint all the pentagrams they want in art class, and if a Buddhist student is captain of the football team, they’d be welcome to lead the stadium in a pre-game meditation. But when you look at the numbers of religions represented in the Tennessee population, those scenarios seem pretty unlikely.

This is especially unfortunate because the tide is turning in Tennessee, just like it is in so many other places, when it comes to public opinion about gay people. A May 2013 poll of registered voters found that 49 percent supported the legal recognition of same-sex couples, and that 69% of Tennessee voters under the age of 30 supported legally recognizing same-sex couples. 2013 was in many ways a promising year in Tennessee for LGBT people, when a great deal of progress was made. 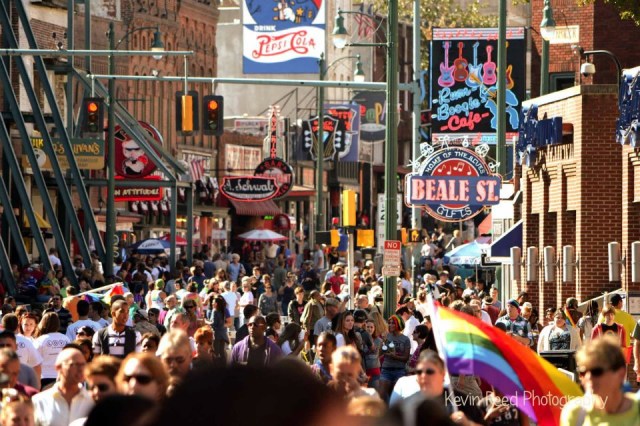 We can only hope that for all the citizens of Tennessee, including its strong and passionate LGBT community, that this bill isn’t signed into law.  To that end, the ACLU in Tennessee is collecting signatures on a petition coming out against the bill. It seems likely that the governor will sign it, if he’s not too busy appealing the recent ruling by Federal Judge Aleta Trauger that three Tennessee same-sex couples who were legally married in other states should have their marriages recognized as legal by their home state.

I think we can also all agree that Dolly Parton, patron saint of Dollywood, Tennessee, one of the most magical places on earth, would definitely not approve of any of this nonsense, for real.