It’s November, guys. I know this isn’t a news flash to most people considering it’s the 13th, but I’m still kind of boggled. When I lived on the West coast, November was simply another wet month, indistinguishable from any of the others. But now that I live out east I have come to the frigid conclusion that elsewhere in the world, winter is a Thing That Happens.

I love fall aka autumn aka Festive Fucking Gourd Season, so I’m pretty bummed to see it go. I know I can start celebrating fall’s arrival once the leaves change their hues, but how can you tell it’s over? Is it winter or is just a really blustery day? Is that guy wearing a Santa beard or did you just miss a memo on the current facial hair trend? I used to differentiate between the seasons by looking at my surroundings, but I’m pretty sure my neighbours have twinkle lights up year round and the retailers put out their Christmas decorations in August. 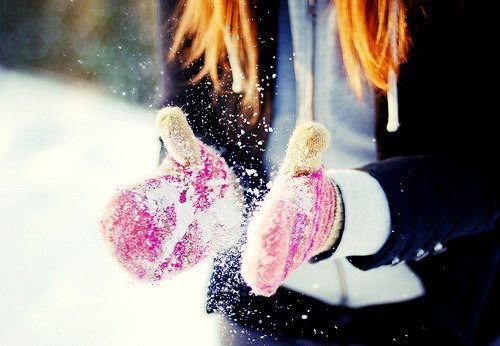 I am not applauding.

Sadly I have a few tells that make me concede defeat to mother nature’s wintry grasp and resign myself to spending a paycheque on a pair of Sorrels.

1. Three words: Frozen. Nose. Hairs.
2. Losing the ability to differentiate between 5am and 5pm.
3. Your initial observation that your city is overrun with smoking hot bois bundled in down jackets is sadly corrected once you hit on a disturbing number of underage boys.
4. Hibernation patterns + UHauling means your girlfriend is the only person you’ve seen in weeks.
5. The Alternative Lifestyle Haircut du jour is no longer the Undercut, Fro or Bieber, but the Toque.
6. All of your neighbours have traded in their fixies for skis.
7. The farmers’ market sole offering is kale, kale and more kale (which I’m okay with).
8. Everyone is completely tapped out of pumpkin beer.
9. The constant need for hand hydration unless you enjoy the sensation of fingerbanging with 50 grit sandpaper.
10. Five minutes of finger defrosting foreplay becomes a standard party of sexy times, along with the parka striptease.

What makes you admit defeat and embrace Jack Frost? I plan on drinking a ridiculous amount of mulled wine, hot toddies and blueberry tea and/or hibernate until A-Camp.